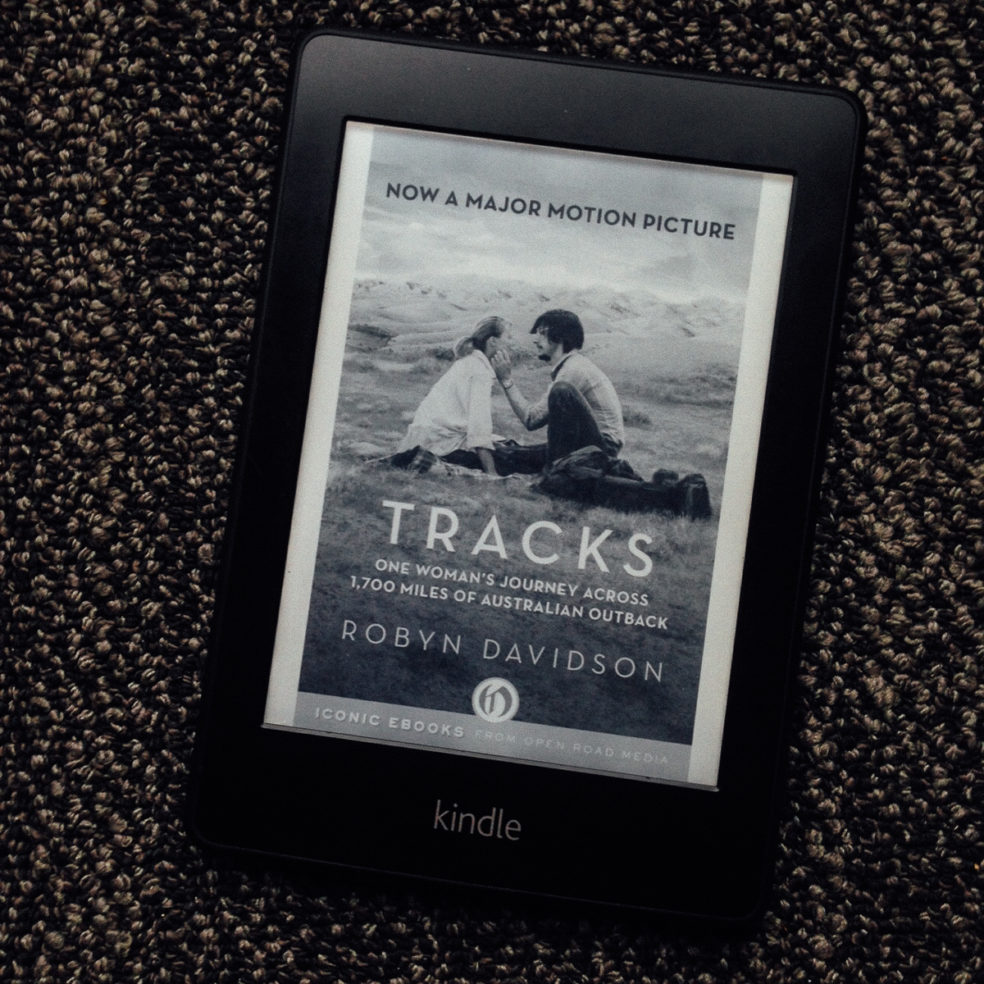 You probably know all about this little story, and so did I for the most part, but I still enjoyed reading this book. Robyn Davidson isn’t your typical human, so the idea of walking from Alice Springs to the Indian Ocean was something she felt she just had to do. In case you have just arrived from another galaxy(Flemming) just know this means walking across the width of Western Australia. How far? The technical answer is A LONG F&^%$%$ WAY.

Tracks follows this storyline starting with her landing in Alice Springs with no money and no training with the most important piece of her journey’s puzzle…the camel. She faced the typical “You are gonna die out there,” help that people who love you seem to want to heap on you in the minutes before departure.

But there is a twist to this little story, one that makes it perfect for this particular site. Davidson realizes she doesn’t have the money to make the trip, so she writes a letter to the National Geographic. Not only does the NG say “Yep, we are interested,” but they want to send a photographer. Anyone who has been around photography since the 1980’s will know about Rick Smolan. His first assignment for the NG ends up being Robyn’s trek. Just as the tracks across WA are rutted and rough, so is the relationship between Robyn and Rick. She wants to be alone but needs the money, and he wants what every documentary photographer wants….full court press coverage. Her writing about the experience of being photographed is something worth reading, and oddly enough something that many photographers don’t really think about.

On a sidenote, during my trip to WA I ended up traveling through three of the towns that Robyn traveled through. I wish I had known this fact then. Wiluna, Meekatharra and Carnarvon.

This story was also turned into a feature film. And there is also a wonderful mixed media piece by Mediastorm.