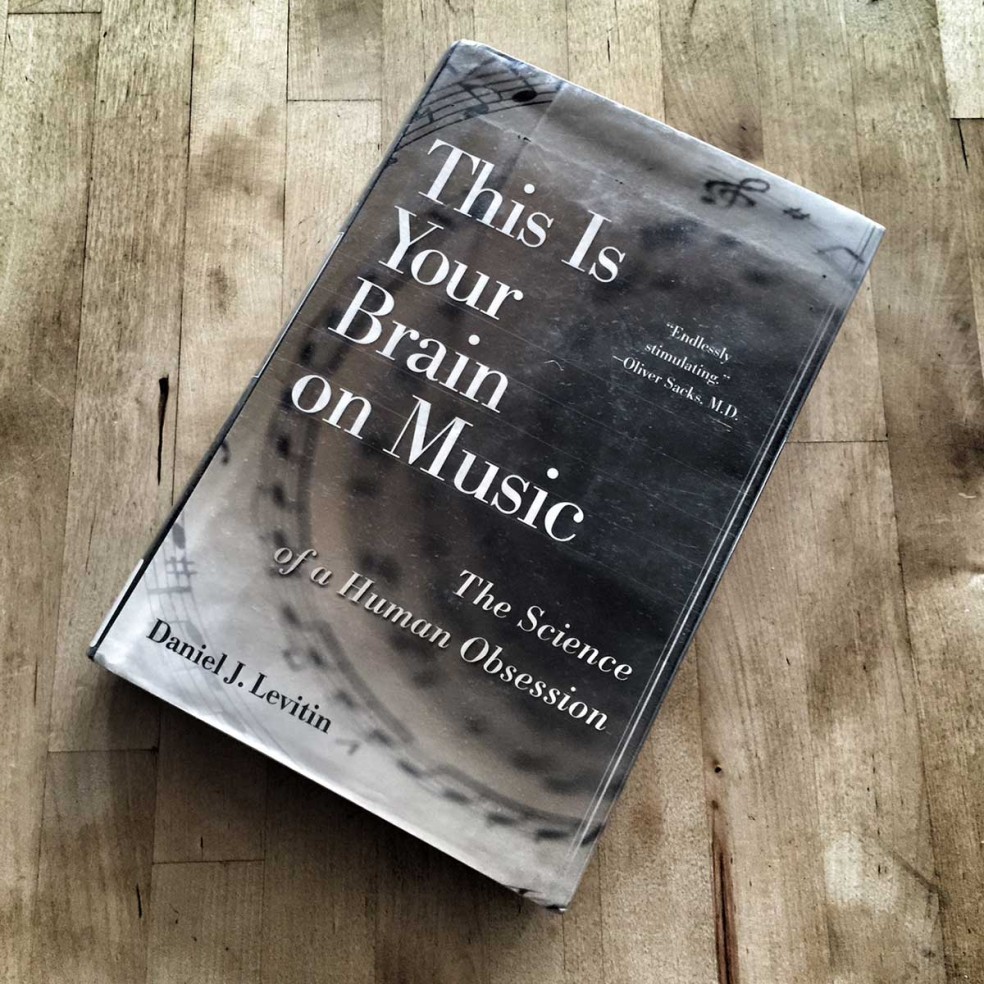 There is a line in the movie Margin Call where the Jeremy Irons character is asking a young analyst to sum up his findings in regard to an impending financial collapse of epic proportion. “Please, speak to me as you might to a small child, or a golden retriever.” I love this movie and I love this line. When I opened “This is your Brain on Music,” I was immediately reminded of just how little I know. When it comes to the human brain and music there are connections that cannot be denied and there are even things that have yet to be explained. But let’s just say this. When the human brain is working on music it is functioning in a unique way. Having picked up the guitar a year ago, and still sucking beyond belief, I can second the notion that playing music requires everything I’ve got when it comes to brainpower.

There are two passages I wanted to highlight here, both are what I would call fringe comments to the overall theme of the book but still vitally important when in context.

Now, the success and failure quote should be etched in the minds of all photographers and bookmakers. Much of what I see in these industries is derivative, boring, safe, predictable and sterile regardless of how many likes it receives. Failing is fantastic, and if you aren’t doing it on a regular basis you aren’t trying hard enough. We have developed a culture that fears failure, and God forbid anyone talk about it or admit to it. Maybe it will rub off on social numbers and the great facade will develop hairline fractures?

What Levitin does is break down music’s inner workings, history and context in our evolution as a species. This book will surprise you again and again, and is entirely worth reading especially if you think you know everything about neuroscience and music.

Now, I’m going to go pick up my six-sting and fail.