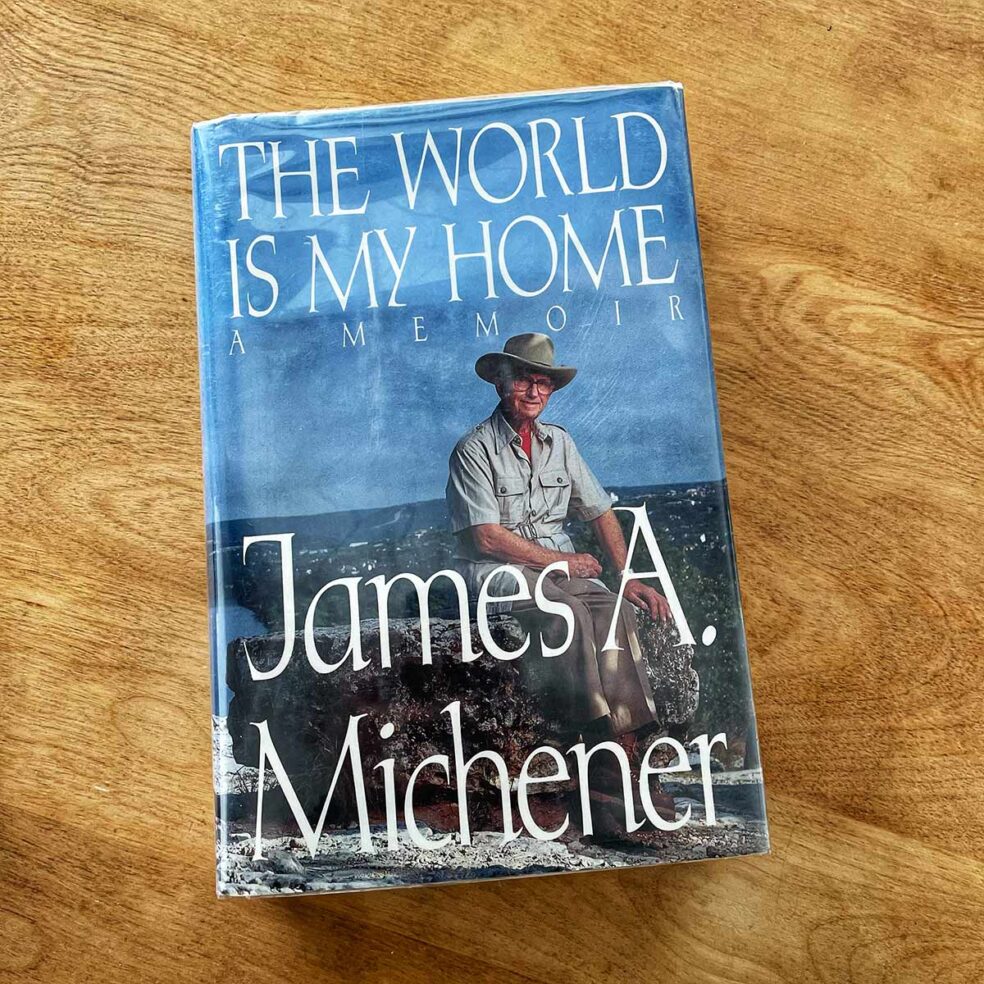 I didn’t know much about this book when I cracked that front cover. Yes, I knew Michener was an author but had read little and knew even less about the man behind the words. This book was like a gut punch. Life is not a competition, at least to me it isn’t, and I think those who live as if it is are often my least favorite people. But Michener lived a life that just doesn’t happen anymore.

At one point in the book he casually lists off about a half dozen things that aren’t even really covered in the book, and any one of these items, chances are, would be at the very top of our resume. In all caps. There were the exploratory early days of hitchhiking all over America. There was the WWII special pass to go anywhere in the Pacific theatre of war he wanted. And at 40 years old with $800 to his name he had yet to write anything for the general public.

He was a worker, a grinder, and spent roughly three straight years on his longer works. At one point over a less-than-a-decade span, he wrote eleven books. His research alone was staggering. Now, he does not lack confidence and there were many references to his own skill and success but it never went too far, and frankly what he was doing DID deserve a pat on the back.

The World Is My Home is a book about a lifestyle, a philosophy, and a drive that is commendable. In more modern terms you could say he “smoked life to the filter.”