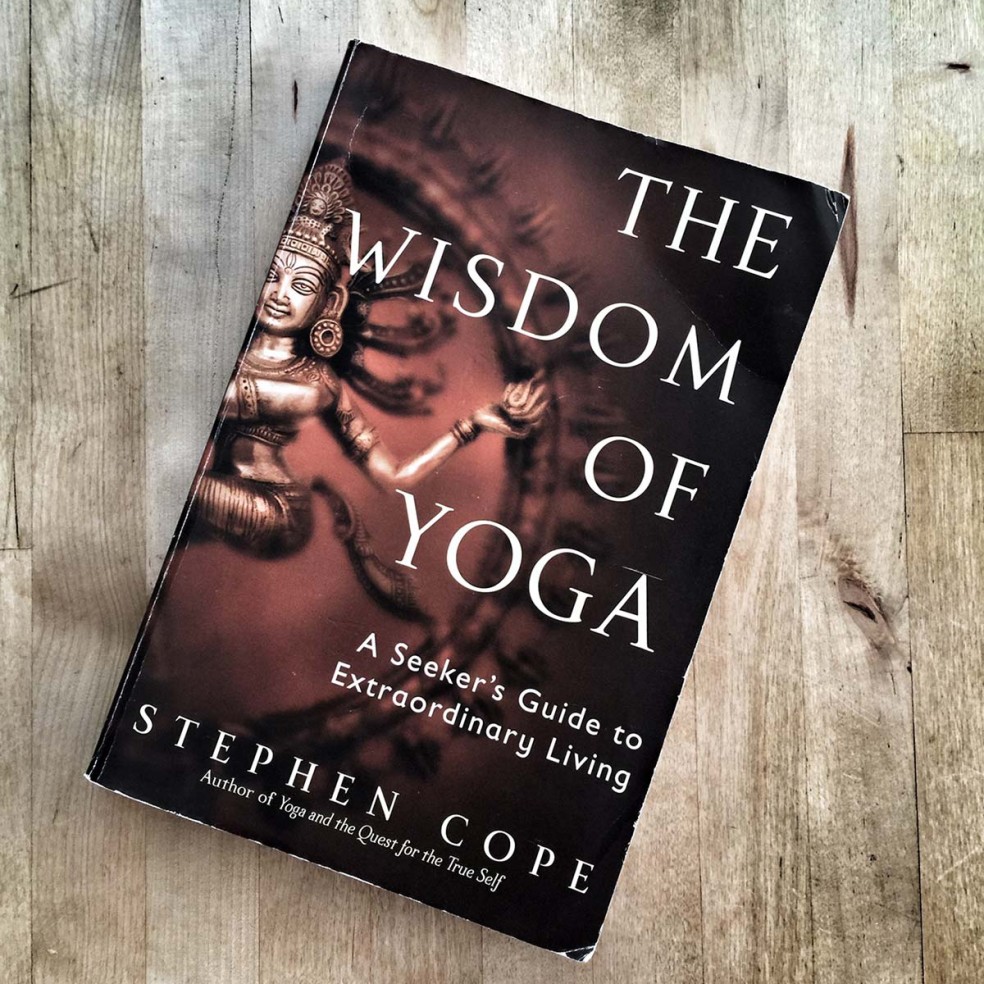 For those of you who don’t know, yoga is a big part of my life. I’m not going to wax poetic about this practice however. Yoga occupies only about thirty-minutes of my day, but it’s perhaps the most important thirty-minutes I have. I can’t explain it, don’t even want to try. This little yogic voyage began in Los Angeles, years ago, somewhat by “accident,” although I no longer truly believe it was an accident. It was a calling. I was hurt and yoga found me.

I was a mess when this began, meaning I had no idea what yoga was, how it worked or what it was about. I, like many, said “Oh, I can’t do yoga because I’m not flexible.” This is still true all these years later. I’m not flexible by any stretch of the imagination. Get it? Stretch?? Flexible? I digress.

What I didn’t know all those years ago is yoga has little to do with flexibility. Yes, yoga has been turned into a competitive sport, especially in places like Newport Beach, Los Angeles, etc. People wear all the right jewelry, get all the mystical tattoos and roll into their classes in $100,000 Rovers. Actually, all of this is fine. Totally fine. Yoga is a book that reads differently for each individual. The only thing that matters is doing it.

When I started I was a bit petrified. Doing yoga in Newport means you are surrounded by UBER yoga women. Yes, this in itself is a GREAT thing. Women who do yoga are some of the most beautiful creatures you will ever set eyes upon. It’s fact. But, when you are new, aren’t flexible, can’t balance well and are self-conscious it can make things difficult, at least on the mental side. I envisioned myself careening out of a pose and dominoing the entire class. But a strange thing didn’t happen. I didn’t fall over. I began to concentrate. TRULY concentrate. And when I did the door began to crack and I was shown a world I never knew existed.

In September of 2013 I was diagnosed with Lyme Disease. My plans of cycling across the United States were put on hold, as were most of my daily duties. I was destroyed. For over two years I battled this disease, and the mainstream medical community and United States government who have done little else besides lead the American public astray in regard to how widespread and how devastating this disease actually is. (The UK just formed a new Lyme task force this week.) I could no longer cycle, run, complete long hikes or do much outside of what my main job responsibilities were. In short, it was, and sometimes still is, BRUTAL.

About a year ago I decided “I’ve GOT to do something.” I closed my eyes and wondered. Yoga. Boom. Just like that. I crafted my own routine, based on past classes at yoga facilities, and I began. My body felt like it was frozen, each day cracking a bit more and a bit more. I was already down twenty-pounds from my normal weight, and I began to lose even more bodily matter. I would see the faces of friends who hadn’t seen me in a while and could see how scared they were. Later I would find out that there were discussions about me filtering around the ether, about how thin I was, how sick I was. One good friend said “I thought you were wearing eye makeup because your eyes were so black.”

My routine was twenty-five-minutes. “If I can just get through it,” was all I could think. And I did. And over time I began to change, not only physically but mentally. Something happened.

I began to disappear. Not physically. Mentally. In the midst of my routine I would leave this place and enter another place. Calm, clear, empty and yet entirely full at the same time. Full of what? Can’t say. Still don’t know. Just know it’s there. I would reemerge from my routine, soaked in sweat and knowing I had just done my routine but had no memory of doing so. The door was wide open.

This experience ate at me, continues to, but led me to this book. The Wisdom of Yoga is mind-blowing. The book details the history of a vast spiritual science recorded in a text called the Yoga-Sutra. The text breaks down the mental side of yoga, revealing that THIS side was the original intent. What I love about the book is how it blends the spiritual side with psychology, neuroscience, religion and philosophy. It’s not a woo woo book. And let’s face it, I’ve been spiritually bankrupt my entire life. I’m hoping to remedy this.

The key to this book, for me, was that it acted as yet another reminder. A flick of my ear.

I feel intense change on the way for old Danno. At the heart of this change lies what I’ve experienced in the last year. I’m looking at things differently. I feel things differently. I find myself detaching from the clutter of modern culture. There is simply no place for it now. And what I’m beginning to understand is that there is a vast world out there waiting to be explored. It’s a world we might not be able to see, but it’s a worth that exists entirely inside of us. Already. It’s all there, just gotta find it.