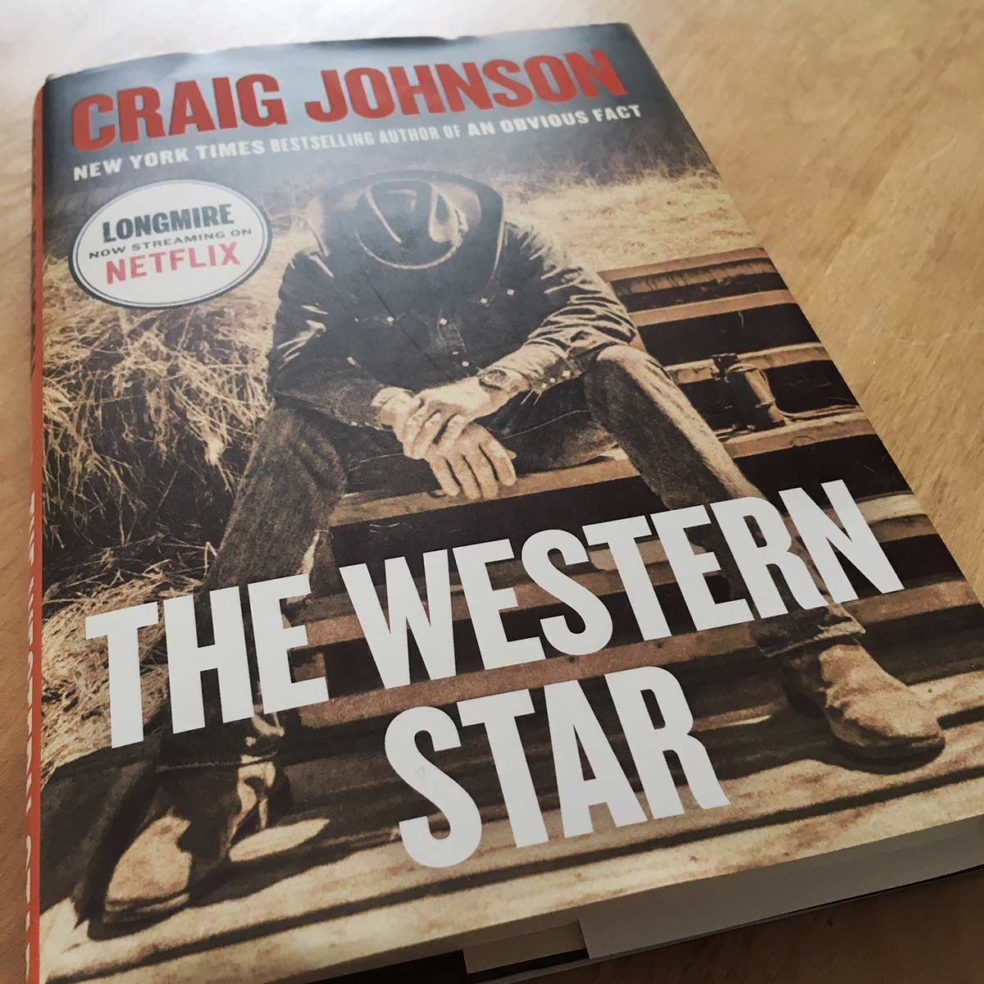 I needed a book like this. Given to me by a friend, The Western Star, is another book(Longmire #13) in a long line of books from Craig Johnson who is the creator of the “Longmire” series, which is now a television show filmed in of all places…..New Mexico.

But the Longmire series is actually based in Wyoming, which as you know makes the perfect connection for me. New Mexico and Wyoming, my two favorite places on Earth.

This book is set in Wyoming, and just reading those names of Laramie, Rawlins, Wamsutter, is enough to make me want to jump in the truck and head north. A murder mystery. You know the drill. The twist in this case is that all the players involved, well most of them, are law enforcement folks. Mano a mano.

When I read a book like this I’m simply looking for story. I’m less concerned about prose and more interested in dialogue. If you like this kind of book then go for it. It’s great to see someone like Johnson create a character, start a series, find success and ride that into the world of episodic television. Way to go CJ.