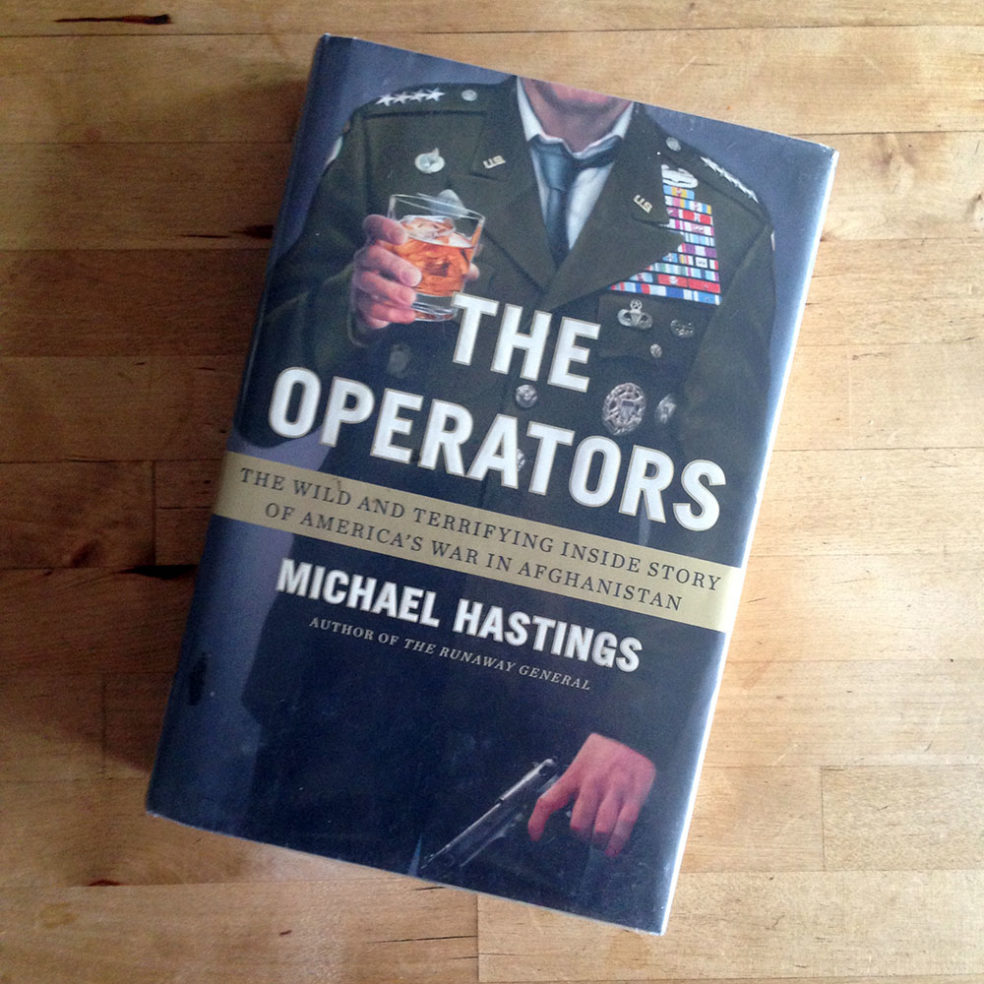 I’m fascinated by war, but I don’t dream about it nor do I think it’s a good thing. I’m interested in the guts of it, the truth of it no matter how damaging, and I’m truly f%$%$# intrigued by why we keep making it. We all know the reason right? Money. In the words of Hunter Thompson, “War is good business.”

How about $360,000,000 flying out of Kabul by corrupt officials? How about the $59,000,000,000 military cost for one year of the war? That’s “billion with a b.” How about the billions unaccounted for? How about our vague and less than stellar reasons for going to war in the first place? How about the fact Afghanistan has been at war for over thirty-years straight? “The Operators” is a first person, journalistic approach to telling the BTS (behind-the-scenes) of America’s war in Afghanistan. The players, the key pieces, the head honchos and the remarkable amount of chaos, both personal and professional, that lives behind the scenes.

I’m also fascinated by war because it seems that so many Americans aren’t. Does anyone know we’ve been at war in Somalia or Yemen for YEARS. Special Ops troops are scattered in dozens of countries around the world, and our political system is the pimp that keeps boots on the ground.

I like many things about this book. Michael Hastings writes for Rolling Stone which is somewhat of an oddity in the war scene. I love this because it gives him freedom to write like a human being, and it probably gave him a different kind of access with the powers that be.

You also learn that doing this kind of work is brutal. Not only the danger part but the logistics of following high-level military folks around the world. Not to mention the fact that the author walks a fine line between loyalties. This is one of the most important points I can make about this book, especially for those of you who have never worked in journalism. The author has to consider journalism, the people he’s covering, the story, history, the countries he’s reporting about, etc. People, in moments of intimacy, excitement or nervousness will allow you glimpses into their true world, but what you report can have serious impact on their lives. I don’t want to blow the ending, but if you need proof just read this book.

Reading this book now, several years after it was written and you realize it’s all still going on. Two days ago a bombing in Kabul with approximately thirty dead. Yesterday the leading US general asks for more troops. How many people know? How many actually care? Is it even possible to leave? Having said all this…I’m still as fascinated by Afghanistan as I ever was. Never been. Might not ever go. I have no place in a war zone nor am I particularly brave. Thankfully Michael Hastings is. Get it, read it.