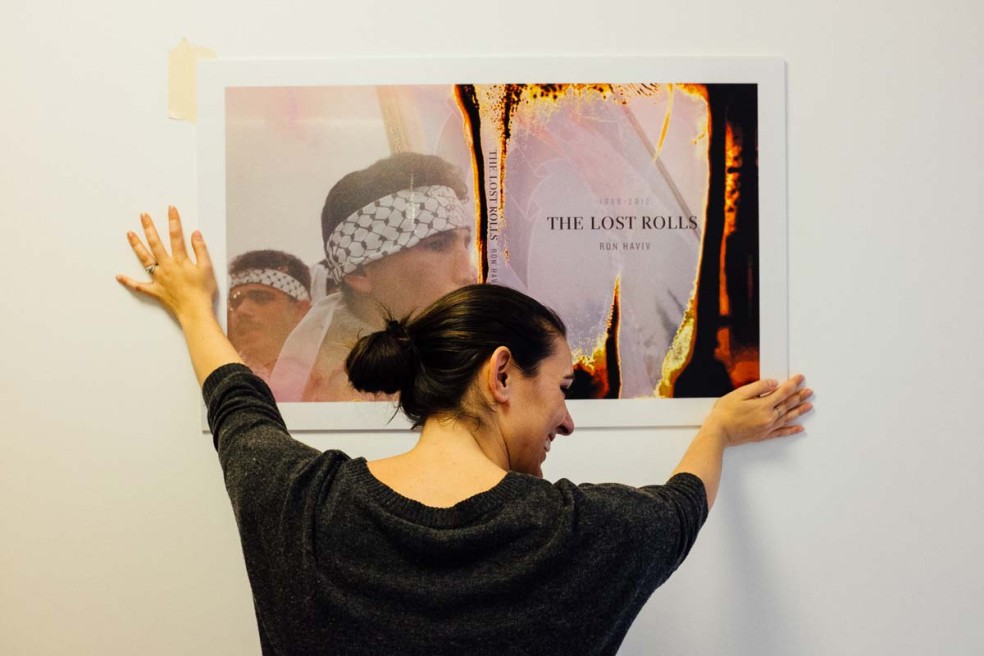 As the sun rises on Armistice Day here in France I wake thinking of last night’s event. “The Lost Rolls” Paris exhibition, fittingly held in a unnamed space in Le Marais, was the first European opening for the collaboration between photojournalist Ron Haviv and Blurb. The idea of this event unfolding first sparked nearly six months ago when the decision was made to expand this project into something more than your average expose´. “Where should we launch?” “Paris.” Considered by many to be THE city of photography, Paris provided the perfect background for a project focusing on history, memory, chemistry and the global transition from analog to digital. In attendance were fellow photographers, writers, journalists, publishers, curators and the greater public at large. The projection technique we used in New York was adapted for Paris(Thanks Brendan!) and the lost and found images of The Lost Rolls play out like Cinema Verite. The focus of the evening was a short talk between Ron and I with Elizabeth Barelii from Blurb acting as translator extraordinaire. The talk gave background as to how the project came to be, as well as the insight gained from working on a project that isn’t simply another photo project or something created solely to showcase the talent of the photographer. “What is so intriguing,” a guest whispered to me. “Is that this project is so different from anything I’ve seen from photojournalism.”