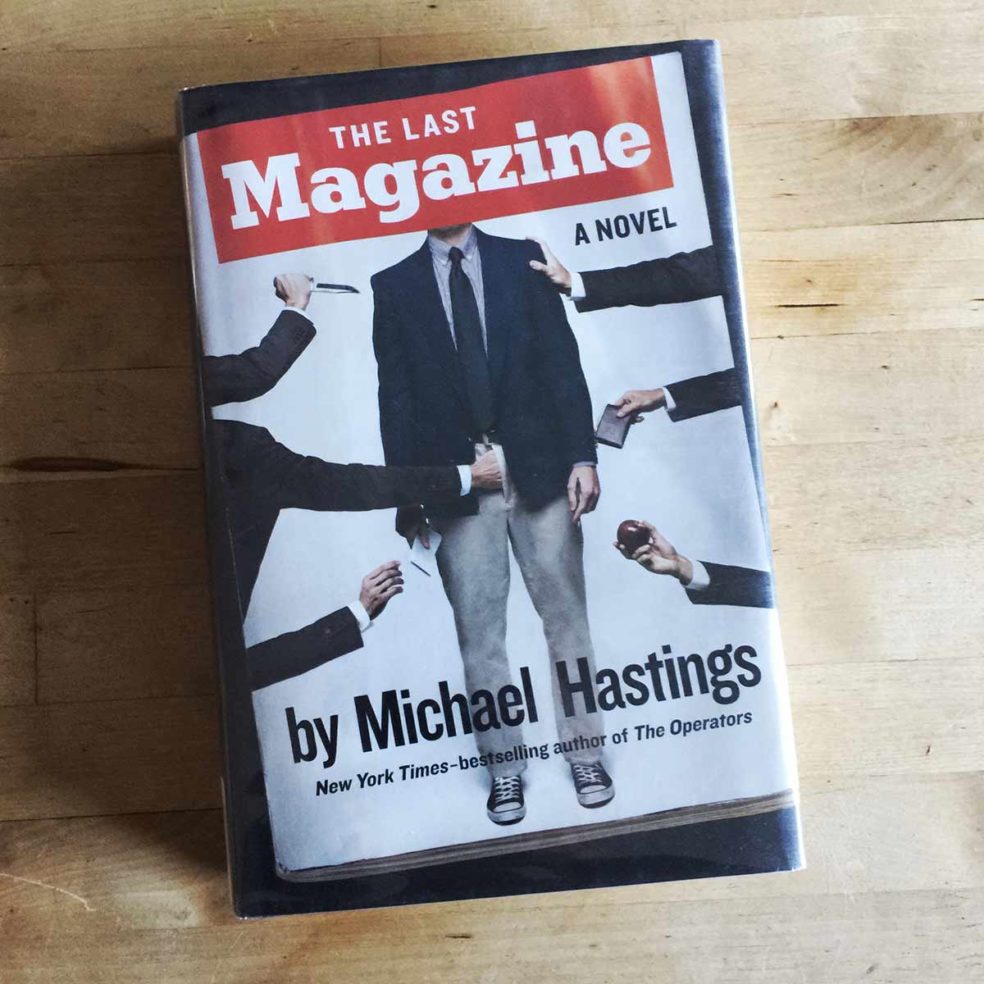 Okay, I’ll read anything that shines a light, however unflattering, into the darkness of the editorial world. Fiction, nonfiction etc. But I’m getting ahead of myself. If you faithfuls remember, a few short weeks ago I posted about another book by Michael Hastings. This prior book, The Operators, went off like a Cat 5 when the story it was based on broke in Rolling Stone. In short, it ended a high ranking US military general’s pseudo reign and ushered in Michael Hastings as a young journalist of note.

I found out that Michael Hasting was killed in Los Angeles several years back, and the circumstances of his death are strange to say the least. Ruled an accident, but if you read what he was doing and saying in the days before his death doesn’t make you wonder I’m not sure what will. Said he was on to something big and that he was afraid to drive his car. Look, with what we know now about our government and military, one thing is for certain. The bulk of the players lie for a living. Why was the FBI investigating his reporting?

Okay, on to “The Last Magazine.” If you have ever done an assignment for a NYC based editorial outlet you know how generally f%$%$# up, or potentially awesome, that world can be. This novel was found in Hasting’s archive after his death. It’s a thinly veiled account of life at “The Magazine.” Which one? Read the book. For me this book brought back so many odd memories of strange encounters with NYC editorial people like the photo editor who didn’t know what or where Cambodia was, or the handwritten apology letter I got from a DOP who forget to credit me on my photo-essay. I never worked FOR these magazine meaning I was never on staff. Just a freelancer, so Hastings humorous account is more of an inside job.

I can’t say this book is great, but it’s frank, and again, if you love magazines you just might enjoy the perversity of it all.