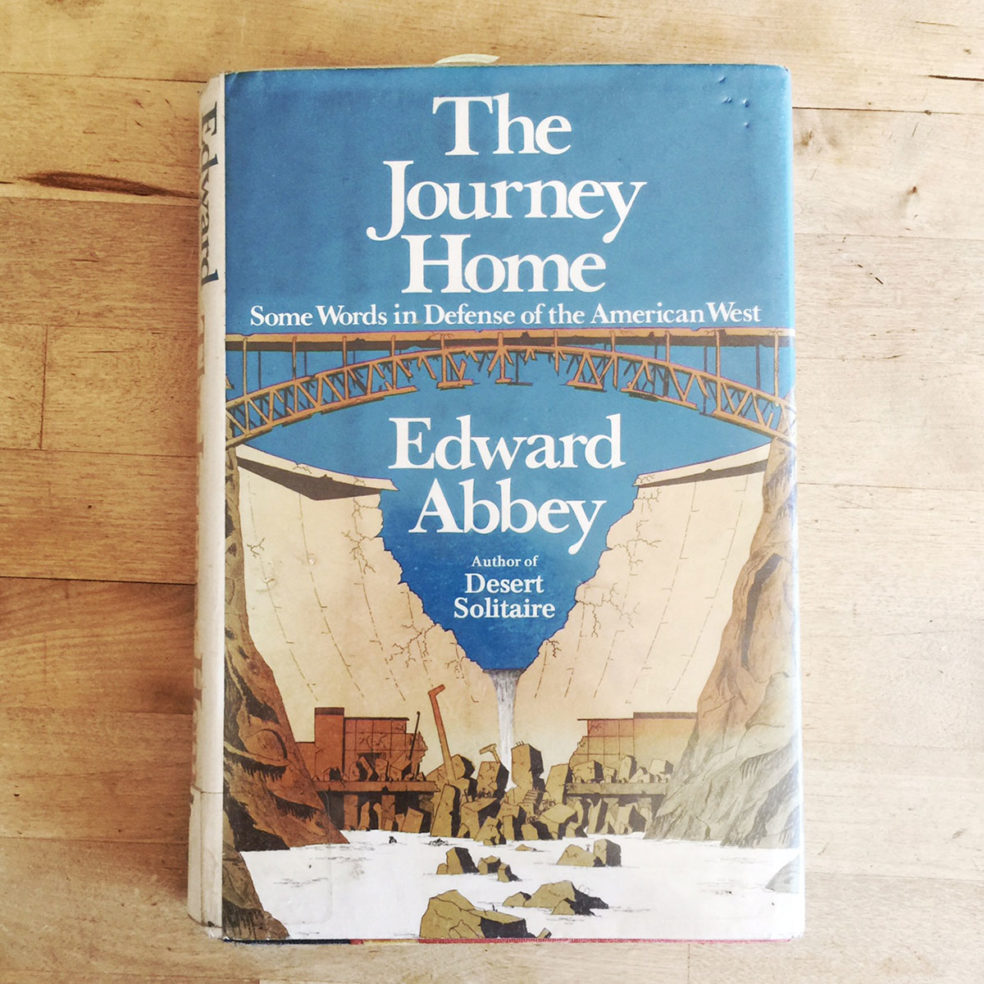 This Edward Abbey book fell in my hands at the right time. “The Journey Home,” is a book of essays from one of the most interesting nature writers I know. I would call Ed Abbey a reluctant writer but I’m not entirely sure that’s accurate. The book begins with a disclaimer. “I’m not a naturalist.” He defies category, something that infuriates all the those people who want to put someone else in a specific category so they can quickly make sense of them when the time comes. Abbey is dead, but I wonder just how disgusted he would be with what has become of The West and our culture for that matter. Cities, crowds, development, energy, water, oil and power. All things he spent his life questioning.

The subtitle is “Some Words in Defense of the American West.” Defense is the right word. Do you know about the proposed bills that would turn public, federal land over to the highest, private bidder? If these bills pass The West, as we know it, is gone. Owned, subdivided, parceled, fenced, secured. Massive swaths of land. Pristine land. What was yours is now mine. Abbey would have gone down swinging. Get it, read it. Then go out and throw your own haymakers. If we don’t do it who will?