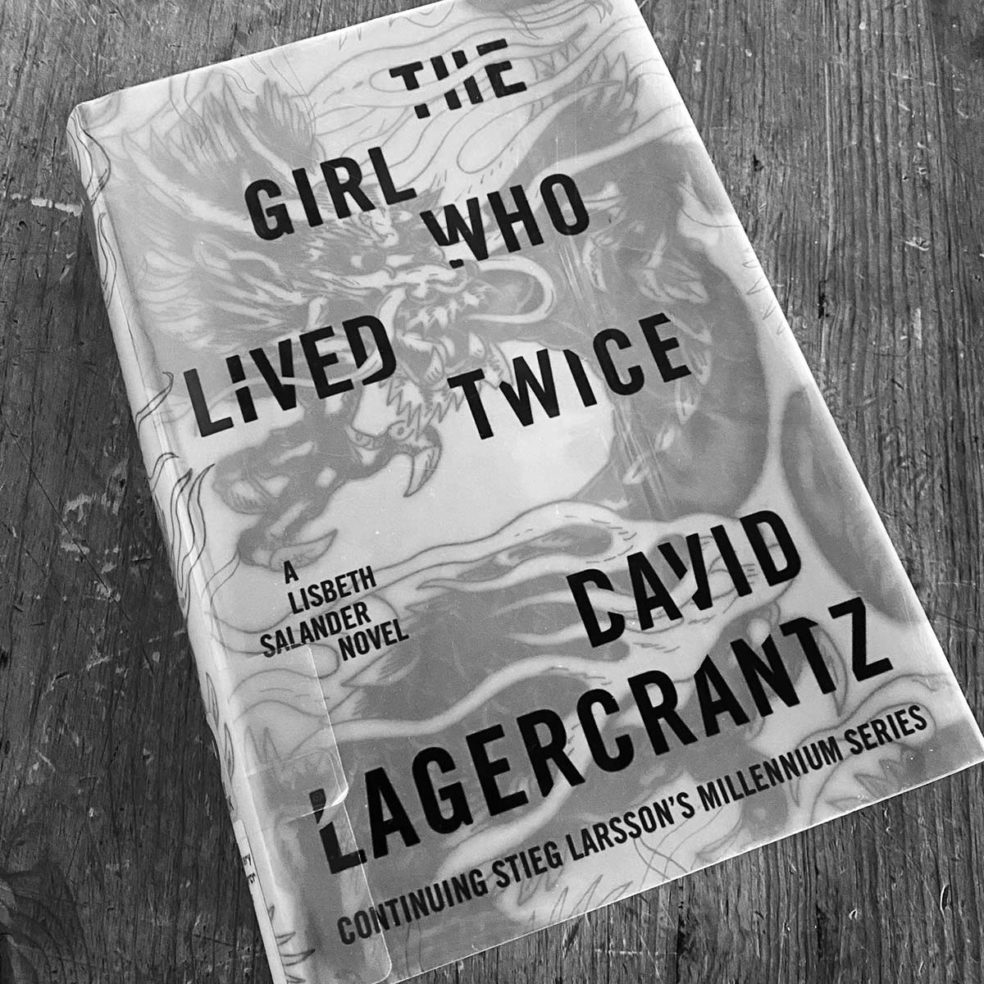 Guilty pleasure. In my opinion, The Girl With the Dragon Tattoo (American Version) was one of the best films of the last decade and the Lisbeth Salander character was one of the best female roles of the same era. The fact Ms. Mara didn’t win the Oscar is a travesty. As is the fact there are apparently no plans for any more films in the American series. (Yes, I did like the Swedish films.)

As you would imagine, I’ve read everything else in this series including this latest offering from David Lagercrantz who has taken over the series after the death of author Steig Larsson. If you like this series then there is nothing I have to say. You will get it and you will read it. “The Girl Who Lived Twice” has all the bits you think it will have and a few more.