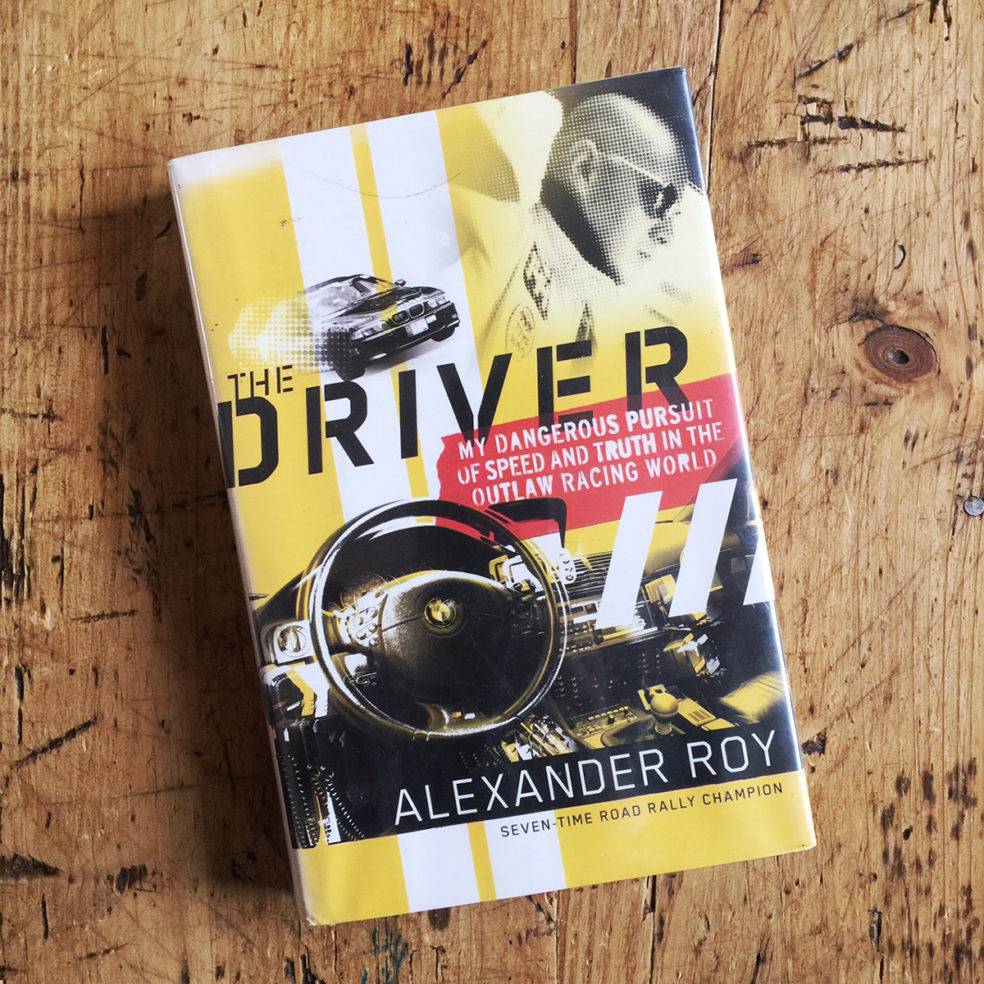 I’ve never had a speeding ticket.

I get excited by gas mileage.

I’m buying a Subaru and not even getting the turbo option.

So there was no real reason for me to read or like this book, but I did and I do. When I was young I remember watching a movie called “Gumball Rally.” with my mother. Yes, my mother. I am the master of high mileage, low speed while my mother used to drive a black Porsche 911 she called “Darth Vader” and got pulled over numerous times only to talk her way out of every single ticket.

My father was macho. Loved to say “tromp it,” or “hit it,” or “punch it, punch it, punch,” like Steve McQueen in The Getaway every single time we got in the car, but he was just as slow as me.

Alexander Roy brings us “The Driver,” which is a book about speed, history and obscure, outlaw races. Now, you could say these races are stupid, illegal, dangerous, wasteful, macho and counterproductive to society in general, and you’d probably be right, BUT so what? Did Burt Reynolds HAVE to jump the bridge that was out? No. But he did it anyway and we are all better for it because they ended up making SIX more installments of Smokey and the Bandit.

The book slowly and interestingly builds to a fever pitch as the author and co-driver attempt to break the speed record from New York to LA. I won’t ruin the surprise, but what you should know is the crazy amount of work put in before the car is even turned over. MONTHS. ELECTRONICS. JAMMERS. RADARS. BINOCULARS. AND A FILMMAKER IN THE BACKSEAT. INSANITY.

This book is a quick read. Get it? Quick read? Okay, I’ll stop. Get it, read it.