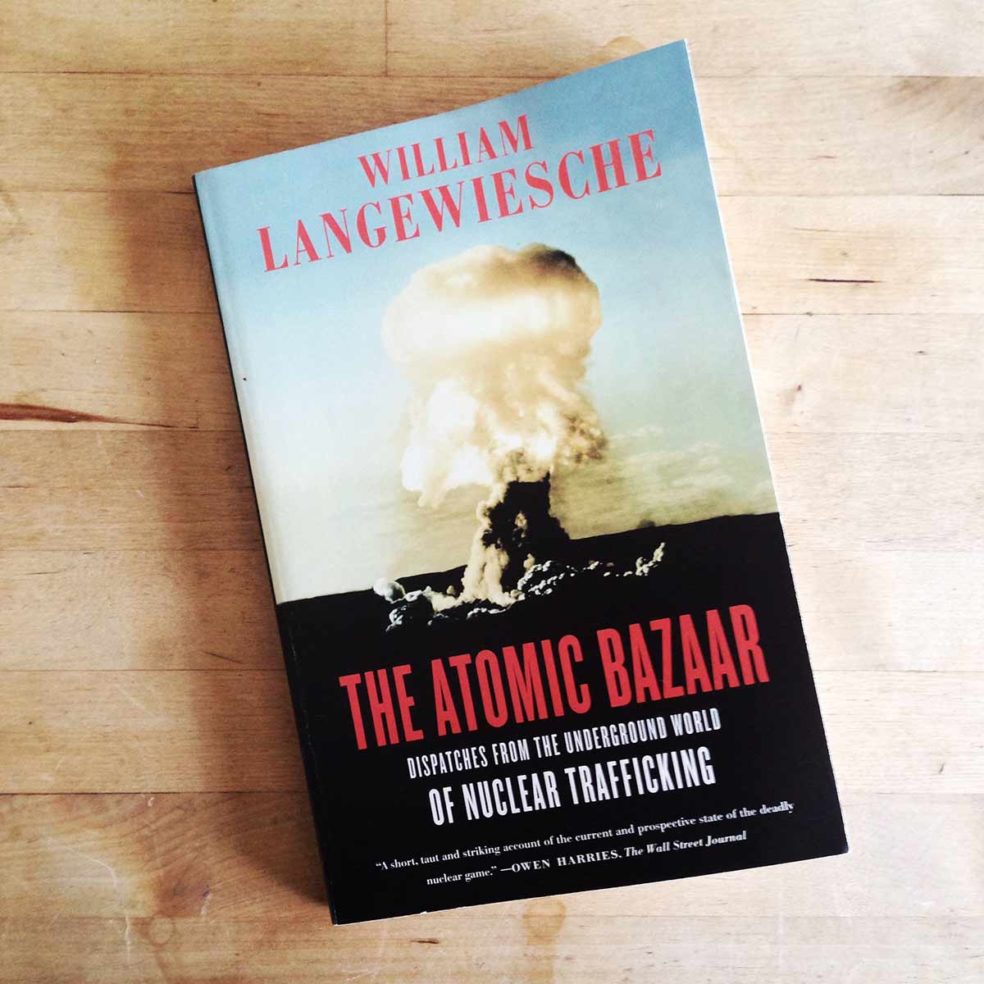 Who doesn’t love a bomb book?

I thought this a fitting read as I sit in SoCal waiting for the crazy guy with the bad haircut to turn me to dust. Trump I mean. Who did you think I meant? Ha, ha, a joke there. Did you see it coming? With “Donny the Disease” on one side and I don’t even know what to call him on the other it’s obvious we are about to be dealt a hand we might not ever get a chance to play.

William Langewiesche brings us “The Atomic Bazaar,” a how to, or how not to, book about arms trafficking in the nuke age. This book reads like a novel, a scary novel, but one filled with some of what you would expect and some of what comes out of right field. Like how would someone REALLY try to steal HEU(highly enriched uranium) and then assemble a bomb? We’ve all seen movies, heard rumors, but how would it really work? Turns out it’s harder than you would imagine, even if things are stacked in your favor, but not IMPOSSIBLE.

Remember those innocent days of “Oh hey, we are building this bomb because it is so horrible it will be the device that ends all wars.” Well, that didn’t work. And what we ended up with is a world of haves and have nots. And the have nots want to be the haves, and thanks to countries like Pakistan, many are seeing their wishes granted.

Langewiesche, besides having a name I can’t pronounce, or even spell correctly, is a damn good writer who turns this potentially jargon-laced nightmare into a book you wish was four times the length. He’s written for Vanity Fair, The Atlantic, etc. which means he gets to go the good parties and knows the right people.(Jealous) And he probably takes really cool vacations.(Just guessing, and still jealous.)

I can’t imagine a world where someone sets off one of these babies, but based on what is happening now it feels like not if but when. We have “The Freak” in the White House. N. Korea, Iran, Pakistan, India, China, France, UK, etc. Someone is going to royally f^%$ up and f%$# us all. Why does it feel like our “leaders” are the dumbest people around? I mean like REALLY dumb. Like stupid, reactionary, out of touch, isolated, fake, arrogant, delusional and CLEARLY working from an agenda that has nothing to do with the will of the people or our best interest. I can’t answer that question. Maybe someone out there can?