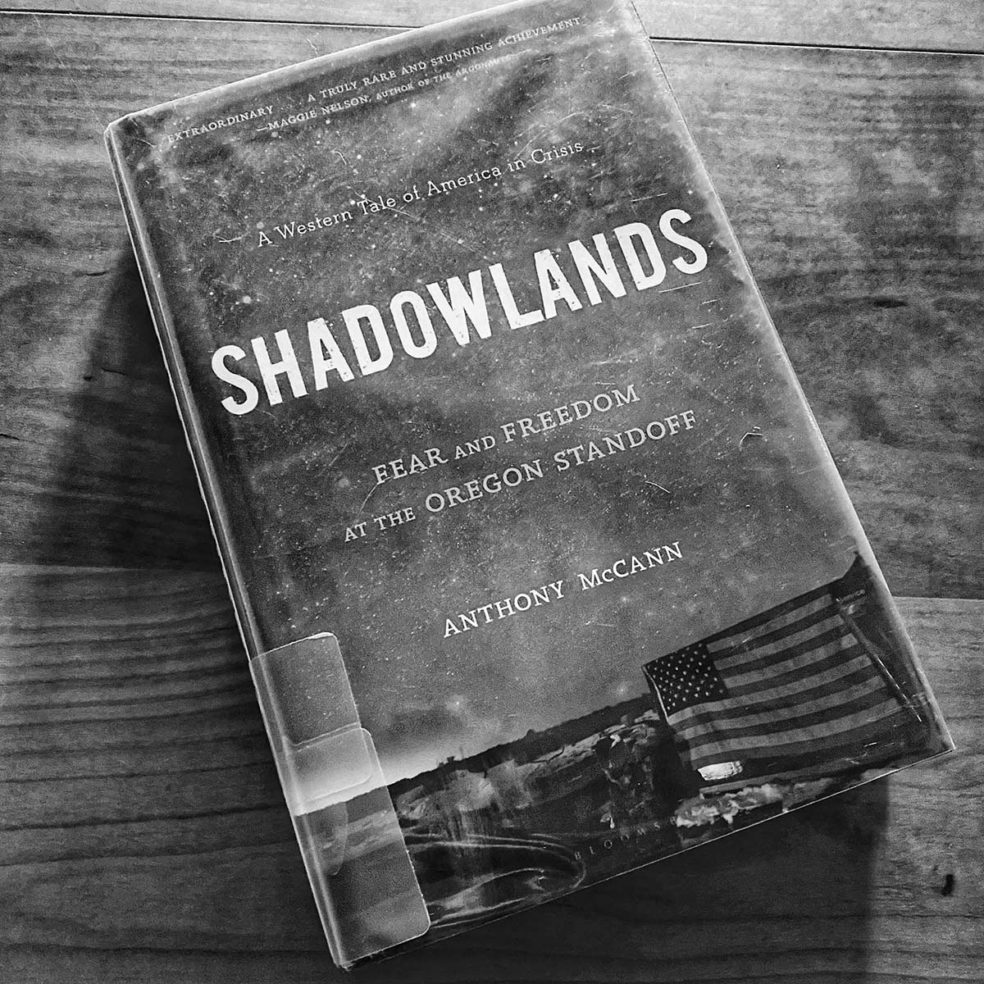 So during the time I read this book, I questioned friends and strangers about this story. “Hey, remember when those guys took over the wildlife refuge in Oregon?” Not a single person knew this story. So incredible in so many ways but this little gem unwinds one of the most complex, odd and alarming stories in recent American history. At least in my mind. And as someone who lives in the West, this story and this book really hit home.

“Shadowlands,” by Anthony McCann does a masterful job of telling this tale, one of religious intensity, mythical views of land rights and a lost tribe of unsettled individuals who seem to have read history books missing two-thirds of the pages. But here is the thing. These people are committed. And their number is far higher than you might imagine. And they are armed. It would be easy to dismiss this entire movement and their peculiar view of the world, but that isn’t the best idea. We need to understand the ideology and then work backward to understand the cause.

Who understood this ideology and then exploited it for personal gain? Trump. Yep, you know the guy. He is as far from this group as humanly possible but he knew he could connect with this undercurrent and that these folks were his base, for the most part. (Some were rabidly opposed to candidate Trump.) The key is the Repubs understood both the undercurrent and sentiment which is what allowed them to tap this group. (From what I am seeing and hearing they still understand it and the Dems are getting further and further away.)

But this book tracks a specific group (Bundy family and associates) which was very much in the news both during and after the crux of events. From the gathering of the storm to the taking of the refuge to shootout death of a high profile member to the unraveling of the court cases that followed.

This book points to the fragility of our entire system. Things you don’t think can be questioned actually can be and when they are it brings the system to the brink. Like “The court has no right to actually interpret the constitution.” Or the concept of “Sovereign Citizen.” Look that one up and be prepared for the job it will do on your brain. But the one aspect of this that I find most disturbing, and this book is one of many I’ve read that hints at this same idea, is that of civil war. This community appears to be waiting for end days and the chance to finally exercise the militia style life they covet so dearly.

I’m doing a disservice to this book with my description so my advice is to get it and read it. And then investigate the points you find most poignant. All I can say is, “It’s complicated.”