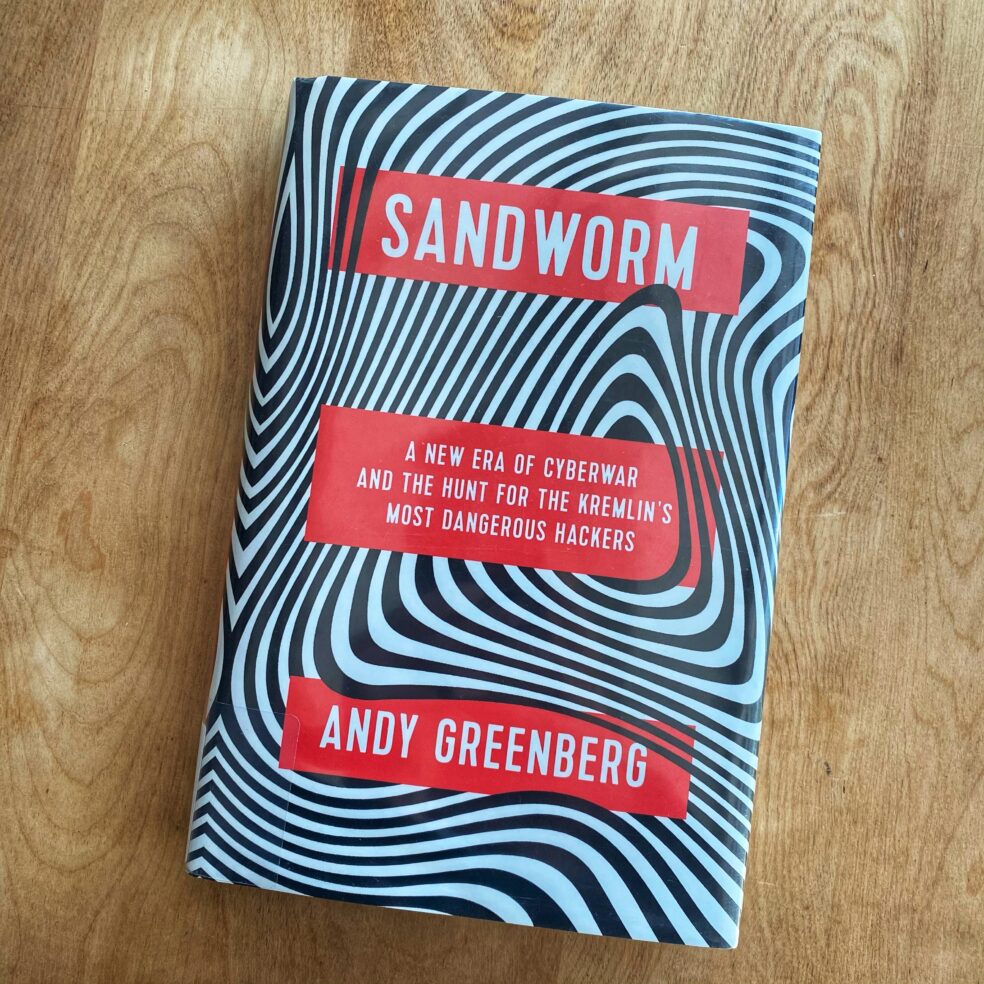 Okay, the Russians don’t mess around. Wait, strike that. They do but only in the sense of wreaking massive international destruction via what could arguably be considered the most talented team of hackers on Earth. And they are not shy about showing off. How do we know this? Because we have years of real-world evidence to ponder.

Sandworm, by Andy Greenberg, is a detailed look at several different Kremlin-based hacker groups and several different examples of their wonderfully wicked talents. And man do they know how to wreck shit. Just ask Ukraine, the NSA or the South Korean Olympic committee. And guess what? They aren’t done yet.

One of the terrifying aspects of the book is the realization that these hacker groups have penetrated the highest levels of our government, but perhaps even more chilling is the idea they have infiltrated the power grid. I think the pandemic has shown how divided and unprepared America really is. Now imagine being in the pandemic without power. For a month. Ya, you get the point.

Greenberg, of Wired fame, is a total and utter geek. I don’t know Andy and I have never met him, nor will I probably ever, but it takes a geek to dig this deep and it takes a real journalist to get on a plane for places like Russia and Ukraine while you attempting to meet players face to face while piecing together a story that touches on topics like “What does declaring war mean when it comes to cyberspace?” “How does one retaliate and should civilians be considered fair game?”

Just a matter of time. Putin has proven time and time again there is no boundary he will not cross when it comes to sabotage, assassination or invasion, and there are a lot of Putin-types running around this rock. Some with American addresses. So my friends, get your ass ready because when it goes down, there won’t be anyone coming to help you.