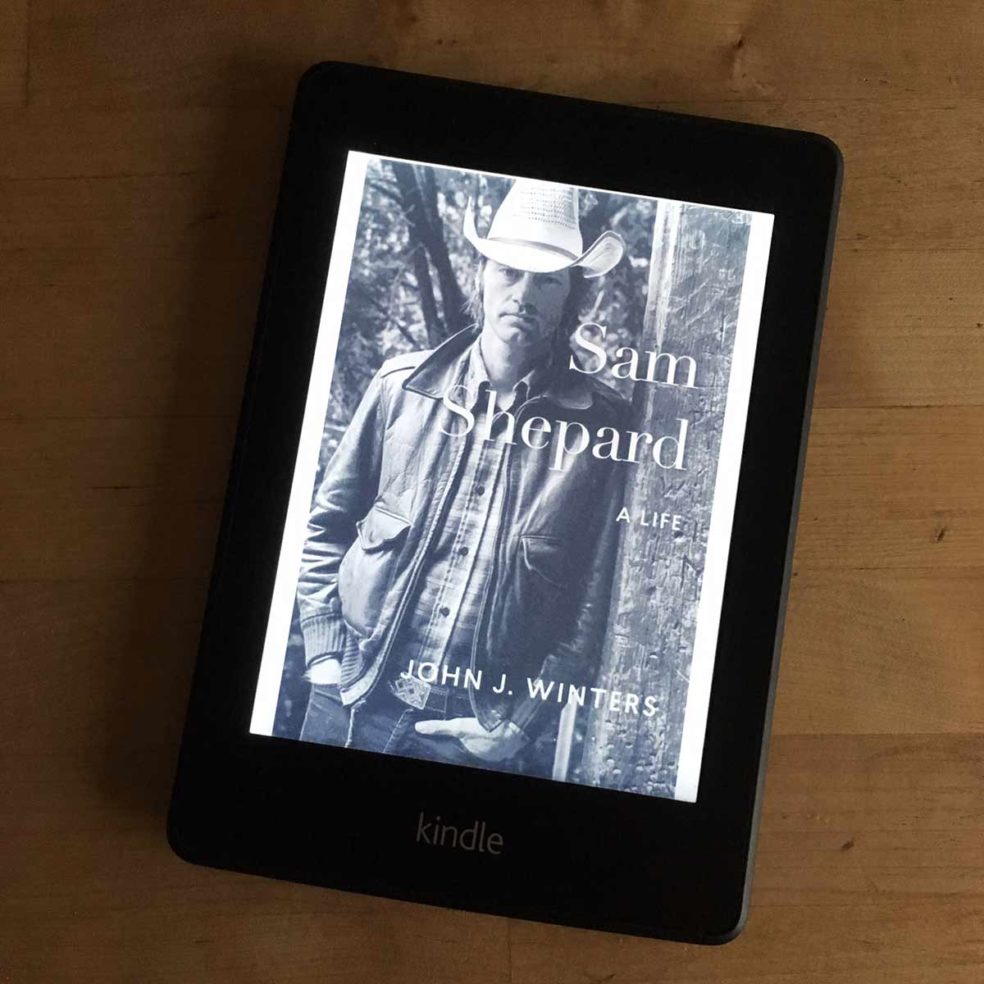 I used to see Sam Shepard in Santa Fe. From time to time. At a bar or in a pickup heading the other way. Never met him, never talked to him, but was always somewhat intrigued by him. So when he recently passed away I thought it the proper moment to dig a little deeper. I knew Shepard mostly through his acting, and even that was mostly through his portrayal of Chuck Yeager in The Right Stuff. I knew he was a writer but didn’t know the extent, and also knew he was in a long-term relationship with Jessica Lange, who literally blew me out of my pants when I first saw her in the 1970’s remake of King Kong.(One of my all time fav’s even though it got slammed in the reviews.) (Jeff Bridges was awesome in this as well. Nikon F2 motor drive!)

John Winter’s “Sam Shepard: A Life” gave me what I was looking for. And what did I learn? Sam’s life was not what you might expect. Or maybe it was. His life was messy. Decades long alcohol issues, family drama, work drama and money drama. Messy. But what pulled him through it all was work. He worked. A lot. The acting was the cash register but never the driving force. The backbone of his life was writing. Fifty-five plays, numerous books of prose, one novel and screenplays. Through Winter’s research you learn of just how far Shepard’s tentacles reached at their peak, and how far they continue to reach.

Pulitzer for Buried Child. Academy Award nomination for The Right Stuff. Many others, but I don’t think any of this really mattered to him. He was off kilter and driven in that way that manic, somewhat mad people are. They have something inside and it needs to spill out, and I say “spill” intentionally. Spills are messy but can lead to some interesting patterns.

It’s sad he’s gone but you can feel his legacy building. I have a sinking suspicion he would have hated me reading his bio on a Kindle.