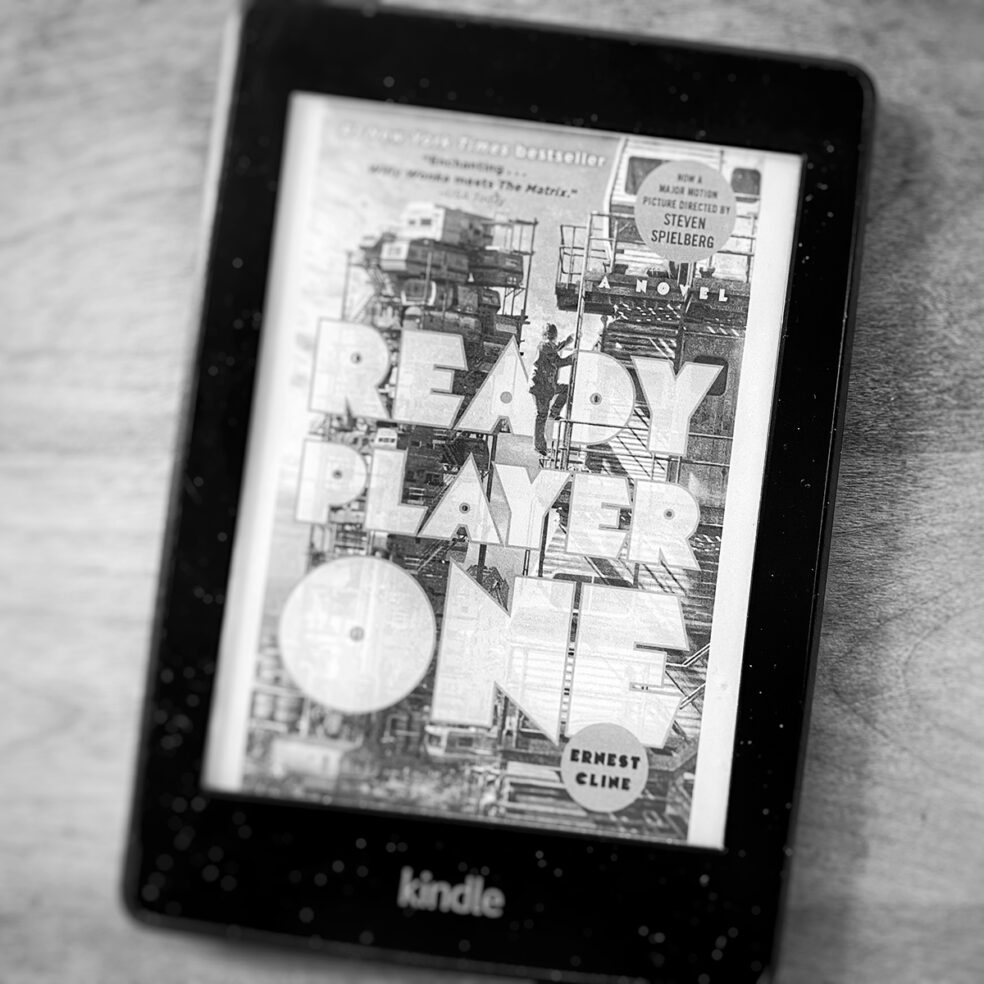 How on Earth did I miss this book? I know there will be many of you who say “You idiot, you’re 51, this book is about YOUR life!” My middle school years to be exact and when I say “exact,” I mean “exact.” Any book with a Riptide reference is PURE GOLD in my book. Riptide, if you don’t know, was a 1980s detective show that ran from 1984 to 1986 and was precisely the kind of show that I totally geeked out on. The main characters had a helicopter, which was cool, but more importantly, they had a Chevy S10 Blazer 4×4. As did I. But their’s had several important mods. Small lift kit, great wheels, and a hood scoop. All I could think about was moding my S10 to look like the Riptide S10.

Ready Player One has a cult following, and Spielberg made the matching flick. I don’t really read Sci-fi books, or phantasy books or anything along those lines but I do love the classic William Gibson tech/hacker/futuristic novels. This book began as a stretch, at least in my mind, but quickly found a home in my heart, mind, and memory.

All I can tell you about Ernest Cline’s Ready Player One is that I just told my wife “Tonight, we are watching WarGames.” This book was a recap of my entire middle school existence. Games, TV, music, pop culture. The vast majority of the book was like me sorting my memory, and for those of you wondering, I would have done well. I would not have found the egg but I would have held my own.

Get it, read it. “It’s the only place where I feel like I mean anything.”