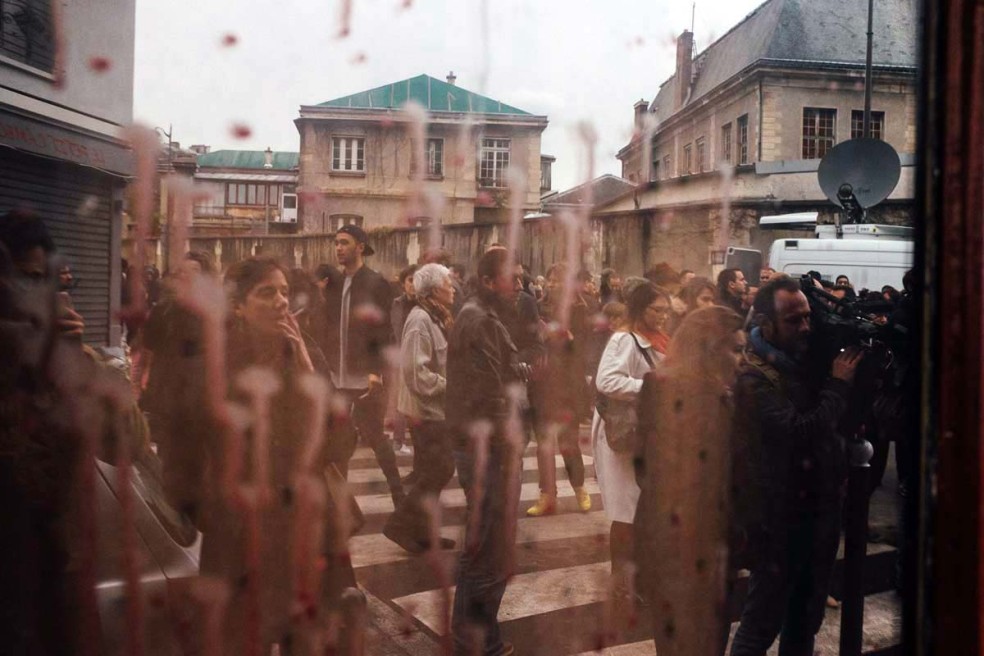 Up till 4AM. Sleep a few hours then up and back online monitoring what is going down. My flat mate has a date for coffee, but I’ve been asleep in more ways than one and my mobile battery and camera battery aren’t fully charged. She leaves before me, but I feel bad, so I pack and race out trying to catch up. Walking. Streets are not entirely deserted but the air has chilled significantly, and the entire feel can be summed up by moments of flickering intimacy.

Strangers no more. In milliseconds I make eye contact with those who pass on the street. “Hi.” “How are you?” “How are your friends, your family?” “Are you good?” “We are here.” “We are alive, now let’s show these people who is really in control.” “Cool?” “COOL!” “Okay, let’s go.” ALL of this conversation done without anything more than a glance. Focus, goosebumps and wind as storm clouds race by overhead.

All it takes is ONE footstep outside the confined safety of the home and already the balance of power has shifted back to the masses, the attacks a grain of sand blown back in the direction it came. 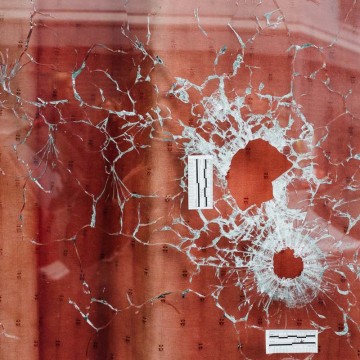 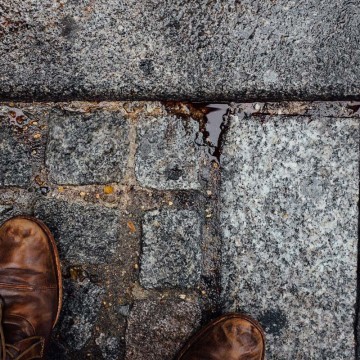 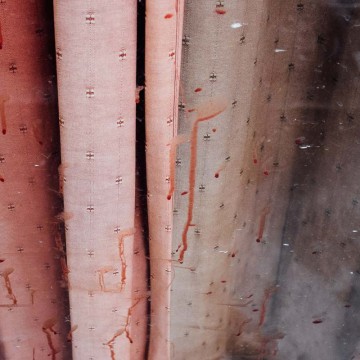 I retrace my route from the night before. Sirens. With each step I try to understand the odds of me being at the EXACT location of one of last night’s attacks an hour or so before it became real. On the way we pass another cafe filled with bullet holes and I realize it was another place I considered eating. I run into another photographer I know. There are police but no overwhelming sense of security. I’ve not made images like this in YEARS and even the idea of it feels wrong, like I’m going to get busted any second, but it never happens. I walk right up on the broken glass and suddenly find myself thinking about things like light, timing, composition, exposure, hunting foregrounds but paying detailed attention to what, and who, is around me. There are many press photographers and others just doing what I’m doing. Making pictures because we are here. For history, for memory. Get in, get the shot and get out, quickly. Frame it up mentally first and then physically make your move. When a group forms I subconsciously find myself wandering away to find my own small piece of Earth? The police lose patience and move in to move us out, but without the bite you would expect. It’s as if this is part of the plan. Let the public get close. Let them feel it, taste it. A man kneels and runs his hands across the bullet holes. My shoes crack on glass underfoot, and then I realize I’m standing in blood. At first I think “this can’t be.” But then I know it’s real. Spiderwebbed windows with blood trails. Particles, pieces of the battle scattered in the gutter. Chalk circles around Kalashnikov pockmarks on the wall across the street. A light rain falls and the media is out in force, but again, it all feels okay, blended. Civilians, journalists and mourners move in and out, talking to one another. More sirens. More photographers I know.

Rumors swirl. Police chasing a Citroen filled with armed men. Twenty ambulances roll by, bright blue flashers, sirens piercing the fading light with a unique shrill. Heads turn, collars are pulled tight and people move to where they need to be. Unmarked police cars in formation race by as day turns to night and Paris begins to glow. As the day advances so do the numbers of tourists emerging from hotels, hostels and homes, sniffing out the safety level. Backpackers, small groups of students with limited time who need to soak up every once of what Paris has to offer before the VISA or the funds run out. At five thirty I wait for a friend on a bridge in Central Paris. We walk toward Notre Dame looking for a Chinese restaurant. I have a foreboding feeling. French stormtroopers in camo with full autos in their hands tilt their berets toward the wind as their eyes work the crowd. No smiles here. If it goes down now there will be unsolvable trouble.

I’m relieved to find the restaurant off the beaten path, filled with locals. I’m looking at places differently. Glass fronts, single exits, large crowds are now viewed with skepticism. What’s my “Plan A?” “Plan B?” Not jumpy, just aware. At Republique we are moved out by police on loudspeakers telling us not to gather in groups. There are people doing what you do after things like this, but there is also laughter and uneasy smiles. This is, after all, who we are, how we deal. We are resilient. We find a way out. Always. As a united front peaceful people are unstoppable. 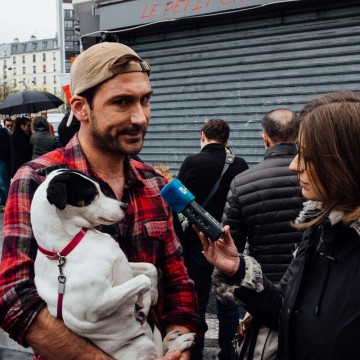 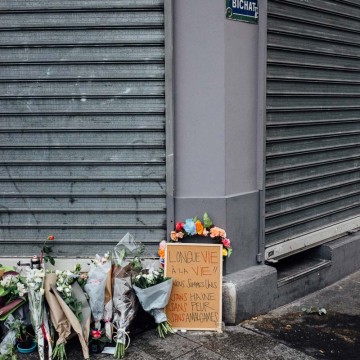 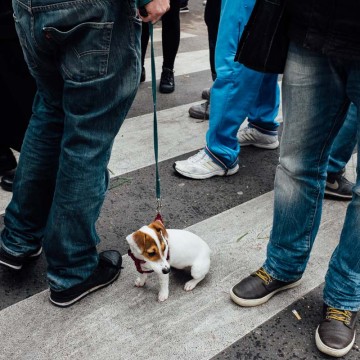 There is defiance here. A smoldering of something that started in January but just transformed into something entirely new. But there is work to be done, and how quickly will this story fade? How quickly will we return to our insatiable love of promotion, business, Hollywood? Will we wake tomorrow only to have the same breakfast we had today? Where are the twenty-somethings? The tech stars? The YouTube darlings? The A-listers? Where is the real action? Is there ANYONE standing behind the podiums in America who has any real understanding of what all of this means? Do they actually have any ability to make an impact or are we faced with more hyperbole and partisan rhetoric? When this happens again can we rightly call it a surprise? I fear that nothing will change. The jaded skeptic is here with me in Paris. We are sleeping together. One in the same. As a species, before anything else, we need to educate. Starting with ourselves. Do we know why? I mean REALLY know why? Why this is happening? I’m not so sure we do. In fact I’m nearly certain we don’t. We have become a species that lusts to be entertained. Reality has begun to pale in comparison to life on the screen. But this fight is all too real, and as evidenced by Paris, this is coming to all of our doors.