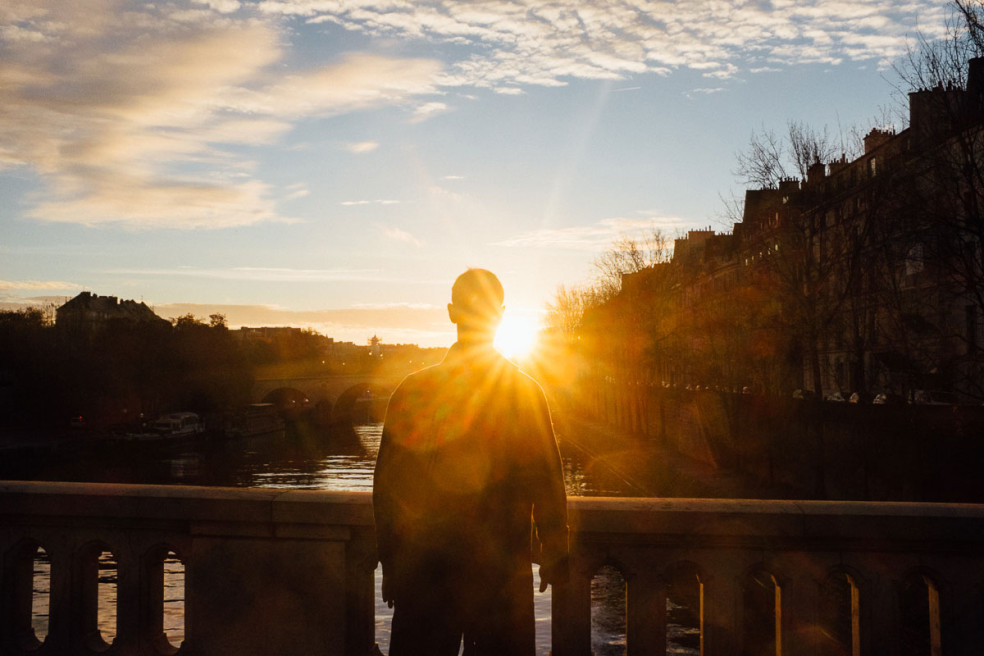 “I can’t believe how beautiful this place is and I can’t believe how much it has changed,” a local friend said(In a good way). “Well, if I see another old church I’m going to throw up” I answered. “All this history has me down, and besides, I’m partial to Los Angeles.”. As the rest of the world rushed to see the highlights of Paris, or sword fight with selfie sticks through the history of the French Republic, I searched for almond milk. And let me say this, there is NOBODY on the planet who can murder this language like me on no sleep. I know exactly ONE line of French which magically is “The dog ate my cookies.” It’s a long story involving Morocco, a dog and well, my cookies.

Dropped off at seven in the morning with no ability to enter my rented apartment until two I began walking. It was sunrise. I looked up and there was Central Paris. Boom. I was a bit frantic thinking I had to make the all time image of Central Paris. I mean that’s what we do now right? “I’ve been here 30-seconds, where is my f%$%$#$ masterpiece?” The streets were deserted for all but a few who stood motionless allowing the rising sun to warm their whatever. I ducked and dodged using all my noncombat like poses which I’ve honed over years of practicing in the mirror. I was grimy from air travel and my stomach rumbled for something gluten free in a country who doubles down on all things gluten, lactose and all things FROMAGED beyond recognition. Being here brought back massive memories. Ten years, almost to the day, since I walked these same streets. This time no frigid temps. Instead we get heat, almost. Muggy like a New York summer. Efficient, clean Metro. Tourists and school kids! SCHOOL KIDS. It’s November. How does this work? My school field trip experience was to our neighborhood bowling ally where locals ate 96-ounce pitchers of suds at 8AM, and to the local zoo which had a limping zebra I think. These Euro kids have it made.

Paris is a REAL city. Holy schnikies. You look right and two beautiful locals in scarves are just standing there being French and you want to BE THEM. You want to buy cigs and wine and a scarf and just loiter talking existentialism. Women wear no makeup, or maybe they do, but it does’t matter. Men smoke like a tire factory, but they don’t get all the disgusting shit the warnings are about. A cyclist trains on a stationary bike on a balcony six floors up and you KNOW he will win the Tour de France. Maybe today he will win. Or maybe tomorrow. I close my eyes and have visions of the war. Which one? Doesn’t matter. That war. Of liberation, the downing of aggression with aggression and the good people winning. I know my place in the world here and that place is homeless. Not worthy. So I record. All of it. My shoes, dog turds, and then people stepping in that same dog turd four hours later as I realize I’ve been walking in circles looking for the perfect coffee bar to ask if they have almond milk. It happens. It happens here but all you say is “Oui.”