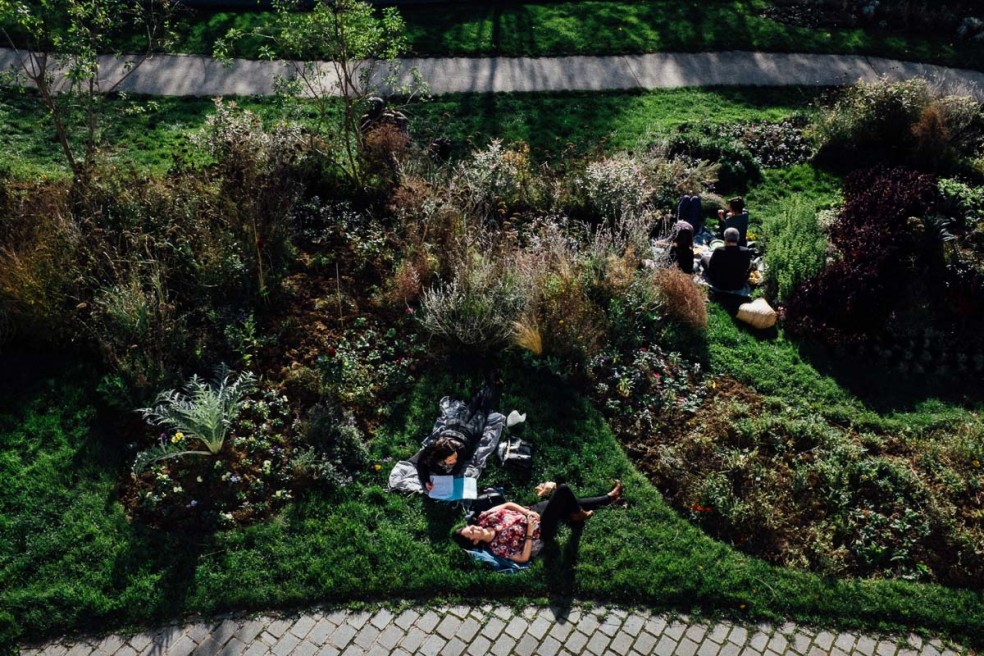 You see. Even me. Look at the post title. Returning to normal.

The television features the story of the stadium bombers. The explosives used were not high powered but were loaded with nuts and bolts and washers which are still littering the street, believe it or not, as are parts of the bombers sprayed out on the walls where they left their final comments. One dead. A miracle really. But Paris had something else on its side yesterday. The sun. Big and bright and doing all it could to add warmth to a place chilled to the core just hours before. Much of the city came out, or at least it seemed that way. I needed to get out, to walk, and to take the metro to calm the idea that perhaps it wasn’t safe. Crowds underground were thin and faces showed a clear unease. A man behind me wept openly the entire ride from Hotel de Ville to Belleville.

I emerged to streets that became progressively sparse as I made my way to the park. Looking back on the city, the prominent points of history on display, it felt like I could reach out and touch the entire place. People were flat on their backs, soaking up what they could before the long dark. 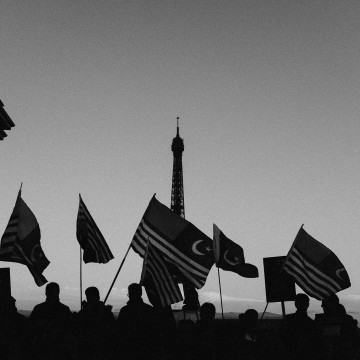 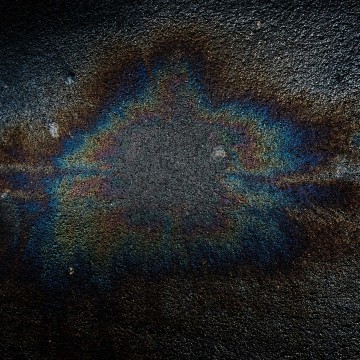 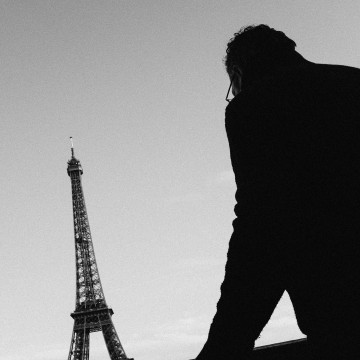 The world has begun to move on and so has Paris. CNN features a blowhard waxing poetic about his favorite things in the world, all close to meaningless, and the network also runs nonstop ads about their correspondents. It all feels entirely wrong, but the money machine needs to be fed. The illusion of perfection needs to be dusted off, propped up and marked down, but just for a few days more, and then maybe we increase the price? I get it. They need to move on to keep us entertained, but also keep the ad dollars coming. It’s a fine line, and not something that feels good to think about.

What I am certain of now, unfortunately, is the reality the first, non-war world hasn’t begun to comprehend why this happened. The dots have not been connected, nor does there appear to be ANY comprehension as to what is going on with immigration, war, power struggles, foreign policy, tangental ideology and even basic political alliance. Perhaps what is shocking is that I’m still shocked by this. These are wildly complex issues, but if we don’t attempt to comprehend them now then when? Doing this requires more than changing your avatar to a French flag. Doing this requires changing something in our LIVES. Might not sound like much but it really is. Even if the Jihad machine were turned off today, this moment, there are two, perhaps three, generations waiting for their mission. In some cases they come from less than nothing, given up by their parents for hope of a better life. “Educated” beginning at six or seven in “schools” which are little more than training camps. Others come from places with things, structure, societies, but inside they are equally empty, void of even the traces of hope, quick to ignite the flame of sacrifice. Radicalized. When I was six I would have believed my father was Spiderman had you told me enough times. And as for idealogical wars, let us not forget communism and fascism. (This paragraph is a gross oversimplification of the issues and only one tiny part of the overall problem from one angle.) What we CAN’t do is just say “Oh man, I don’t understand these people.” Their mission and goals are pretty clear. If you want to understand it, it’s out there. But we have to pay attention to do that.

But what I walk away from this with is a personal sense of intrigue. Yes, intrigue. How do I become more informed? How do I, the individual, help the problem? Perhaps I don’t watch that serial television show I wanted to watch. Instead maybe I read something that makes me better informed. Maybe you do the same? Then we compare notes. Perhaps if the world took the time and energy it spends on making selfies, and directed that same time and energy at LEARNING about something outside the bubble then MAYBE we have a chance.(Based on what I saw yesterday, not holding my breath.)(PS: Anyone caught manufacturing, selling, purchasing or using a selfie stick should be flogged.) And I’m serious about this. Based on my afternoon in Paris I know with certainty that many of the folks touring the city were doing little else than planning, posing and posting. Over and over and over again. That’s time and energy that could be used elsewhere. 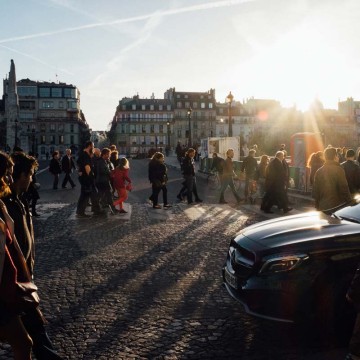 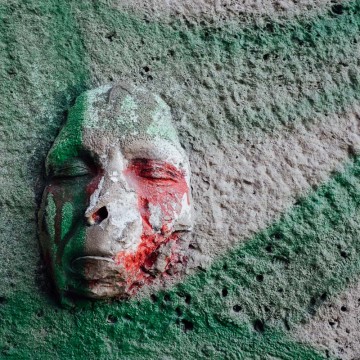 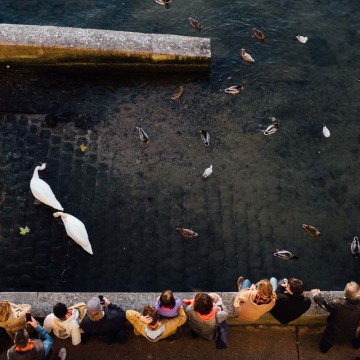 I’m also intrigued by why we are so passive. Money, technology, entertainment and access to the opposite sex. Could it be this simple?

Last night I received a text from my flat mate. “I’m hiding in a basement.” “There is another shooter.” At the same time the crowd gathered around the memorial here in Paris was spooked and scattered in all directions over what turned out to be nothing. Fear. Apprehension. This is natural. But what we do with it is where we can really change the game. Situational awareness. Wanna know what scares the bad guys? A public that is hyper-aware. Hyper-vigilant. Oh it’s coming and these boys will be in for a shock. But even better is if the world can get these folks to feel as incomprehensible about these actions as we do. To do this we need to roll back parts of our culture, our society and also the clock.(No idea how to do this.)

I’ve given you clues, but even with these clues I am wondering if you can determine which of these photos were made before the attacks and which were made after. You would be surprised. And this my friends is a wonderful thing. The fact I can even ask this is proof of how we as a species are like wind over the water. A little puff across the world and thousands of miles later you have a thunderous, earthshaking wall of liquid impacting the edge of the continent. We smother. Endeavor to persevere. Yesterday in Paris was magical. There was an undeniable energy of recovery, understanding and focus. Glad I was here for it.

I’m no expert on any of this. I’m a public school kid who has all the questions and none of the answers, but perhaps my job is just to observe and point out? Maybe my job is to ask questions. Record things. I don’t really know. The world is messy and so are we. I was going to say at some point we are all going to get dirty, but I think we already are. But that’s okay.

It’s what we do now that matters.