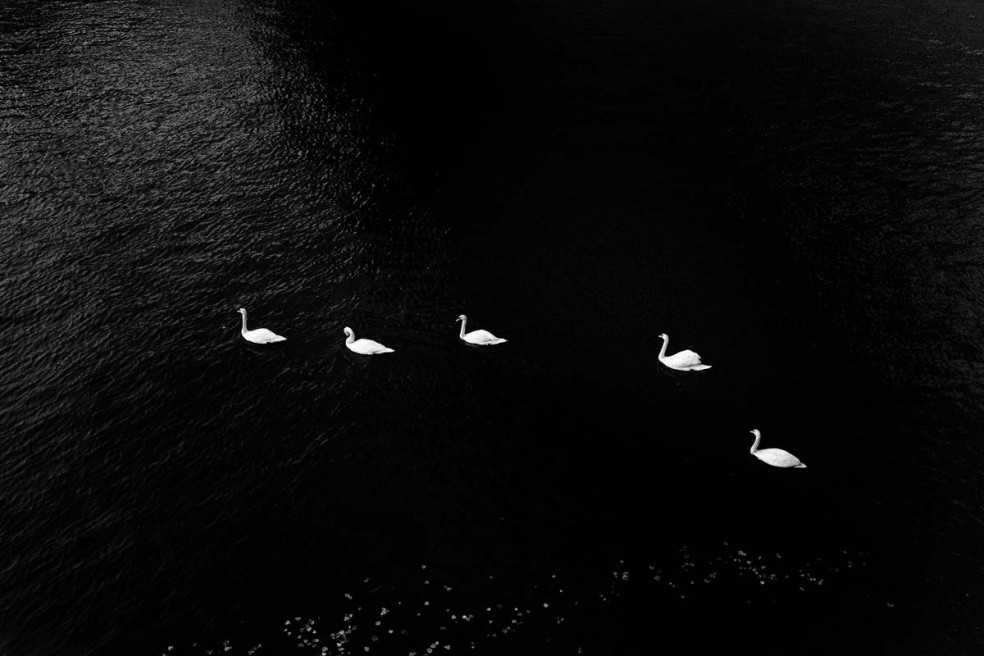 A tale of two cities.(Or my life in that city.)

There is Dan and there is “Blurb Dan.” I’ve written of this recently. So after the last ten days of high-intensity movement, promotion, projection and presentation, spanning multiple countries, the idea was to downshift, flip up the visor and take in the surrounding area. I’m in Paris, after all. But that never happens people. NEVER. Were I in prison in France, then yes, maybe. But I’m not. I’m a free man, and consequently I have things to do, people to see, appointments to make. But in the chewy but brief middle portions of the day I managed to at least lift my head to view what Paris had on display.

Perpetual clouds but mild temperatures, so very wrong for this time year, but so very right for anyone doing what I need to do. Five metro rides, lunches, dinners and a wild foray through the largest photo fair in the world.(More on this later.) And remember, the great shift is on. The great “Parisian Shift” is when your “morning” starts at noon and your dinner starts when you are normally asleep. Everything is wrong, but so right when you find yourself having desert at 2AM and wondering where you are going next and “to bed” isn’t even an option unless the one across from you is giving you the “googly eyes.” (I’m married, this reality died 19 years ago. Luv ya honey!) This place is so unfair. Do you know there are massive, gold statues with hawks, or eagles or giant albatrosses with fangs tipping the tops of massive stone pillars along the river? Buildings that are so grand they cause midwesterners to spontaneously burst into heaving sobs, leaving their children to gorge themselves on ice cream that actually contains real cream? Do you know this? Do you know this places causes men to buy blue and white stripe shirts and berets and NOT feel bad about it? Do you know there aren’t any strip malls? And if there were EVERYTHING would be made my hand and you wouldn’t have to worry about parking because you could walk or take the metro, and you could sit outside and you could smoke and drink real booze made from real grapes and even the cheap shit would be far superior to anything the disgusting snobs at home would have?. Do you know this? Do you know you can see the ORIGINAL here? Yes, THAT original whatever you want it to be. It’s here. With a friend leading the way we dash and dart through hordes of humanity to take in “The Origin of the World.” WHAM. There is life before and life after. “Holy Christ” you hear escaping from the mouths of parents as they quickly formulate an explanation for little Timmy as he blurts out “What is that?” “Uh, well son, it’s….ah…..well….ah….how about more ice cream?” People quietly queue in front, waiting their personal turn to engage. Old, young, men, women. That’s what art does. Like a neck punch it crushes the rest of your puny life and forces you to LOOK and to actually SEE. Not to mention it makes you THINK about all the things we ignore in the rush to GET, GAIN or SHOW OFF.

And now for the second portion of our evening a few thoughts on Paris Photo.

Prepare to be overwhelmed. This is not a trade show. We are beyond scarves. Art for sport. Art for money. Art for shock. Art for the deal, and most importantly, for the beauty. This is, in part, about being seen. The legends are here. In the first 60-seconds I see three of my idols in the flesh. Then four, then five. They are here. Some looking, some talking, some trying to get out. The power galleries lined up like machines of war. Suits on the inside, groomed and everything reflecting the IDEA of perfection, value and scarcity. These fairs are very much about eye contact. You get the once over and a quick look away as you(me) don’t exist in ANY way shape or form. This is a chessboard where most of the pieces are kings and queens all looking to take the other down, and yet the takedown is the wonderful transfer of a visual delicacy from one owner to the other. There are older men with younger women and fashion straps on thin, smooth ankles I’ve not yet seen before. Style. Well done. Magnifique. To spot the artist I deploy my eccentricity algorithm. The most eccentric people are typically the youngest artists. Attention. It’s one way. The stranger the outfit the younger the career. I say this wearing red pants.(guilty) The lavishness fades with age and success only to depart almost entirely when superstars are born. Through the layers of chrome, flashing lights, visual lift kits and tire packages is a GRAND EVENT. Why? Because at the core you have something that is very simply about photography. Quiet. Confrontational. Permanent. Historical. Bold. Photographs. And when the locals come on the weekend, dressed up as they do, it takes on even more meaning. The best of the best, showcased for those who matter most. The public. It’s a divine happening. Just as it should be. 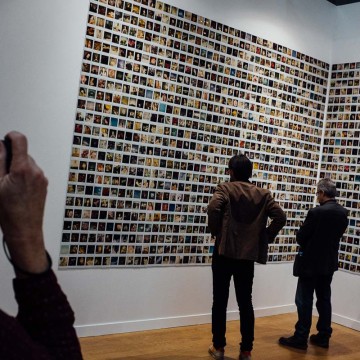 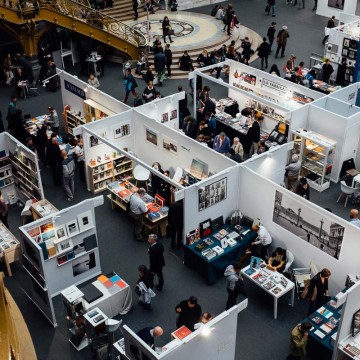 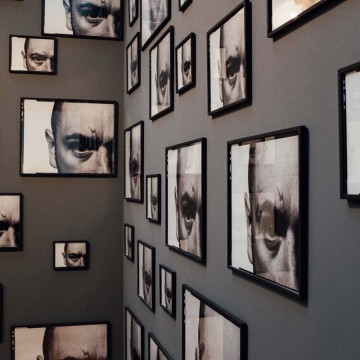 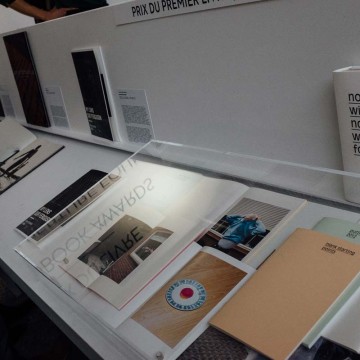 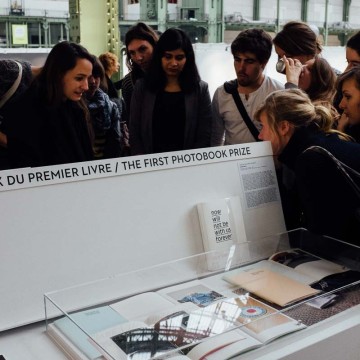 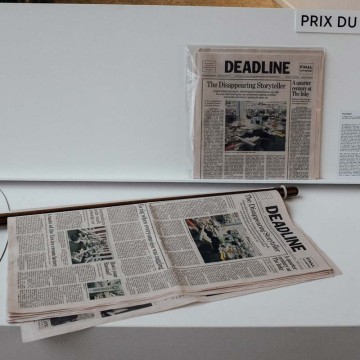 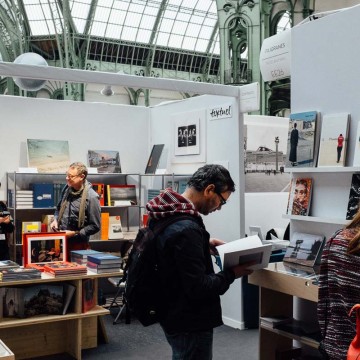 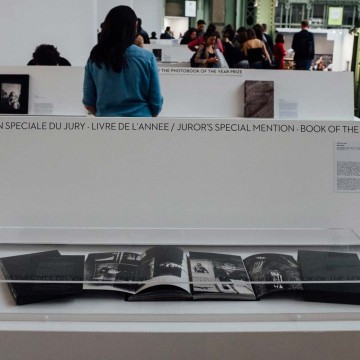 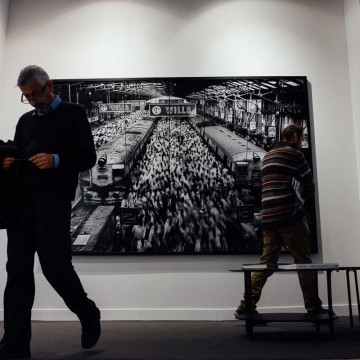 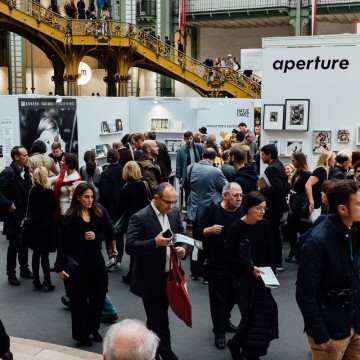 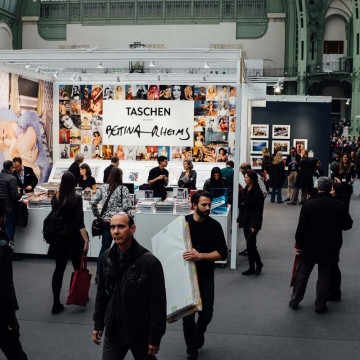 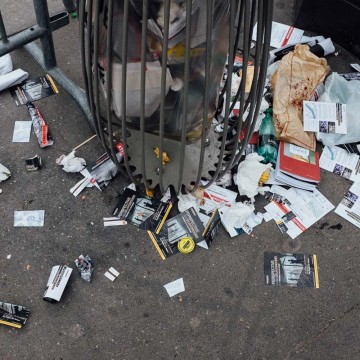 And last but not least, the books. Yes, there are many. Of all dimension, depth and material. There is also a book prize. Looking through the potential winners I see the range I expect to see. The handmade, the traditional and the truly remarkable. All good. There is also a real-time book design event happening where design and content creator work under a deadline to produce the next darling of print. The large publishers and small imprints brace themselves as the masses press in to see what’s new and to find a way for their own work to be on display in the coming years. “I’d love to show you my project.”(Not me saying this, but I’m sure they heard this a hundred times.)

If you are a photographer and you have not been to Paris Photo Paris you should go. Plain and simple. This isn’t the internet photography world. This is the real, fine-art photography world, and the best part about it is that anything is possible here. The mainstream industry has suffered traumatic shock over the past decade, shrinking and becoming commoditized as the masses flood the world with images through their phone and then wonder why nobody wants to pay attention. But this show is about the work that does get the attention. Real photographers, real work, real publications and what they leave behind is the real residue that humanity will be looking at a hundred years from now.