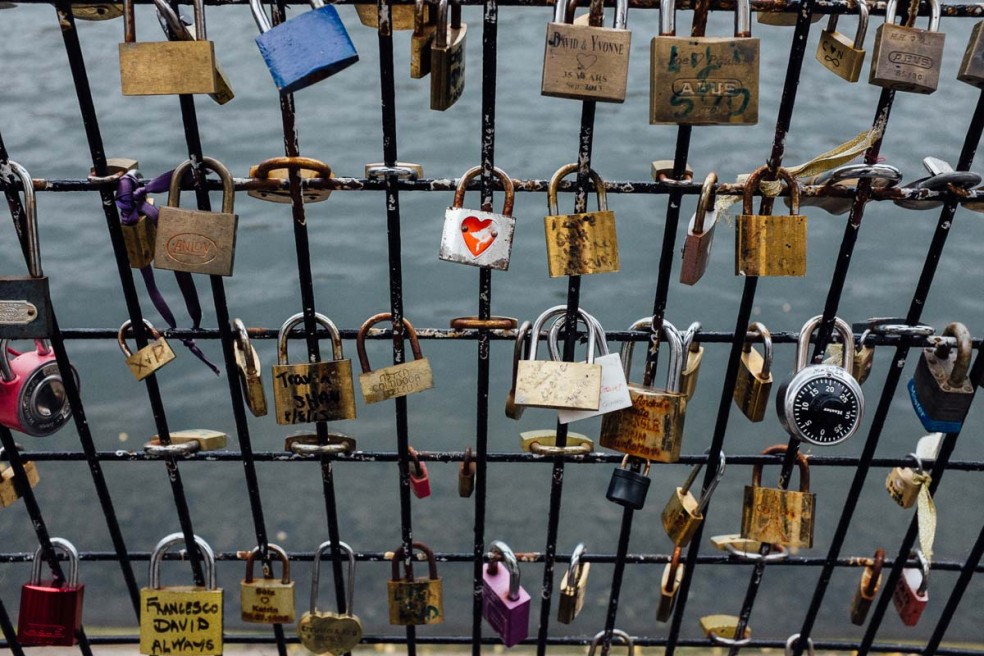 This photo is supposed to make you drop to your knees in front of the one you love and proclaim they hold the key to your heart. Begin now…ahem.

1-Slept till 11:30AM. (A total of ten hours, after eight LONG days.)
2-Three hours of work. (Routine recap writing, sending files, email.)
2.5-YOGA
3-Ate breakfast at 3:30PM (Eggs and bacon because I’m losing weight.)
4-Did something I can’t remember, required going somewhere.
5-Back to apartment. (Wardrobe change.)
6-Took metro to Grand Palais. (Connected with another photog friend.)
7-Attended Christie’s opening as part of Paris Photo. (Fun, saw old friends, made new friends, talked The Lost Rolls)
8-Metro back to Le Marai.
9-Ate Thai food by myself. (Wrote in journal entire time, and enjoyed not talking to anyone.)
10-Read
11-Back to the sleep thing.

Oh, and I TEXTED during ALL of this. Yesterday was the day that the doubt crept in.

Not doubt about anything serious, unless you consider NEVER living in a place like Paris a serious thing. I never have. Never lived in Paris, Rome, Tokyo, Mexico City, Buenos Aires, Beirut, Cape Town, Cairo, Prague or anywhere else of this nature. Nope, not me. Los Angeles, Austin, Phoenix, Tie Siding(Look this one up.). The only place that comes close, believe it or not, is Santa Fe. At least in terms of uniqueness. Yesterday was the day I began to wonder what it would be like. “Just for a year,” I told myself. “How difficult could it be?” But why did this happen? Because at some point in traveling you get sucked into the flow of a place and the minutia of daily life becomes routine enough to forgot, or not have to waste energy on. Where you find things. Where you eat. How you travel. Where to get jewel encrusted eggs, mesh undergarments and powerful drugs. You know, the essentials. I was going to say the “city was alive” with Paris Photo, but this city is always alive. It’s not a scenario where you truck to the edge of the city to the conference grounds where you feel you are at some sort of human factory built for people to come and buy things. No, Paris Photo is held at the Grand Palais. It’s horrifyingly beautiful. Right smack in the middle of Paris. This isn’t a trade show. This is an ART show, and there are thousands of people. Buyers, collectors, photographers, agents, etc. The kind of event that literally gives you butterflies upon entering. Shit is GOING DOWN. And the faces you see walking the aisles are the most significant in photography. People dress like it’s the Oscars. Except me. I dress down to lower ANY expectations. Oh, did I mention I haven’t even been yet this year? I only pierced the outer veil of the security areas while waiting for my friend. I’ve been once before, but this year it’s WAY bigger. Europeans are FAR more stylish than Americans. By my calculations, 86.456% more stylish, so when you are waiting outside and watching people come and go you might feel a bit like Crocodile Dundee. That’s normal. Oh, and EVERYONE smokes. Young, old, babies, the deceased. Puffing away in their battle to eliminated ANY clean oxygen intake.

Several people have asked if I’ve gotten out to make any real images. No. I shot 14 pictures yesterday, and looking at what I have on the books the rest of my trip, I won’t have any time until MAYBE the day before I leave, IF I have any reserves left. So, I’m carbo/glucose loading at night with an IV of pure chocolate and foie gras. So far it’s working.