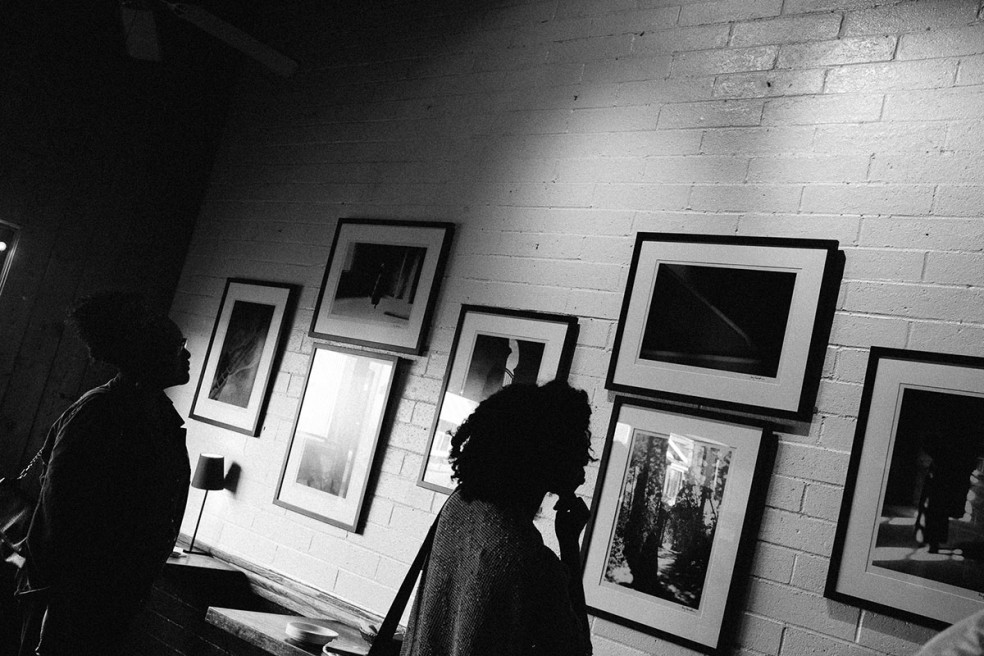 So my wife had a show. In other words the world stopped, tilted on its axis, wobbled, and then began to make corrections. It was only the most important show in the history of humankind. She’s been working on a series about a mysterious figure in a cape. The series dates back at least twenty-five years. Shot all over the world. Morocco, New Mexico, India, Sicily and California. She printed about a dozen images, mostly the 16×20’s ish size, and then had a number of smaller prints that weren’t mounted or fixed to the wall. People could actually pick them up, sequence them, which was interesting to see. She also had an iPad on a tripod with a wider edit. It was intriguing to see HOW people consumed. She asked me to make a few pictures, and yes I caught some flak from people for using my little Fuji. She works for Canon. I could have used my 5DIII, which is the best digital camera I’ve ever had, but I’m WAY too lazy to carry that thing. The location isn’t the best lighting conditions, so it was a challenge shooting in the space. I went straight to 3200 ASA, ISO or whatever you want to call it. Snap, snap, snap-snap-snap. Only it’s silent, so I added the sound myself. What was truly amazing, and proof of how popular my wife is, is how many people drove down….on a Sunday….from Los Angeles. For those of you not familiar with these parts just let me say this isn’t a trivial decision or task. EVERYTHING about life in Los Angeles hinges on traffic. How bad do you want it? How are you on patience? How much time do you really have? You would think “Oh, it’s a Sunday, how bad can it be?” BAD. Sunday guarantees nothing. In fact, in the summer the weekends are perhaps the worst traffic days, nothing shocking there. But people came. They also came UP from Laguna, another tall order on a beautiful Sunday when you know the beach is the place to be. To those of came from afar, much appreciated. Great seeing all of you. Also, I failed to mention that there was ANOTHER important person in attendance. The sister. Flew down from the Bay Area for the day to support her big sis. Way to go sister! When these things go down it’s a reminder of how nice it is to share work with friends, but it’s also nice just seeing people who live so close yet are so difficult to gather. So many of us spend so much time on planes, in cars, etc. Sometimes the most difficult thing to do is go see your neighbors. Shows like this are reason enough to reengage. My wife asks more questions than any human being ever. Ever. So when it was over it wasn’t really over. Not for me. I woke up this morning to an eye staring at me, and an endless series of questions right behind. This was the first show in many years, but I have a sinking suspicion it won’t be the last. Congrats Suge.