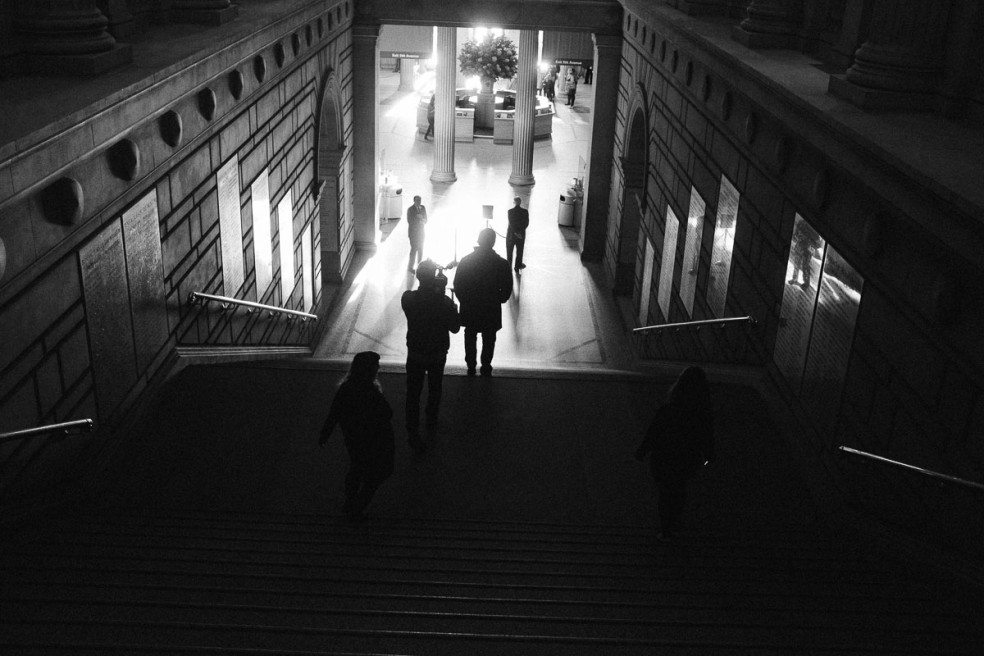 The day of filmmaking is behind us. Multiple locations, multiple times. Sound guy, director, assistant and camera operator. Subject. Witness(me). Been a while since I’d been on one of these shoots, and for those of you who don’t know about how these things are done, it’s a ton of work, but also requires far more of everything then you might imagine. Time, takes, content. I don’t know the exact ratio but it’s something along the lines of 10:1. Shoot ten times the amount of content you will need for the targeted length of the film. For anyone keen on narrative it’s a fun thing to observe. The team was very relaxed, focused and came from an organization called Nowness. This film is being produced as part of our project The Lost Rolls. This project is atypical to begin with, as is what we did the published element; book AND magazine. We are nearing our launch date, November 5th, in NYC followed by November 10th in Paris. After that the project will continue to grow, be displayed and evolve as projects do.

In the meantime screens will glow, color coded keyboards will tick and tack and this footage will be sculpted into something riveting. Until then…..

PS: It just dawned on me that this is the first time I’ve “covered” something with the little Fuji camera. First off, this thing is so small and light it’s like you aren’t carrying anything, and at this point in my life that is something I cannot overstate. It’s also entirely silent. When you have a full time sound guy buzzing around and he doesn’t say anything you KNOW it’s a silent camera. I’ve spent my entire life shooting on manual, but I like this camera at least 50% automatic, sometimes 100%. I either use Aperture Priority or Full Auto. I also use this automated parameter system when it comes to ASA and shutter speed, but when I’m inside in lousy light I take this off and choose a fixed ISO and aperture. As for high speed, I just go for it. Straight to 6400.