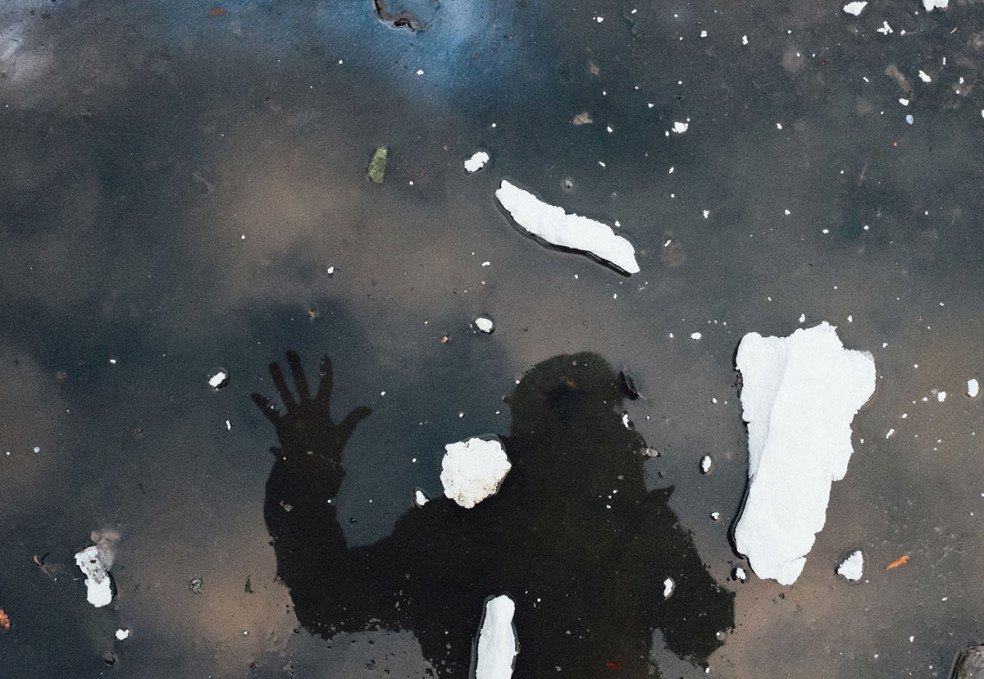 What do you get when you add my job, New York and the creative industry together? Chaos. Creative chaos. Up early again to make my way downtown to attend the Future of Storytelling event, which I have to say has been one of the best events I’ve ever attended. We also have The Lost Rolls project running the background, so the day is interspersed with correspondence regarding this story and how it will soon come to life in both print, digital, motion and exhibition form. This is my New York “Iceberg” photograph, but it’s actually pieces of styrofoam floating in a putrid puddle. Add in the fact I’m teaching both days at the storytelling event, and I’m meeting a nonstop series of some of the most interesting people I’ve ever met, while trying not to drop the ball on the OTHER upcoming events I’m on the hook for. Including my next gig tomorrow morning, a photo gig, and then my final NYC event tomorrow night. After that I will need decompression from this city of the notorious apple. Did I mention Al Gore? How about Edward Snowden? Yep, they were there too. One in person, one over the airwaves. I had my social version turned to “high” and went from person to person to person introducing myself and then asking “What do you do?” These folks aren’t normal. They are doers of major proportion. “I have a triple PHD and built a water slide on the moon,” kind of people. The workshop involved editing, sequencing, cutting, tearing, gluing, writing and packaging. Two days of brand new workshops. Trial and error. Testing. They went well. When you give ultra creative people freedom to use their imagination what comes out will typically explode your medulla oblongata. This was no exception.