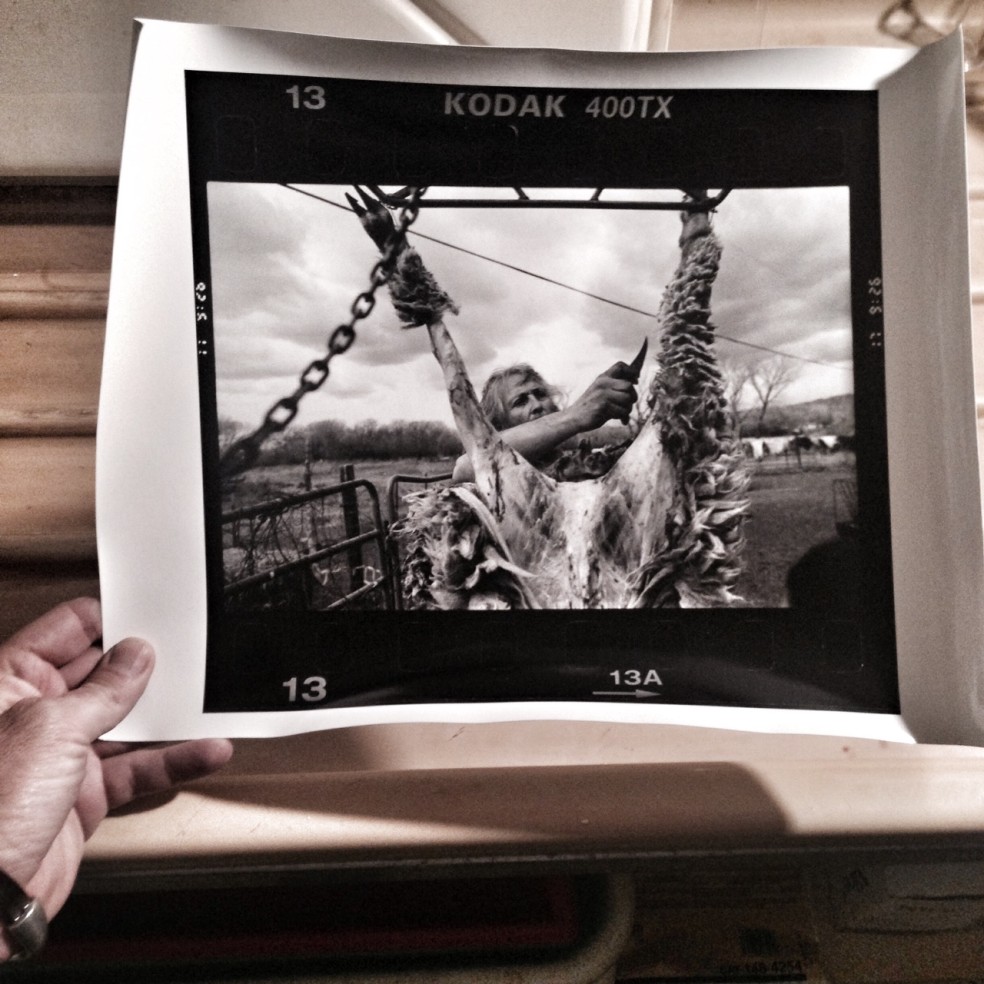 How could I have missed this?

In the late 1980’s, due to a variety of freak occurrences and a need to record things, I decided that photography was for me, or me for it, or a convoluted mess somewhere in the middle. My mistakes came almost from the second I made this decision.

For the record, I’ve had a very nice life in photography. I managed to successfully work as a photographer from about 1988 to 2010. By success I mean pay my bills, save some money, shoot the occasional good assignment and get published, which at the time I thought was a big deal. There were time outs in the middle, but I was still working in the industry (Kodak), something that began to show me the errors of my way, but overall I was very fortunate. I didn’t realize it at the time, but I was experiencing the final flicker of the photography industry pre technological revolution. For those of you who don’t understand this, or realize what this means, it was simply an entirely different lifestyle, industry and career in those days. In many ways it was better, more professional and the value of imagery was exponentially higher. I don’t expect those who were there to know what I’m talking about here, but that’s okay. Not all was love and roses.

After high school I landed in a summer school at sea program out of Galveston, Texas. Most of my classmates were intent on pursuing the Merchant Marine life, but I went for one reason and one reason only; port. South America, the Caribbean and a few other spots were out intended destinations and I wanted to see these places. A friend went in the program then convinced me it was a good idea. Looking back, it was a good idea, but at the time it was a Hell of bad food, work and the insanity that ensues when you lock teens on a ship for four months at a time.

The ship had a photographer, someone who kept popping up in my peripheral vision anytime something interesting was going down. I began to notice his movements, and how he needed to somewhat predict what would happen, so that he could position himself to make pictures. Until this moment I’d never really thought about what a photographer needed to do, only that you needed a fancy camera. Eventually, near the end of our trip, someone threw a bucket of saltwater at someone else, missed, and the water hit the photographer, and his camera, right in the chest. End of story, but the seed of photography had been planted. I realized the movement required was something I was interested in. I got home, dug an old Ricoh camera out of a closet at my parent’s house and began what would be my photography career.

I chose the University of Texas because it had a reputation as a good photojournalism school, and because it was right down the road. Tuition was low, so was the entry level and I was quickly sitting in a room with fellow wannabe snappers.

What happened next was significant. Instead of learning photography I learned how to be a photographer. There is a huge difference.

What I should have done is just learn photography. In fact I should have learned 35mm, black and white photography and NOTHING else. NOTHING else. Had I done this I might have had a chance to really make something lasting, something legendary. Instead I looked at the industry, saw a path, and said, “I gotta shoot color.” I started getting assignments, worked for the paper, did magazine work on the side and began my career. Newspaper, magazines a bit of commercial, some advertising, portraiture, weddings, etc.

There were good times, and it’s not to say I didn’t enjoy myself, but I should have committed at an entirely different level and what the industry needed or wanted should have NEVER even passed through my mind. What right did I have to jump into the business so quickly? I think the idea of being a photographer was what was driving me.

When I look at the history of documentary photography I see TWO people who really set the bar. W. Eugene Smith and Sebastiao Salgado. These two guys have created more long-term, significant bodies of work than anyone else. There are other talented photographers who do good work, but nobody has worked on the scale that these two did. Both worked in 35mm, black and white. For decades they did the EXACT same thing. Over and over and over and over. They committed to a format and just went full tilt, decade after decade.

I look back over my career and see so much variety, and sure that might have gotten me assignments, or portrait shoots or whatever, but it did nothing for the industry or for any semblance of a legacy. When I say “legacy” I mean cohesive offering. Something that decades from now will live as an enormous collection of like-minded, similar-in-look essays.

Last week I was in the darkroom and this image emerged from the developer. It struck me to the core. So simple. You do the same thing long enough and the process of what you are doing becomes almost inconsequential. What remains is the work. Nothing else.

Many modern projects are completed in a few days or weeks and then YEARS are spent behind the PR machine. My interest and focus turns to dust because the work itself is not enough to carry my attention. You can only cry wolf so many times before nobody pays attention. I think most of us should cry wolf two or three times in an entire career, but today I see it happening on a yearly basis, sometimes even more frequently. And this isn’t even mentioning the crazies promoting themselves via social channels every step of every day. “Look at me,” “Look at me.” Doing this actually seems to destroy the relevance of photography, even things worthy of attention.

I see all of the different versions of myself I put into the world. The 6×6 version, the 645, the 6×7, the 6×9 and the multitude of digital versions that were so inconsequential, not to mention all the websites, promotional pieces and identities. Looking through my negatives I see color square work from last year and think “Why did I do this?” Other than “It was easy,” I have no real reason why I thought this was a good idea and how it could have relayed the message more than a cohesive, 35mm view of the world. 35mm black and white isn’t flashy. It isn’t easy. It’s not hip. You have to work at it. This work takes patience, luck and practice.

I can’t speak for you, but I know with one hundred percent certainly I made a huge mistake all those years ago. Maybe I had no way of knowing, but I feel that is a lie. I think I did know, and I let the idea of being a photographer outweigh the idea of truly understanding photography itself. Being back in the darkroom illustrates very quickly how little I know. And this was the FIRST thing I ever did in photography. Walk into a darkroom, process film and make a print. In some way it’s the only important thing I’ve done.

The industry is a whirlwind. There are publications, events, promotions, contests, noise, noise and more noise. A lot of people make money, others don’t, and occasionally something good happens. But in the midst of all this are the few that really leave something behind. People like Smith and Salgado. Lasting, unforgettable stability in the midst of a CAT V hurricane of imagery.

Me. Not sure where I go now. The darkroom is up and running. I have targets in mind but not really enough time to fully engage, but I do now realize what needs to be done. We’ll see where it goes, what happens now.