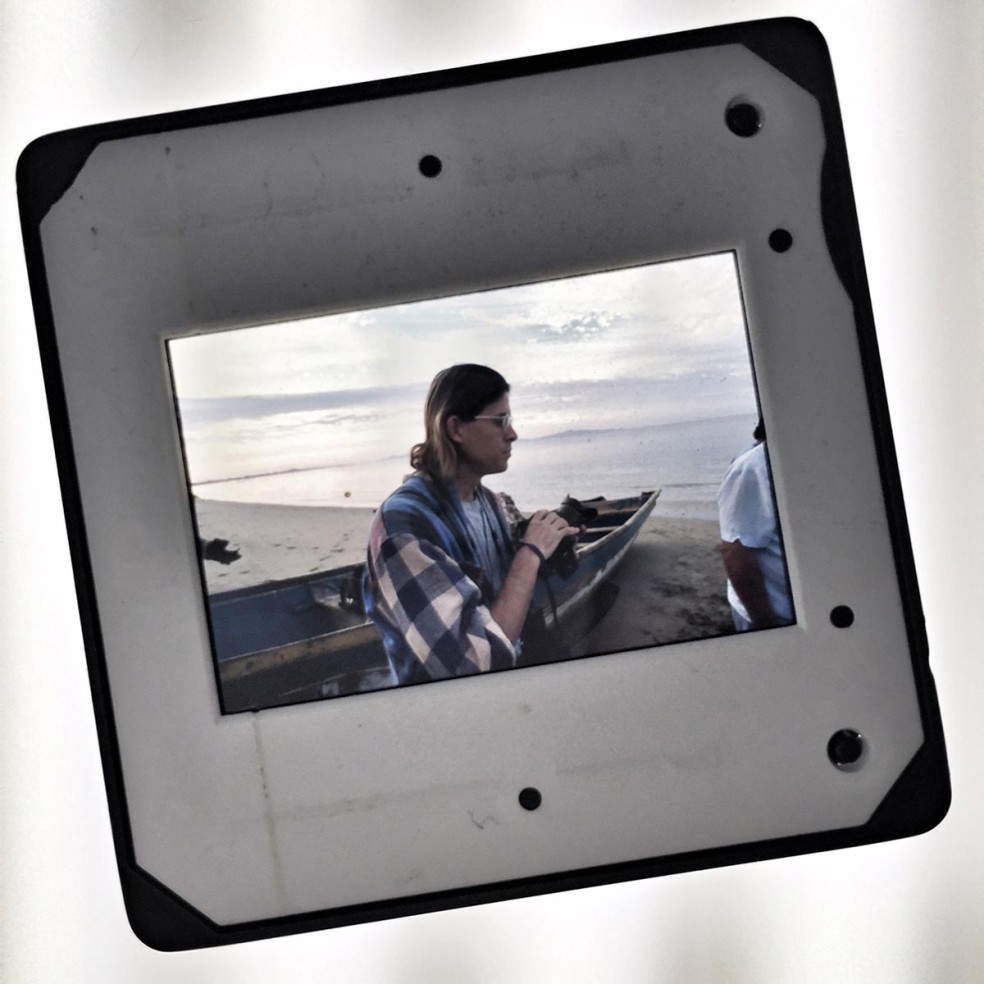 Yep, that’s me. Mid 1990’s. Flannel shirt, long hair, Canon EOS1v, wire rimmed glasses. A walking billboard to the grunge movement. Pearl Jam was my favorite band. But why am I showing you this? We recently embarked on a collaborative project with Ron Haviv titled The Lost Rolls, which features over 200 rolls of recently discovered film belonging to Ron and chronicling some of the major events of the last few decades.

When I explain the project to photographers, and civilians alike, what I typically hear is “Oh, geez, I’ve got unprocessed film too!” I also have a stray roll or two, but what I realized was I have a lot of “lost” film that I had either forgotten about or never printed, published, featured or used in any way. These images HAVE been processed, in some cases even printed, but I never did anything with them, so in my mind they too are lost. Until now.

In my opinion, one of the most important things a working photographer can do is create an archive. Most of the older photographers I know, especially those of note, are often times mining their archive MORE than they are actually doing assignments. This trend has only exploded in recent years and will continue to do so as the industry continues with its “transition.” A lot of young photographers are focused on the now, and being a yoga fan I can appreciate this, but when it comes to a photography archive I’m also a fan of the “when.”

Over the next few months I’m going to mine my own archive, looking for the “lost” frames, rolls, moments and will bring them to you here. If you find your own lost moments let us know. The Lost Rolls website has a contact form. Alert us to what you find.

Now, a little about this image. This was made in Bahia Kino, Mexico. I was working at the paper in Phoenix, and another photographer and I decided to drive south into Mexico and explore. We hit Hermosillo, where I had my first taste of Mexican moonshine, and then made our way west to the bay. I don’t know what this place is like now, but at the time Bahia Kino was just fishermen and their families. A few small hotels scattered on the beach, mostly empty. Just off the coast is Isla Tiburon, Shark Island, where men dive for abalone. These are the guys I was photographing when this image was made. Just seeing this image brings back SO MANY memories I’d totally and utterly forgotten about. My lifestyle was SO different. I had so few worries in my life. No mobile phone, no computer, no daily slog of email. I was much more engaged with the world. I was also getting up with the sun on a daily basis. NOT to do email, or sit in front of a phone or computer, but to actually go forth into the world and make photographs. I had very little money but that didn’t seem to impact the situation. The paper was providing film and processing. I also had a Leica around my neck, and was beginning to understand what kind of picture that little device was able to provide. I also remember it was loaded with Kodachrome which always came back in paper slide mounts, a giant red “KODACHROME” stamped on the rebate.

The fisherman believed there was a spirit on Isla Tiburon, one that would kill them if they slept on the island, so at night they would all pile back in their boats, sleeping just offshore. It was easy to work back in those days. I wasn’t distracted by things like success, being known, having a following, marketing or anything else centered around photography being a career. Perhaps I should have been, but at the time you just tried to get better and to make the best possible images you could. Those images, in turn, would speak for you. Placed in slide sheets and sent to New York. They were your passport, your voice and your soul if you were good enough.

There are more images from this shoot…..

After finding the above image stuck to the bottom of a plastic binder, I decided to dig deeper. What follows are my first steps as a photographer. Based on the comments about my hair. From the same trip. Just dazzling the locals with my mastery of Spanish and my mastery of the fashion world.