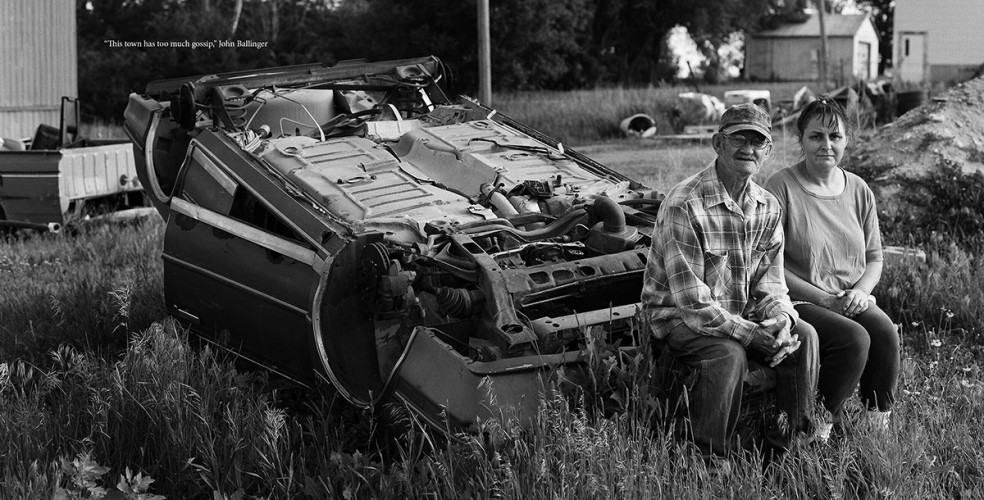 Checking in with another installment of my “Lost Rolls.” I gave a talk at Canon Hollywood a few short days ago, and when I asked audience members how many of them had unprocessed rolls of film at least 75% of the entire room raised their hand. Just imagine what gems are waiting to be discovered. I posted the first three installments of this little story BEFORE we officially launched “The Lost Rolls” project with Ron Haviv. The New York event was incredible. I’m not sure how to explain it so I’ll include the film of the night here. Then we went on to Paris where we held a very different but cool event. I have learned A TON by doing this project. What you see here is the Kansas stop of my Paradise, America project which died an untimely death you can read about in prior posts. What didn’t die is my desire to get back out into the rural parts of America. I’m debated whether I do this on my bike, yes, my bicycle, or do I buy a Sprinter Van and travel in style. The van is more likely, based on time and my overall crappy condition and health, but the bike would be the better option. You can’t hide on a bike, and are far more at the mercy of the elements and your fellow man. You HAVE to engage with people on a bike. In a van I can hide, sleep in, watch Smokey and the Bandit and binge on burritos and hot pockets. Kansas gets a bad rap from coastal dwellers, but Kansas is actually a cool place. The ONE thing that scares me about the place is the wind. It’s off the charts. Having grown up in Wyoming I know about wind, but when there is so sailable stretch of water anywhere in the area the wind becomes rather tiring. Imagine being on a bike. What I love about places like Kansas is you get real people right up front. Few people in these places are pretending to be someone they are not. They are open, kind and sharing, for the most part. Within five minutes of landing in Paradise, Kansas I had the mayor inviting me to lunch at his house. There was a birthday party of some sort going on, and I was included like I’d been born there. Then I was invited to go 4-wheeling with guys on quads. I met kids, adults, the elderly and every single person was intrigued by the project and ready to help out. That alone is so refreshing I can’t stand myself. At some point I’m going to point my wheels toward the east and make a move. There could be a diesel engine behind those wheels or maybe my legs. Not sure yet.