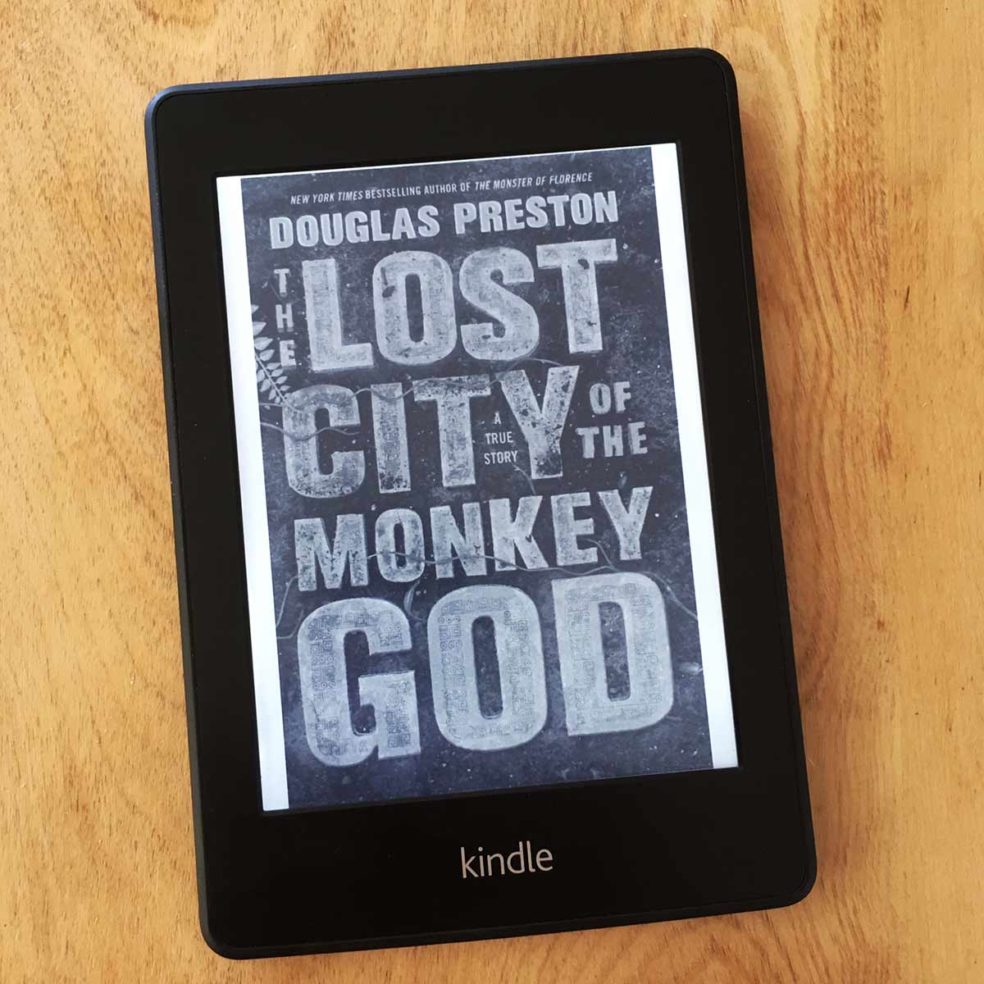 If you can’t get excited about finding a lost city in the jungle then you might already be dead. As you know, I’ve read Doug Preston before and I will read him again. Love what he does. ADVENTURE people. It fights BOREDOM.

Long story short. Lost city rumored to be in the wilds of Honduras, a place we all know has had its share of issues in modern times. A team is formed, a new radar adapted to jungle use and BAM. There it is. Living square in the middle of the most pristine piece of forrest left in all of the Americas where the animals approach humans with no fear because they have never seen humans before. THIS JUST HAPPENED A FEW YEARS AGO PEOPLE.

But here is where things begin to turn. They found it, after an epic battle even getting in, and now the trouble starts. The archeology world, filled with warring factions, begin to attack one another like good scientists tend to do, and now the finders have to arrange trying to protect the place. And once you find it, you in essence destroy part of it, heck maybe even all of it.

This is a great read. Gives you goosebumps and makes you want to get on a plane with a hat, leather jacket and bullwhip and go protect something special until you read about the crew contracting Leishmaniasis. Having Lyme I know what it’s like to have an incurable disease that isn’t popular with modern medicine, but man the team goes through Hell getting treatment and years later members are still dealing with it. AND THE TEAM GOES BACK TO THE LOCATION AGAIN.

On a sidenote I was so happy to read “The expeditions photographer, on contract with the National Geographic, was Dave Yoder.” (paraphrasing here) Dave is an old friend from Orange County who now lives somewhere in Euroland. What I remember about Dave. Tall, funny, serious about his work, drove a T100 and used Leica. Cool guy. I got in touch with him since reading the book, which is alway good.

Get The Lost City of the Monkey God, read it.