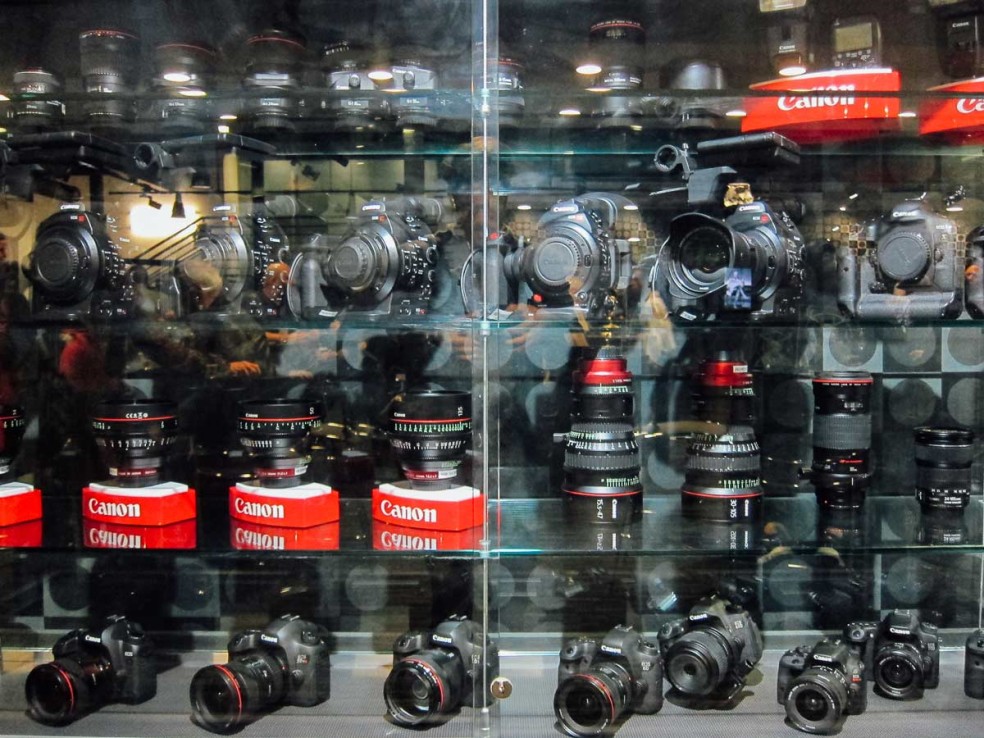 I hadn’t been out in years.

Yes, I know. I live here. But I don’t go out much these days. Life with Lyme means sleep, but last night I went for it. My wife was hosting a major opening at Canon Hollywood, where the Society of Motion Picture Still Photographers were launching a new book. In addition, Gerd Ludwig was having an opening at Fahey/Klein Gallery. I used to live in the city of LA, and I worked for Kodak, so I know a lot of people in this city. I must have seen a hundred people I knew last night. Lots of hugs. Lots of “Holy Shit, a Milnor sighting.” I felt like someone on furlough for good behavior. I have to say, it was great seeing people. Started at one opening, went to the other then returned to the first, then to dinner, drinks and then to a friend’s loft in downtown where I ended up spending the night. A few hours sleep and then back out on the mean streets. I feel like I’m 20 again. The only difference is I’m not hung over but I’m still SO TIRED. Four shot espresso just passed my lips, the sun is out, Damian Marley in my ears and the promise of a wide open world on a Friday staring right back at me. The Canon space in Hollywood, where my wife is the Commander in Chief, is a very cool space. Screenings, training, repair, testing and also exhibitions. Last night was packed and packed with very cool people. Still photographers, DP’s, camera operators, etc. In the past month or so I’ve been to things like last night and then a jazz film screening where the musicians came and played after the film, so you never know what Canon is going to bring next. By the way, Gerd Ludwig is one of my favorite people in photography. He is a doer. And cool, hip, smart and focused. When I see him I smile. Same for David Fahey and his son Nick who is now curatorial director at the gallery.(Congrats Nick!) The first time I ever visited the gallery, back in about 1996, I walked by David’s office and he was in there smoking his pipe. I was scared shitless for some reason, like I am in most galleries. Maybe its my redneck past always so close to being revealed. Above David’s desk was a Peter Beard and I was salivating. I NEEDED to see it, to get close. But there was no way I was going to just waltz into his office. He saw me doing circles and asked “Why don’t you come in?” Boom. Just like that. Not only got a look at the print but got a talk with David. He’s a regal guy. Looks a bit like a 1880’s gunslinger who would have certainly worn a fancy two gun rig but would have been able to use it. 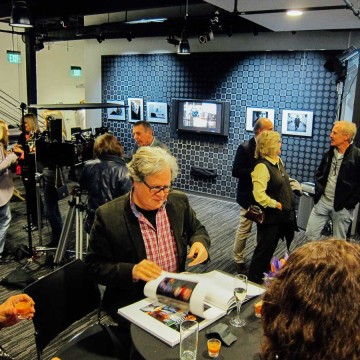 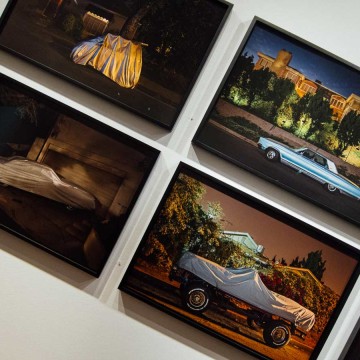 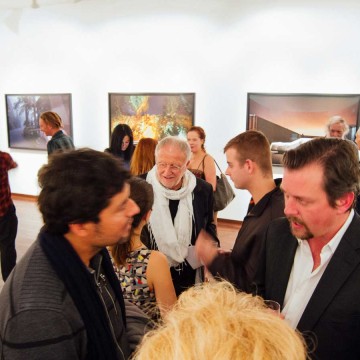 What’s truly fun for me is that the vast majority of these folks all want to talk about Blurb.

By the way, most of these image are tilted because I couldn’t get back far enough and the crop looked awful when held flat. So, you get the tilt. These images were made with a Canon s95, which is a terrific little beast that fits in the palm of my hand.