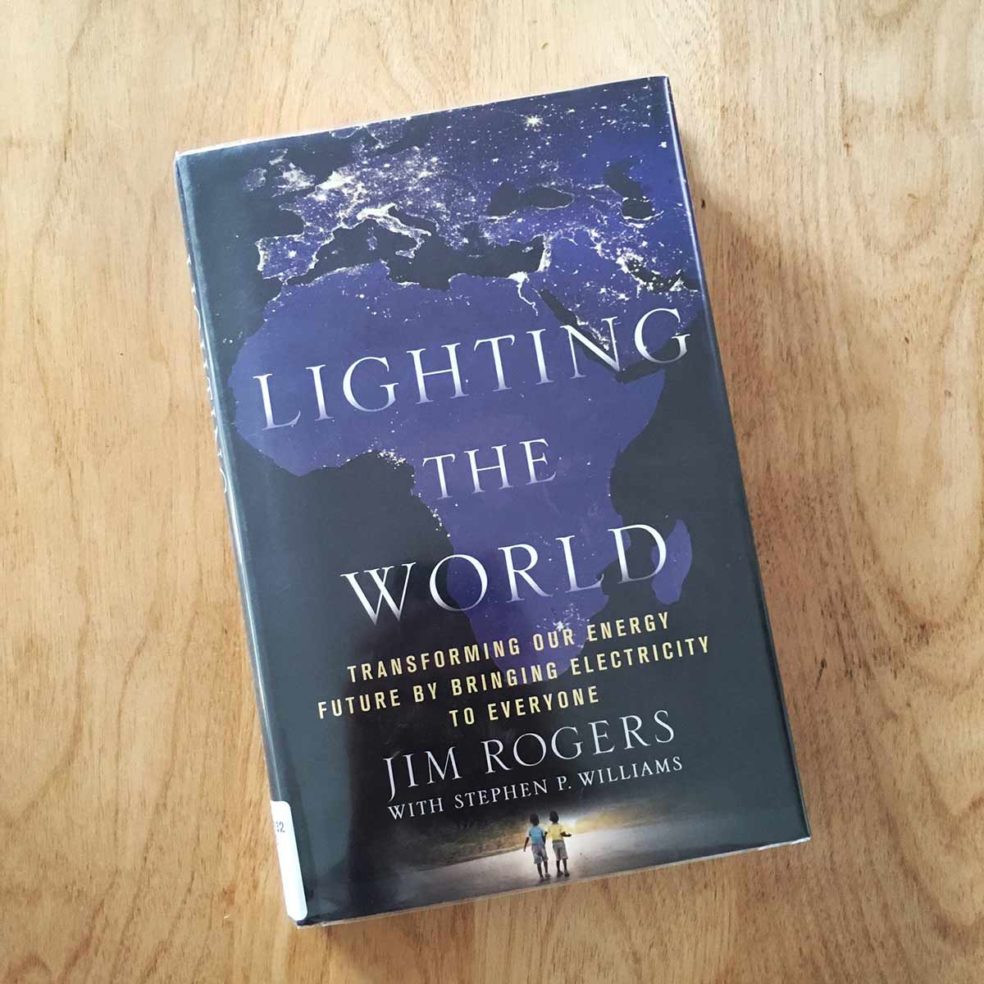 I have mixed feelings about this book, like most books. Jim Rogers, the author and former chairman of massive energy company, doesn’t provide solutions just hope and a few predictions if you will. You can’t really knock him for this because the problem in insanely complex and at the heart of the issue are a million things that could go wrong. The issue here is the 1.2 billion people without power. Many located in rural areas. Why? How? What would the impact be? I’ll ding Jim for offering a mild endorsement of fracking, which I think is a major mistake, but what do I know other than I see the impact of this technique in many of the places I live and explore and I can’t find ANYTHING about fracking I find remotely good as a long-term, non-poisonous energy solution. (Just drive West Texas if you want to see destruction.)

I think what Rogers and the rest of the people working in this field are facing is the need for a shift in collective mindset. We hear about this all the time. Like some joker in lotus on some remote beach telling me how to get reconnected as the same guy spends the rest of the day mining his IG account so he can buy more shit to look even cooler to gain more following. My point? We as a species, in great part, are full of shit. Phony. It’s easy to talk and to play guru but as the Tibetans say “The path to salvation is as thin as a razor’s edge.” We ALL have to change our philosophy about life, and I just can’t see this happening anytime soon.

However, this game has an end if we continue to play under current rules. And that end will be a violent one. I LOVE renewable energy. Not just because it makes sense but also because it’s actually damn cool. I actually think about solar when I’m daydreaming. That doesn’t make me weird does it? In any case we are now reaching a a point where we HAVE to start taking action. If we don’t we probably die out as a species. (Cue soundtrack to Platoon here.)

I would get this book and read it. I really would. If only to get your mind open to new things and also to some of the new companies working in this field.(There are some really cool things happening.)

I’ll leave you with one jarring fact from the book.