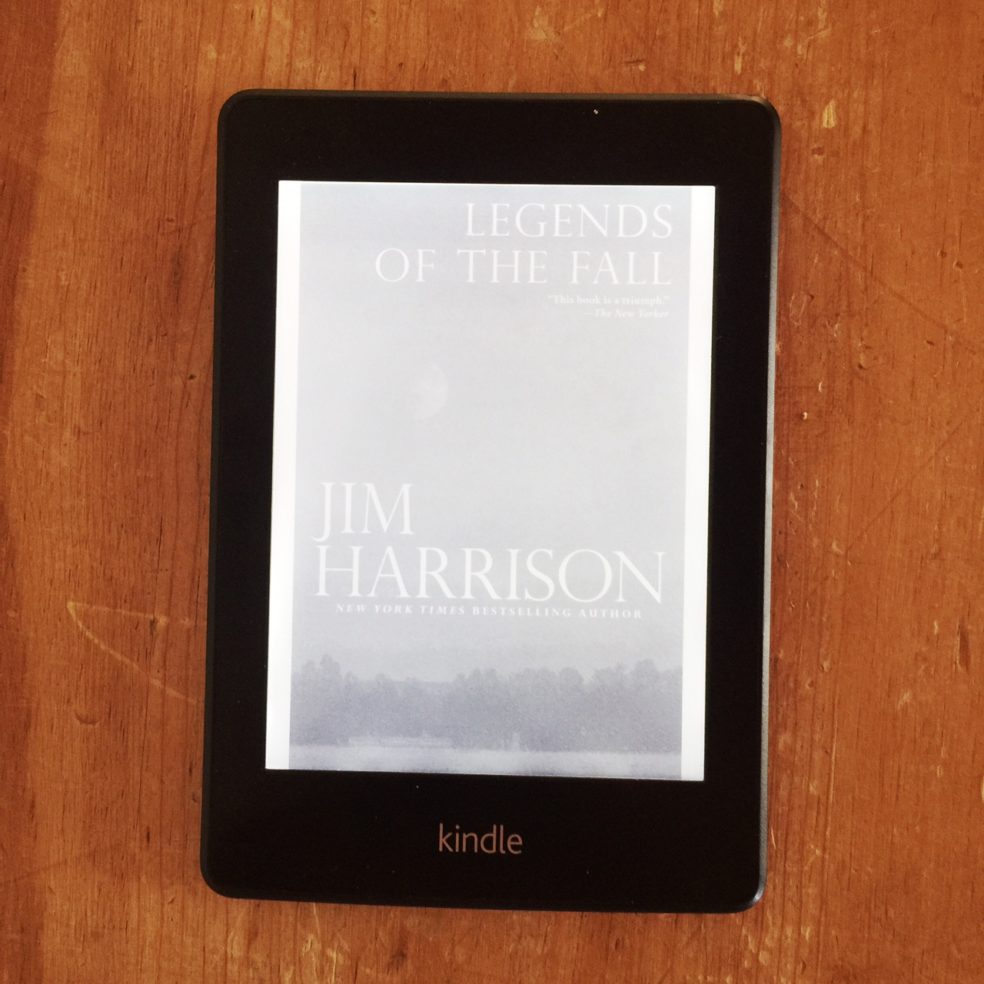 I was never a fan of novellas until now. You probably know “Legends of the Fall” by Jim Harrison or perhaps you have seen the movie, but until you read these things you can’t truly understand how good they are. They are precision instruments. The novella is art. There is no fat, no time for pomp, no room for any added weight. No soft roll of flesh around the middle. Just lean meat.

This trilogy is a powerhouse. Two of the three stories became feature films, one including Madeleine Stowe who I will simply say is worth any amount of time or investment you can possibly give.

Now, the subject matter is up my alley, so I’m biased, and the more I learn about Harrison the more I realize how much he was a replica of my father, although Harrison could write and make poetry, something entirely foreign to my father. Also, on a twisted side note. I’m in a town, at this precise moment, where at one point in time I had to run and hide from a van load of tourists who saw me on the street and thought I was Brad Pitt, one of the actors who starred in the film adaptation of Legends of the Fall. Not only did I have to run and hide, but I was discovered by a friend who had watched the entire thing go down and looked at me hiding behind a tree next to an abandoned building and asked, “Ahhh, what are you doing?” It was my only real brush with what it must be like to be famous, but thankfully I’m not in demand, so that one time was plenty for me.

Get these novellas. Buy them in print form, keep them.