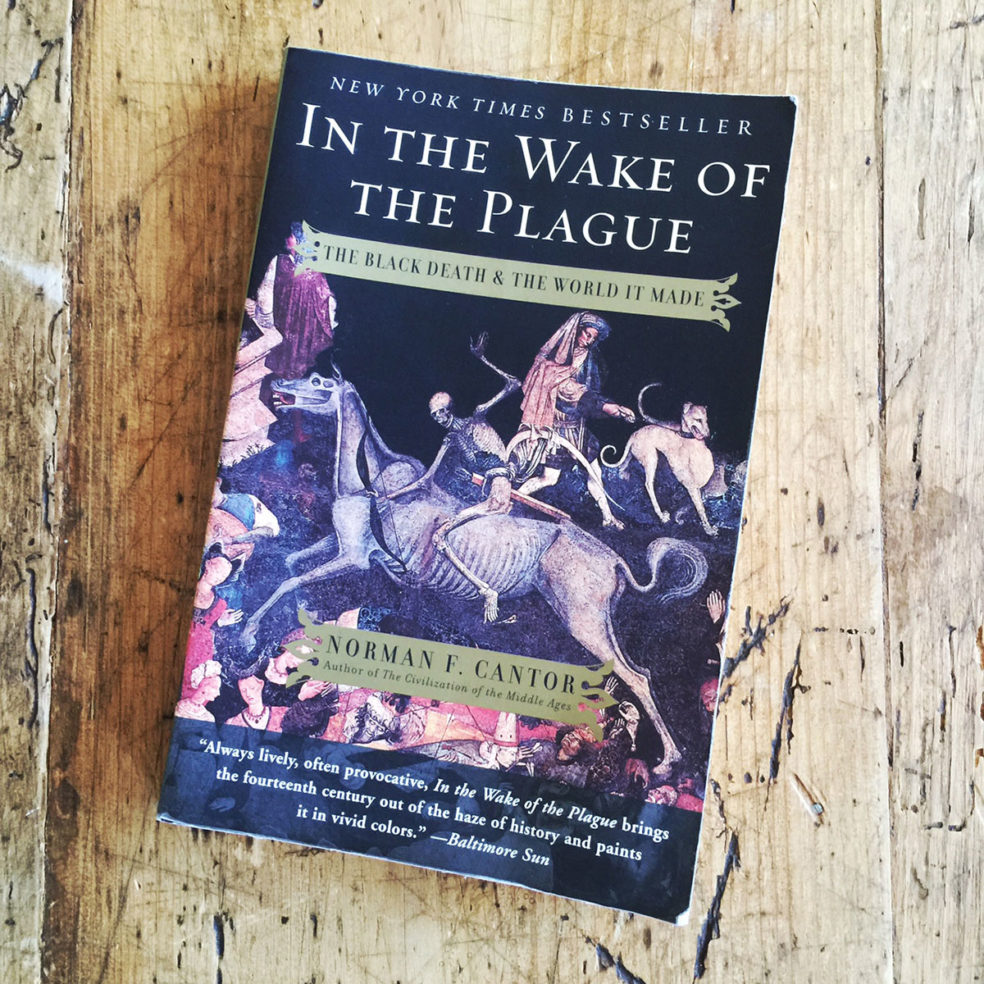 Turns out the plague was a real drag. Plague with a dose of Anthrax for good measure. Sounds rough, and it didn’t discriminate. If you were there, wrong place, wrong time, wrong rats and fleas, you were a goner. This book isn’t the story of the plague although it provides an interesting history. It’s about what came after. Culture, life, science, etc.

Let’s face it, we’ve come a long way science wise, but we still have plague and Anthrax roaming around. Norman Cantor’s “In the Wake of the Plague,” isn’t what I would call a fun read but it truly is fascinating and at times downright scary.

Having an incurable, long-term disease myself, I sometimes wonder if a person wouldn’t be better off getting something toxic like the plague, something that causes you to say “S%$#,” then go to Vegas to blow all your money before the disease ravages then exterminates you in record time. I’m still undecided.

Also, this book reveals some truly revolutionary thought about the relationship between The Black Death and modern HIV/AIDS. Get it, read it and see for yourself. Interesting stuff.