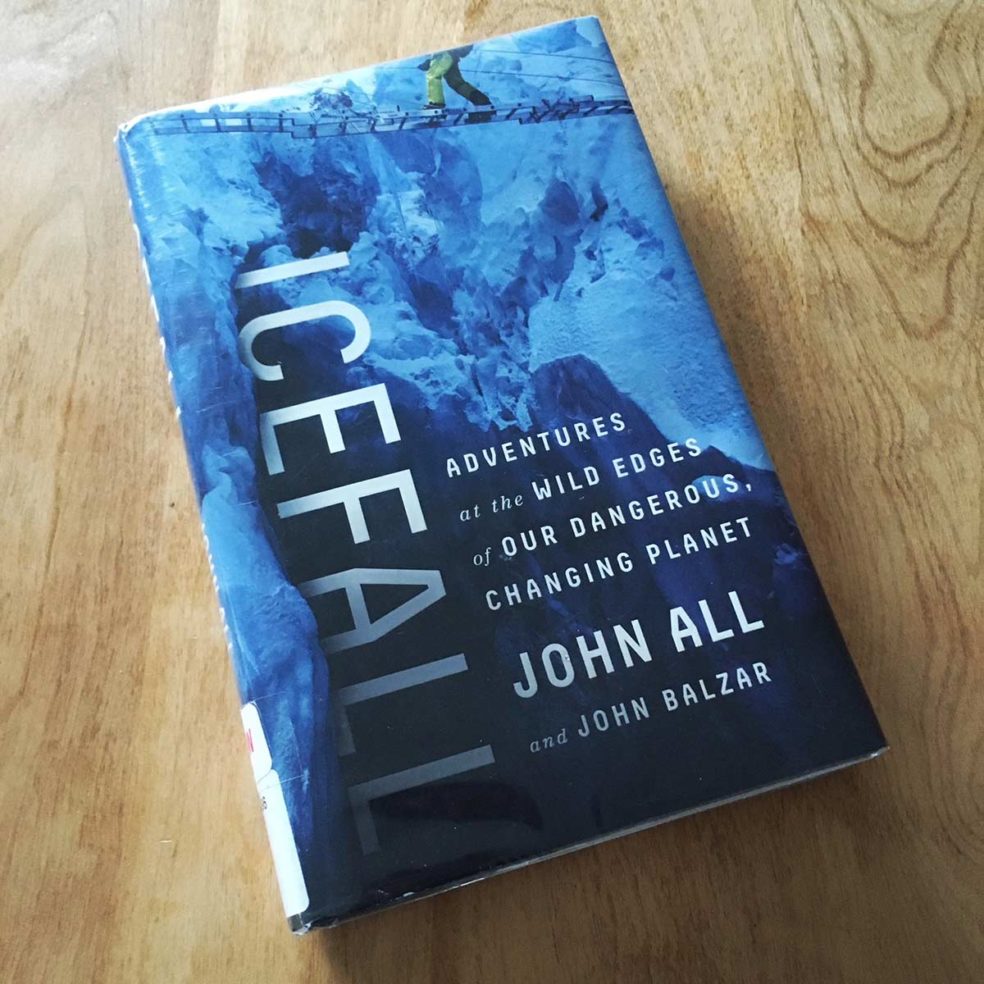 The world is a dangerous place. For John All the danger comes in falling into a crevasse, alone in the high mountains near Everest. And on top of Everest and in the sticky Central American jungle among other places, and when it comes to his relationships….just about everywhere. (Not bagging on him, his relationships fall like ice towers in the rapidly warming atmosphere. Commitment comes with a price.)

Fall is a scientist who blends his love for the high art of mountaineering with the fact based reality of attempting to better understand climate change. I’m just going to say this now. We can’t use “climate change” any longer. Do I believe in climate change? Yes. Do I believe in math, science, fact and truth? Yes. I’m one of THOSE people, but the term “climate change” has been so politicized it no longer has meaning and it polarizes our tranquilized population. (I’ve spoken to two people in the past week who scoffed at climate change because they are in the middle of this deep freeze that hit the East Coast. “See, it’s colder than ever,” they said. Ya, we are doomed. But I digress.

All brings us “Icefall,” which starts and stops with him making a serious mistake that nearly costs him his life. He starts mangled and ends mangled but in between is a story of someone who is trying to balance two ideas while trying to find happiness and fact. He climbs Everest without crampons because there is so little snow he doesn’t need them. Ya, try that on for size.

All also co-founded the American Climber Science Program. He’s been on NPR and been quoted by numerous media outlets in regard to science, climbing, etc. The last chapter of this book is a must read. The last chapter explains climate change in simple terms. Did you know Venus is hotter than Mercury? I didn’t. Wanna know why? Read the book!