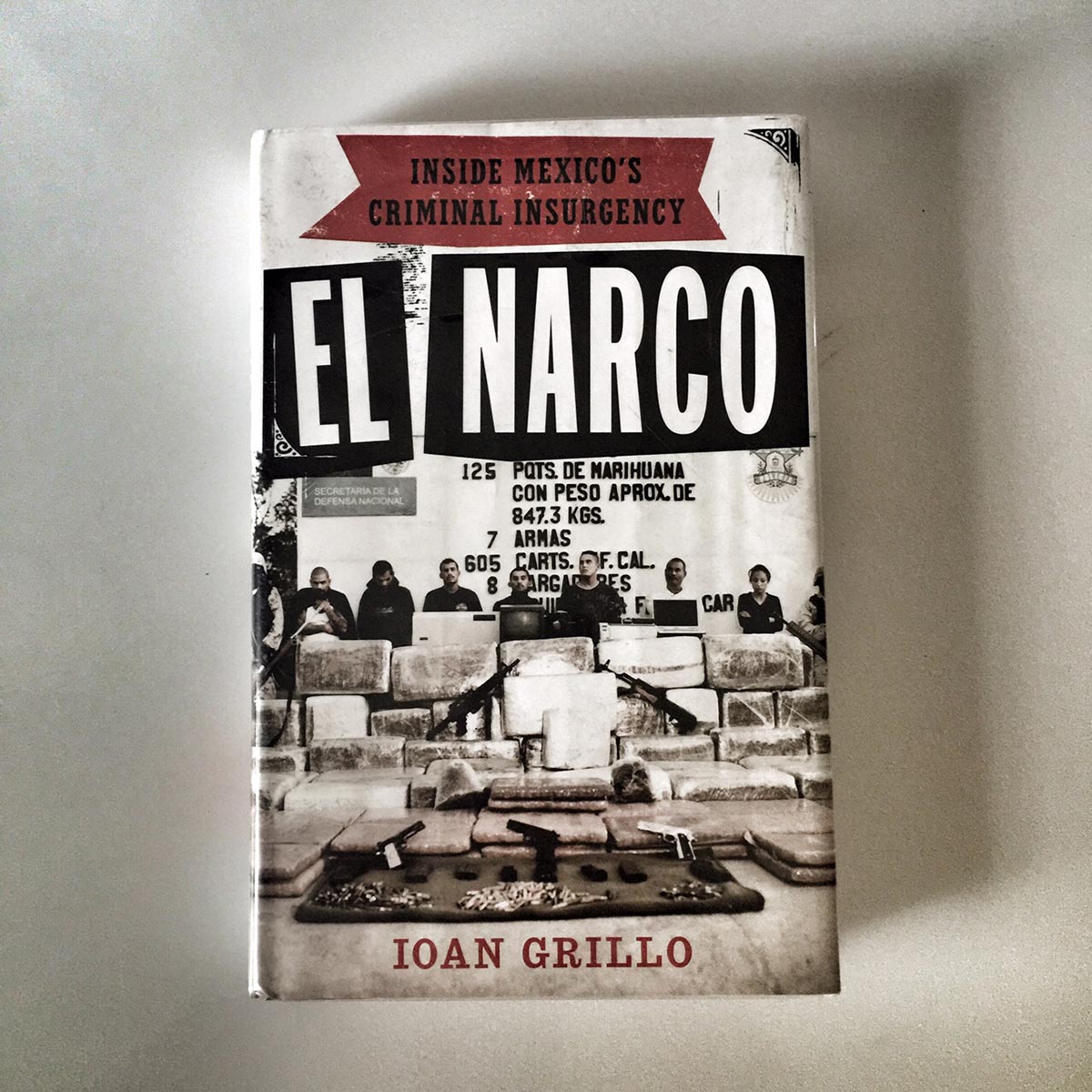 Wow. How much of this do I want to know? All of it. This is a history book punctuated by intense, first-person, real-world, detailed accounts. Within the first ten pages you begin to wonder how a book like this even exists, the same exact thing I’ve heard in reference to the new documentary Cartel Land. There is something so magnetic about Latin America, which I’m guessing is why Grillo landed there in the first place. The magnetism of the region, including the not-so-good parts, is so different from what we have in the United States where things feel more like a compromise of culture due to our size and sheer number of immigrants from every corner of the globe. Mexico is magic. Grillo’s book pulls back to high altitude to give us the history of the region, the power players, the culture, the homicide, the music and the surrounding insanities of the Narco War where the guidelines have been forgotten and the territories change on a violent daily basis. Grillo explains that this war isn’t new, and this war isn’t going to end anytime soon. I once got out of a car in Corleone Sicily the day after a mafia kingpin had been taken down in the exact location. I was there for other reasons, for other photographs, but the locals didn’t know that, and the reception was less than warm. A local friend looked at me and said “Don’t know too much, don’t see too much.” So when I read this book I wonder why drives someone like Grillo to keep going, knowing all to well the toxic mixture of journalism and the Narco War.(More Mexican journalists were killed this week.)

The book held several surprises for me. First, the celebration of the violence by parts of the population, and not just the bad guys themselves. This includes musicians who are gunned down on a regular basis. I was also a bit surprised, although I shouldn’t have been, by the marketing of the violence by the cartels themselves using social media and other mainstream outlets. As many of you know, I deleted most of my social accounts, so I’m not up on all the latest….stuff.

I love Mexico. I really do, and I hope that all sides of this situation find a dignified way out, and that someday a book like this could only exist in our imagination.