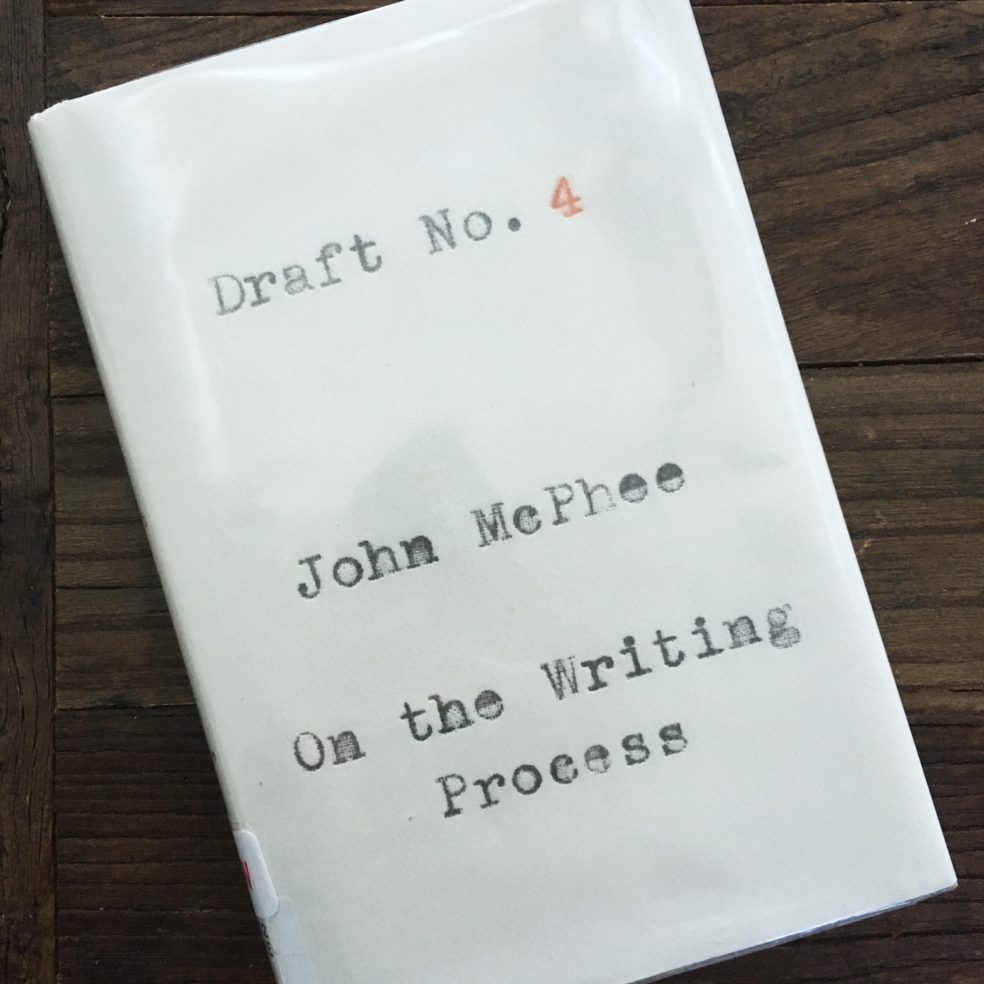 I love John McPhee. I’ve posted a few of his books on this site, and can promise I’ll be posting more in the future. He’s intelligent, funny and his writing is so honed it makes me sick to think of him ever coming across a post like this. I’m the first to admit when it comes to writing I am, without a doubt, a train wreck of significant proportion. I love to write but I’m not a great writer. In fact I’m not even a good writer, but I enjoy it, hence the mess you see here.

Draft #4 is about the writing process. It covers a variety of topics, all with humor and specific examples, but there are two main points I want to cover here. Fact checking and the revision process. We are now living in the Dipshit Age, which means things like fact checking aren’t getting the attention they once were. McPhee breaks down the fact checking system at The New Yorker where he has contributed for at least three decades. All I can say is that you probably have NO IDEA the level of effort they put forth to fact check their authors. Again, this is in polar opposition to the Dipshit Era methodology of most media outlets, political memos, etc. In fact the Dipshit Age is all about ignoring fact for political or individual gain. Just take one look at Instagram. If you just read this portion of the book it would be well worth your time and effort.

I also loved the portion about revision. As many of you know, I’m a bookmaker. I make test book after test book. Just as I make edit after edit of my photography in an attempt to make it as impactful as possible. Writing is perhaps even more tied to the draft. McPhee works on the first draft in what we would call a “spitballing” way. Just throwing out things in whatever order they come, but then works on revisions. Drafts 2, 3 and 4. Our world isnt’ really wired this way anymore, so when I read the line about Draft 1 taking two years, and Drafts 2, 3 and four taking six months I had to put the book down and stare out the window for a few minutes.(I saw a hawk.) Not that I think this is strange, or slow or absurd, only that it is still happening. But when you read McPhee you get to enjoy the fact that this was the effort put forth. You know those facts have been grilled, flipped and grilled again to make sure they are cooked as perfectly as humanly possible.

Get this, read this and then pass it on to a nephew, niece, son, daughter, etc. McPhee is puro oro. (PURE GOLD)