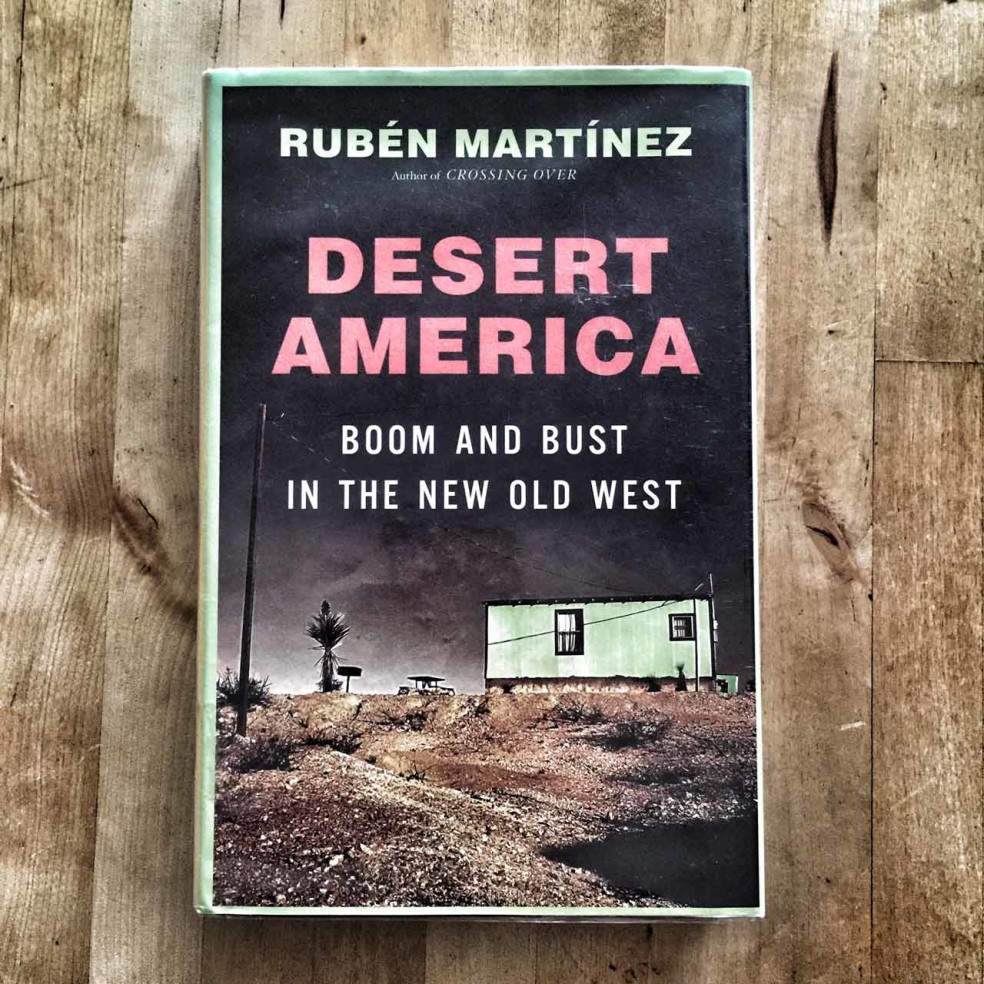 Any book that details life in Northern New Mexico is worth a look, and Rubén Martínez hits a home run with “Desert America, Boom and Bust in the Old New West.” The book covers Martínez as he makes he way through life, and through The West, stopping in Joshua Tree, Velarde and eventually on to Los Angeles. In the middle parts we get insight into places like Marfa, with it’s art scene and border realities mingling with the footsteps of those both above and below the poverty line. We also get a look at the Arizona border and the daily struggles of those attempting to cross the far reaches for a shot at another life. The parts of the book dealing Northern New Mexico are what intrigued me the most, being that I live in Northern New Mexico part of the year. I have yet to find a place more intriguing, more pained and more caught in the middle of race, history, land and poverty. Martínez is an outsider, so moving to a place like Velarde isn’t easy, and it also isn’t something to take lightly when locals may or may not want you there and are not bashful in letting you know. The book mixes beautiful observation of landscape, culture and the daily struggle of life with history before, during and after the booms of the 1990’s and early 2000’s. Having spent time in many of these same places I found myself almost afraid of this book, not wanting to read it but not wanting it to end.