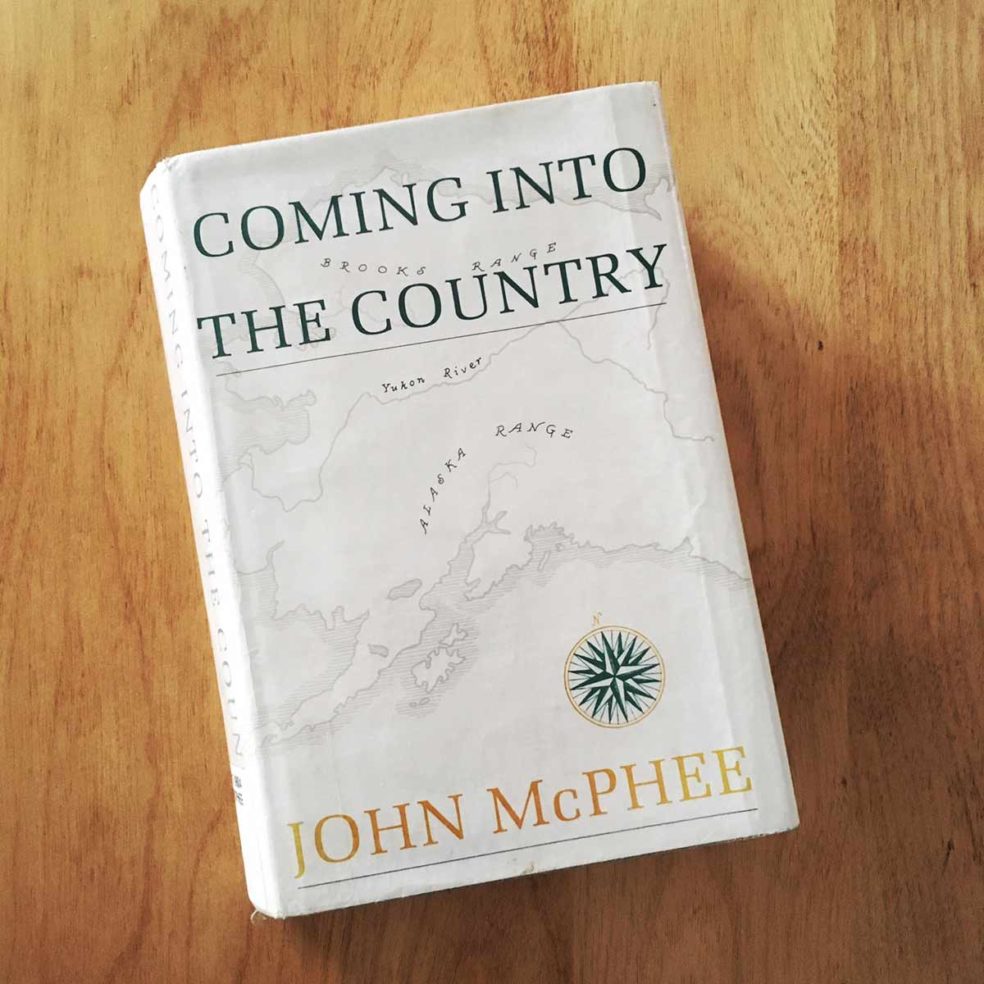 I didn’t know John McPhee until I found this book, but since finding this one I’ve reserved two or three more of his works at the library. I think he’s a beautiful writer, and I enjoyed this book even though it was published decades ago and I am more interested in what Alaska is like now.(There are MANY remaining parallels.) However, the first third of this book was so beautiful, and the author takes his time to lay out this massive land and story. The second third was less interesting to me only based on subject matter, and the final third was great but not as great as the first third.

I read Alaskan Travels second but wish I would have read it first because it covers some of the same ground as Coming Into the Country, but it’s not as good. I felt the author was rushed, distracted and bounced to quickly from thing to thing, place to place, person to person. Not that I don’t like Edward Hoagland. He’s done some great work but this one fell a bit short for me. Had I read it first I probably wouldn’t feel this way. In his defense, he was in love and on an editorial assignment, and let’s face it, if you are looking for depth most magazines are going to fall way short in that category.(Most are merely delivery mechanisms for advertising now.) This book is also more modern and our attention spans were starting to fade even back when this baby was written. (Read The Shallows if you want to know the sad truth.) The truth is Alaska deserves us to read anything and everything we can get our hands on. Considering a significant percent of people who visit the Grand Canyon don’t get out of the car, I’m not entirely sure how many Americans understand a place like Alaska. And watching silly reality programs doesn’t count. I’m not sure the scale is understood, and that fact that even though Alaska is massive, and still has several near pristine places, the entire place is a house of cards. Pristine places can’t take impact like places already destroyed, like California for example. One resort, one oil rig, one road and the ramifications are magnified exponentially. I would say “Go see it now,” but don’t. Alaska won’t survive all of us.