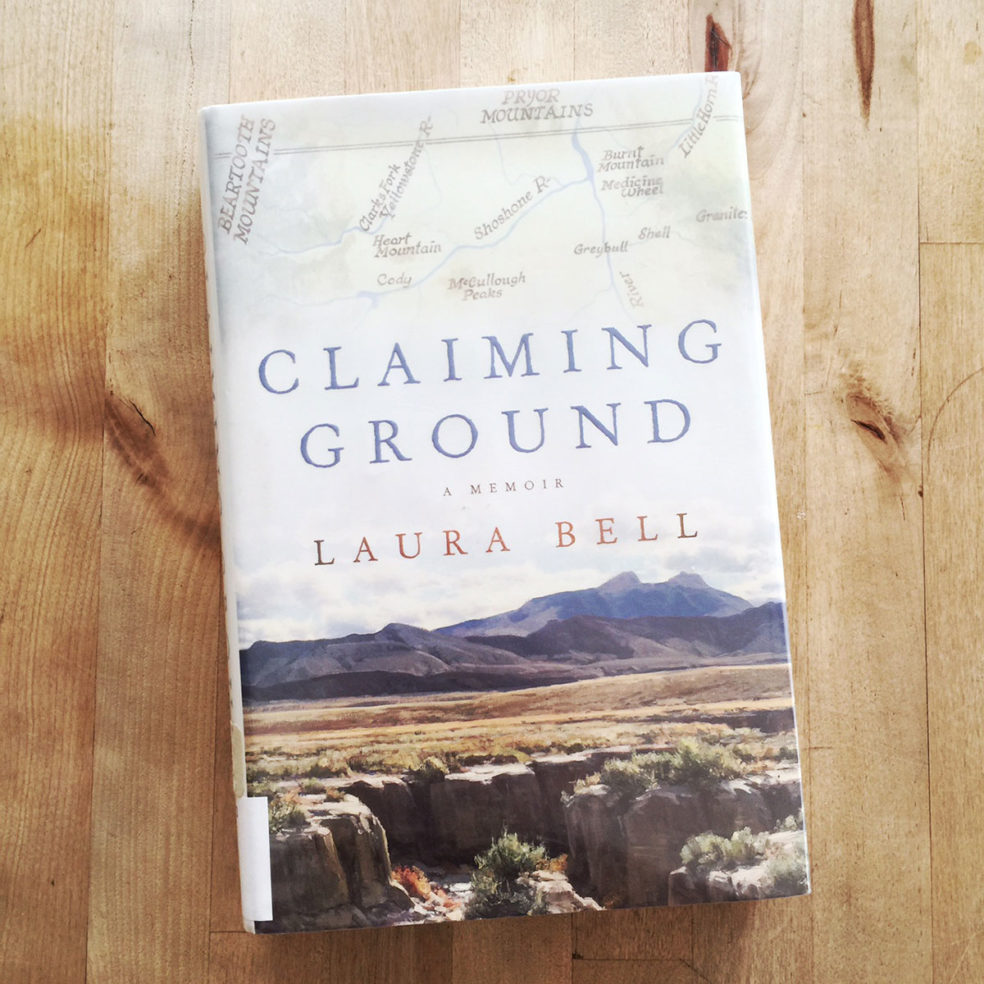 One of my all time favorite books is “The Solace of Open Spaces,” by Gretel Ehrlich. The book is about ranching in Wyoming in the 1970’s. This hits home for me because my father bought land in Wyoming at the exact same time. My dad’s goal was a natural one. Nature, isolation. But it wasn’t long before he was also involved in ranching. What emerged was the MR Angus Ranch, which is still in operation today. My father is long since gone but that particular place and time put the hooks in me like nothing else, and it haunts me to this day. Even though I live in California and New Mexico I think about Wyoming on a daily basis.

I never thought I would find a book that made me feel like I was still there. Until I found Gretel. Turns out there is another book that makes me feel the exact same way, and it turns out the two are connected. Laura Bell’s “Claiming Ground,” was like a memoir of my childhood played out through the story of a woman from Kentucky who puts eyes on Wyoming only to never be able to forget what she’s seen. It works like that. Happens that way. Not for everyone but for some. Turns out Laura knows Gretel, and their books play like game trails passing over one another. Bells’ book is both beautiful and heartbreaking. Just like the land. Always in control, never the same day twice even when the parts are the same. Get it, read it.