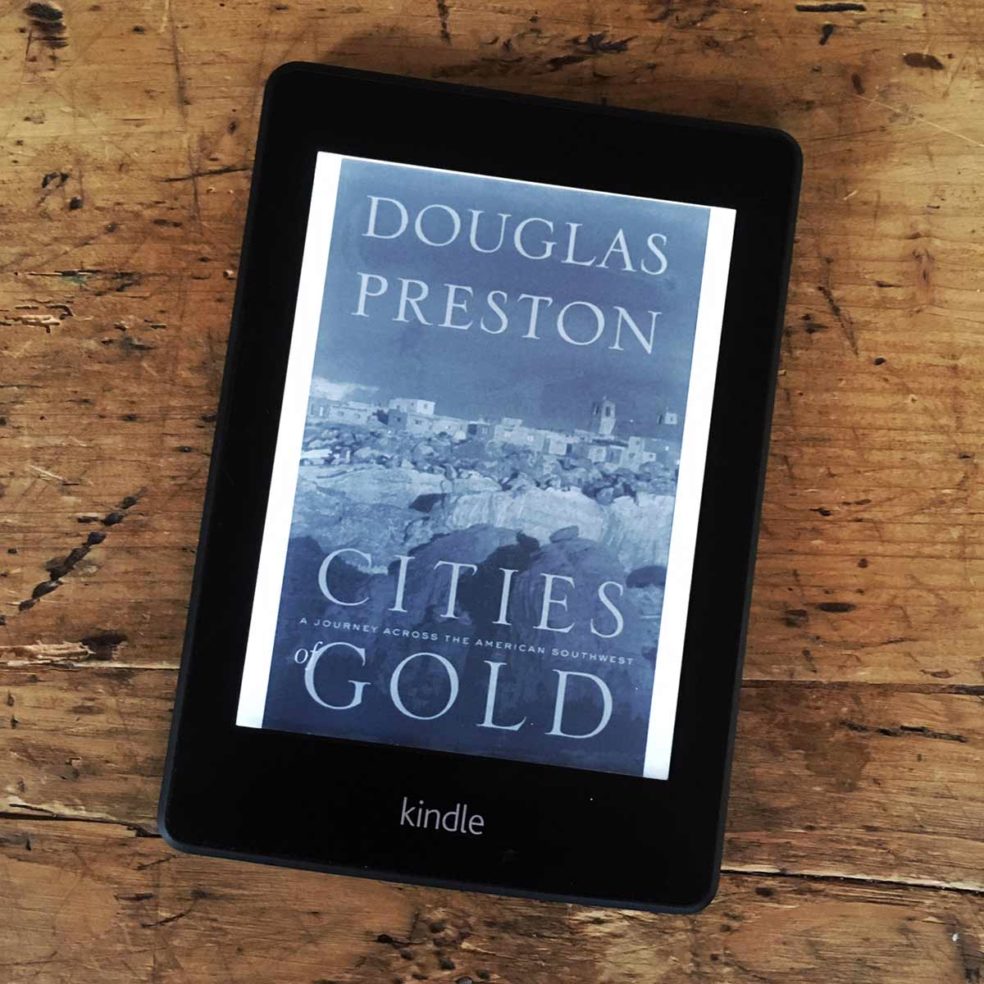 Any author crazy enough to retrace Coronado’s route across the Southwest is okay in my book. Having traveled some of this same country, via truck and on foot, I can attest-to some tiny degree-just how insane this little voyage actually was. Doug Preston is no stranger to writing books and no stranger to semi-prepared adventure. “Cities of Gold, A Journey Across the American Southwest in Pursuit of Coronado,” is a combination of the two.

Just to set the table, the idea here is Doug and his traveling partners, one a photographer with an 8×10 view camera, and the other a horse wrangler who was actually a wood-cutter, attempt to retrace Coronado’s route through modern day Arizona and New Mexico. As you can imagine things don’t go as planned. The route proves more difficult than first imagined, and soon what was three was only two. But the two persevere eventually making their way to the end of the trail in modern day Pecos.

I thought this was going to be an adventure book, and it was, but what struck me even more than the story was the history of the region, comprehensively presented, as well as a detailed account of the destruction of what is left of the American Southwest. In particular the feeling the men felt as they approached modern cities after being on remote Native American lands. The contrast is jarring, even for me, and I’m a bit more versed on these things than some. The book balanced information, history, humor and depression in a wonderful way.

We now live in a country where most of us are city dwellers and at least two to three generations of us are now entirely separated from the land. This isn’t good. Coronado came and with him came Mr. Destruction, Mr. Disease and Mr. Death. Although the Spanish are gone we have learned to bring these men with us in our own ways, and we continue to sharpen their steel. I’m not sure what the remedy is, but all I know for sure is if you want to see what’s left you better go now.

Preston has written many books. All come with good reviews. Get them, read them.