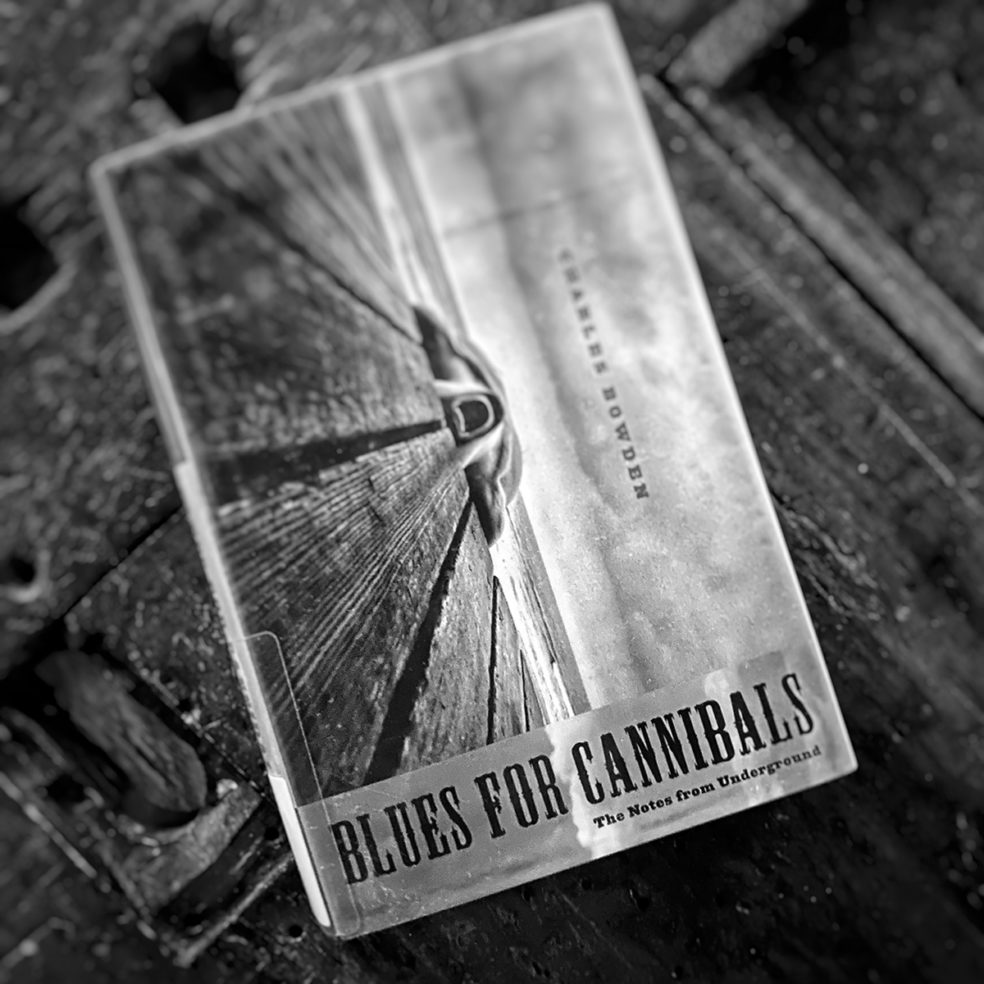 I have to thank my friend Scott for turning me on to Charles Bowden all those years ago. If you are interesting in Latin parts then “Down by the River,” and “Murder City” are a must. Bowden was the guy who lived what he covered and is a great example for anyone thinking they have a story to tell. I think Bowden would have been sickened by most modern journalism and would have had NO time for hipsters of any kind, especially those with a camera or reporter’s notebook.

There are many things I admire about how he went about his work. He did a variety of stories over the years but he really poured himself into his own backyard. He dug and dug and watched and waited and became known as one of THE people when it came to the Southwest. Did I mention how much respect I have for this?

“Blues for Cannibals” is Bowden stretching his legs. Personal, powerful and revealing to vices of substance and sex. This is a writer allowing us a glimpse inside the reality of HIS world while showing the rest of us the reality of OUR world.

Get it, read it. And this applies to all his work.