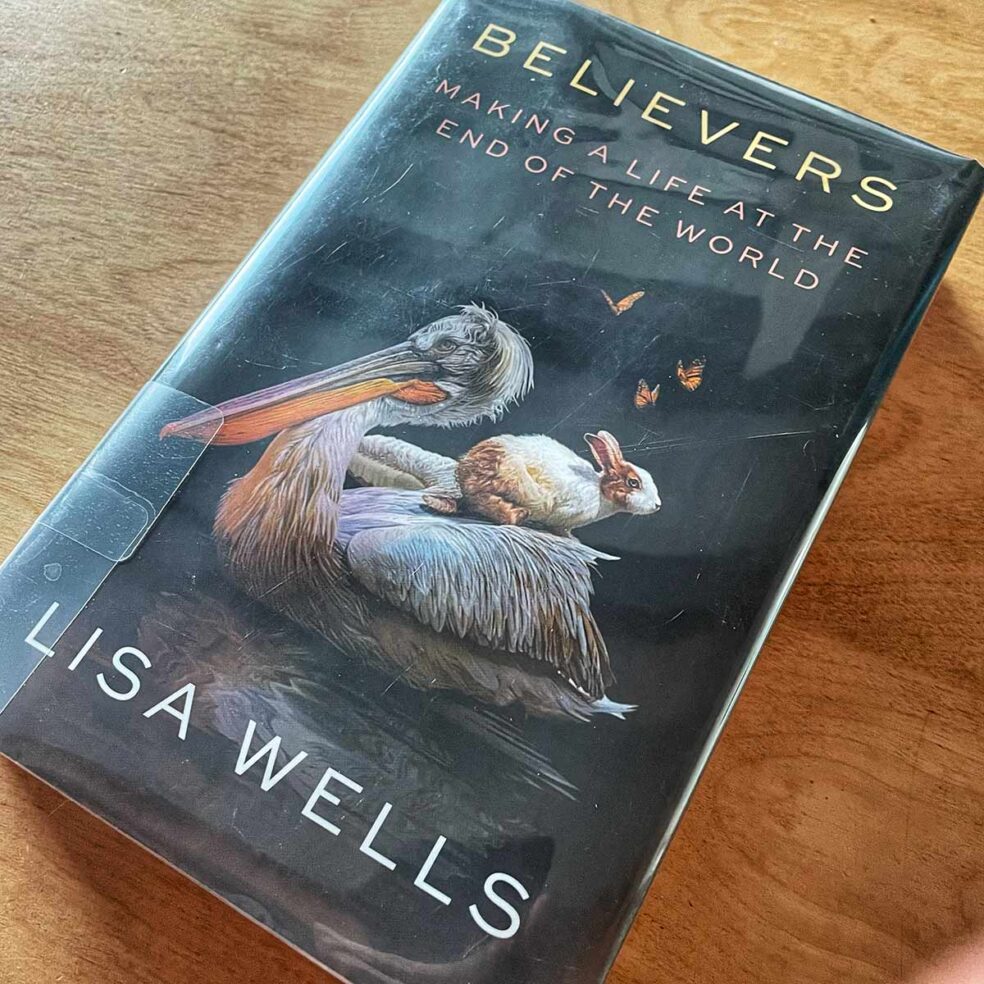 You might have noticed a bit of tapering off here at Shifter. It’s true. But it doesn’t mean this place is going away. Far from it. In fact, I’m in the midst of a reboot rethink here at Shifter and want to make this place a lot more than it currently is. However, when you are selling something it makes the direction a bit trickier. I had a tech friend study my site, on a whim actually, and gave me some great feedback. A lot of it. Some positive, some negative but it made me the question “What am I?” “Who am I and who do I want to be tomorrow?”

I am still reading my face off but I haven’t been posting many of the books. The twelve thousand-mile road trip didn’t help with blogging, but things are percolating now that I’m back. Lisa Wells is a fantastic writer. I was caught off guard by this book because a quick look at the title made me think the author had traveled to the ends of the world to work with people who were creating life down there, anywhere. But two of the stories in this book are from New Mexico, my home, and the title actually meant making a life as our world, the Earth, potentially comes to an end. My bad.

Wells is at home in the wild, well, at least more than the average person let’s say and she travels to remote areas to listen to people who have dedicated their lives to alternative ideology when it comes to answering how we live our lives during the approach to end times. On the surface, and to those in the suburbs and political office, these folks might seem strange, eccentric, or even deranged, but their message is clear and consistent as is their belief in help, doing right, and making good decisions moving forward. I spent this last four months on the road, crossing the country from left to right and back again, and can say that we are as lost as a nation as I’ve ever seen. Not that we haven’t been lost since the beginning but now we have added a layer of utter stupidity to the mix that sees us celebrating shooting ourselves in the foot each and every day purposely doing wrong to prove our point is right whatever that point may be. Discussion is in short supply.

Wells writes beautifully, and at times above this dumb hick’s head but this is what I love about someone with a mastery of language. They make me read and reread certain passages to make sure I know what she wants me to know or consider. The Earth is in major need of repair something made ultimately clear in my little summer voyage. Endless urban, auto-dependent sprawl in cities and towns of all sizes, massive destruction to natural areas and parks, loss of small farming operations, and a major percentage of the population raised entirely off the land. We have work to do and Believers tracks some of the folks who have made a stand.

Words like “sustainability” have been weaponized and linked to politics, truly idiotic, but as long as we remain in our ideological camps while ignoring the signs around us we have to begin considering what move might be our last.