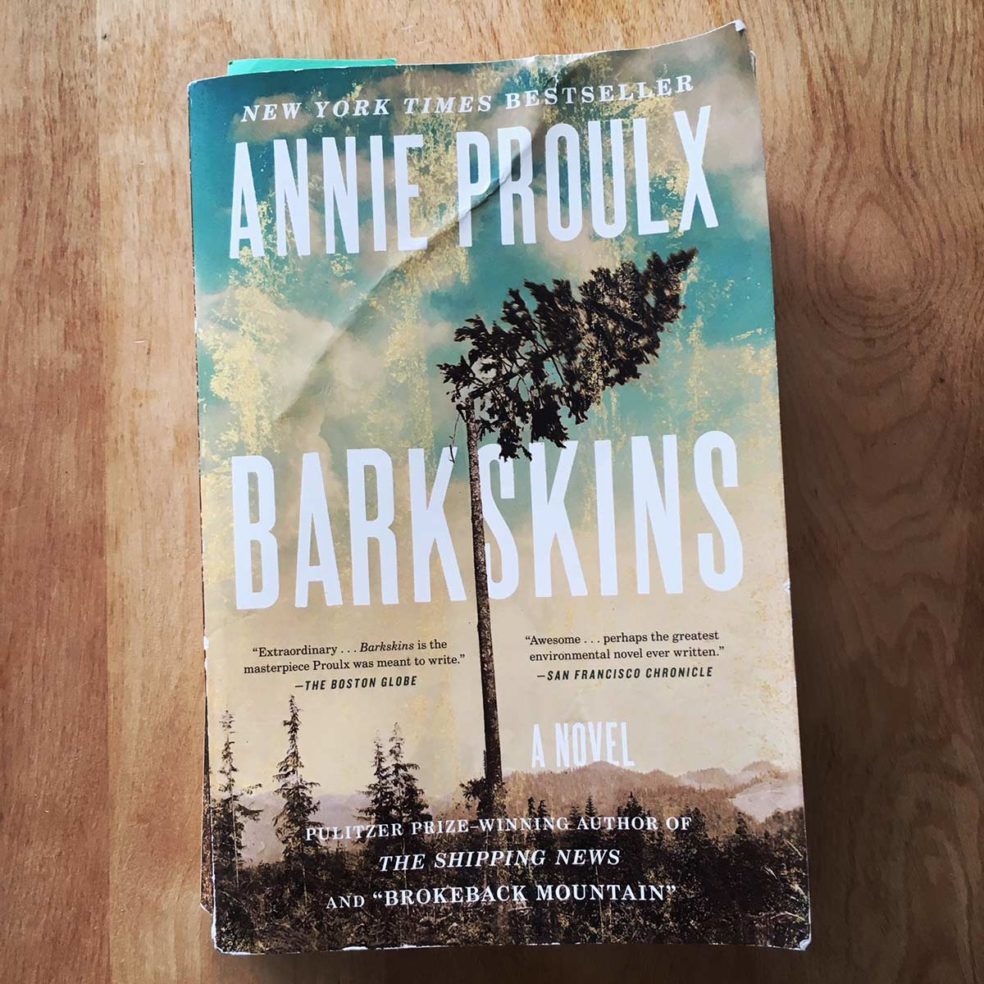 Maybe it was too late when the first hominid awoke and stared at the world.

This is perhaps the underlying theme of this VAST and EPIC book. Now, a little background. Barkskins was given to me by a friend who handed me the beast and said “I hated this book.” With a hard sell like that I was totally and utterly all in. I have to admit, for the first twenty pages or so I kept thinking “I’m probably going to hate this too.” But I didn’t. In fact, I really love this book.

Rumor has it the author lives very close to where I “grew up” in Wyoming. I’ve never been invited over, so I can’t verify this, but I’m just going to keep believing it. Okay, the book.

Two men arrive in “New France” in the 1600’s. That’s how this opus starts, and it ends hundreds of years later in the 2010’s with the descendants of one of these men. It’s so f%$%$#@ cool. This book is complicated, and even has four pages of genealogical charts at the back so the reader can keep track of who is who, something I referenced only after hard nights of huffing paint….ahem.

The underlying theme is that humans are a somewhat despicable species. I’m not sure there is ANY way to dispute this unless you have your head completely up your ass. Turns out there are a lot of Americans who fit this description. But Americans, or those who became Americans after establishing the colonies, looked at North America as something to be slashed, burned, cut, contained, farmed and built. They viewed the human role in nature as Conan the Barbarian, and the saw the once great forests of North America as endless and designed to be felled. Destroy, keep moving, destroy. You could dispute this view, you could even say this is an exaggeration, but the only problem is we have this thing called history and this other thing called fact. And we are still doing this shit today, just ask Ryan Zinke.

Through generation after generation the book follows one family then the other as they live, die, give birth and come to grips with who they are, what they have done and how they might see the future if they just give the future a small chance.

The book does bang the reader on the head with this idea, especially at the end, but the idea is kept subtle for the vast majority of the book, so I’m not docking the author for it.

On a physical note, a book like this becomes one with the reader, at some point. You lug it around, curse it, but by the end you look for it when you wake up. Get it, read it.