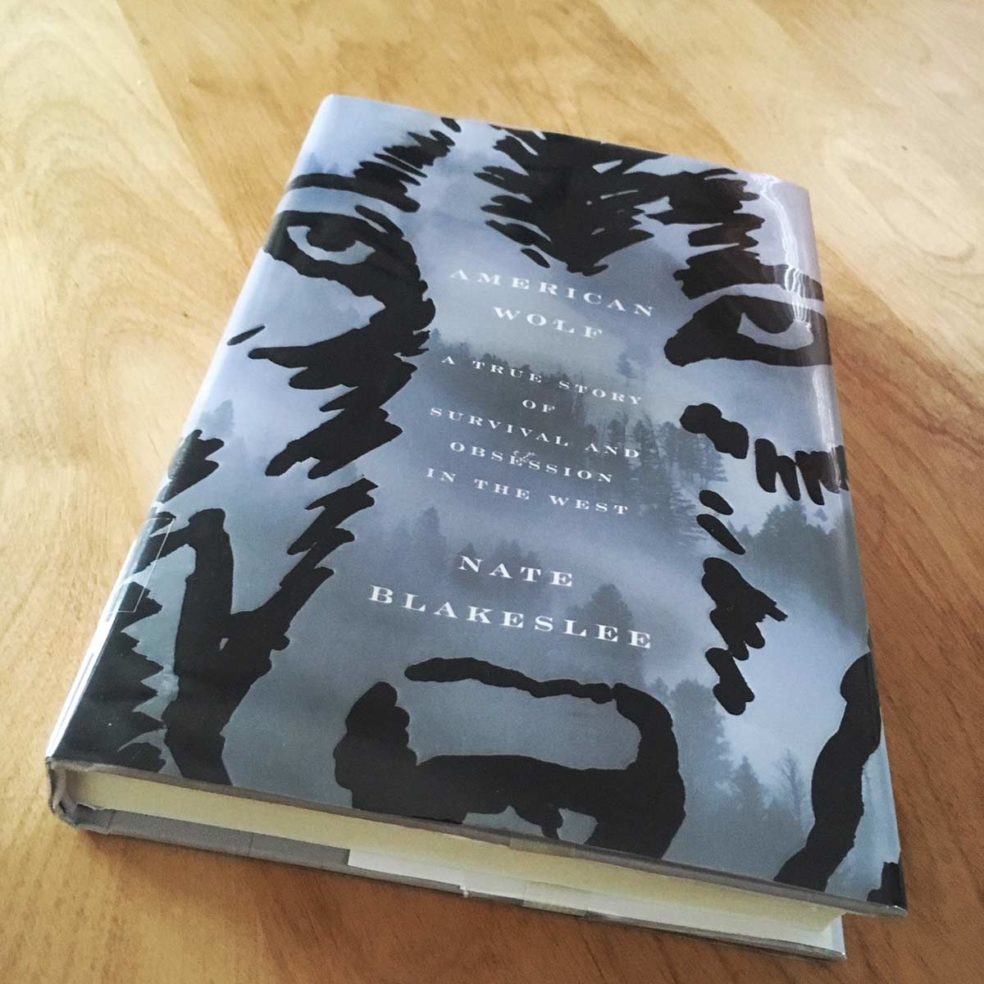 Okay, Nate Blakeslee’s “American Wolf” made my blood boil. I’m guessing you are familiar with the wolf situation in the American West, but I know there are more than a few Euro types who read this site, so let me give you some background. At one point in time the wolf was one of the most common Earth dwellers. A long, long, long time ago. By 1920 our brilliant citizens of the United States had eradicated our entire wolf population, like we enjoy doing with many other species, so we no longer had that lonesome howl at night. In 1995 wolves were reintroduced to the American Landscape, namely in the Yellowstone area. If you don’t know Yellowstone just know it’s pointy in parts, ball numbing cold in the winter and perhaps the only remaining intact ecosystem of it’s kind in the world. In short, it’s the cat’s ass of natural areas. (As some of you know I spent a portion of my life in big, wonderful Wyoming.)

Well, like all things natural, the situation quickly became political and remains that way today. On one side you have wolf loving people and park rangers, some of whom really devote their entire lives to watching wolves in the wild. The wolf packs took to Yellowstone like hipsters took to Instagram. Now if only we could get the wolves to target hipsters we’d all be better off. Ahem. And on the other side you have hunters, ranchers, off-highway access people and yes a shit ton of absolutely corrupt, primarily Republican politicians. Governors and higher representatives like Boehner and Reid(D). One side thought the wolves were a plague and the other thought the same of the politicians. (You can’t believe what these assholes politicos actually did, or maybe you can? This was a dual party scam for sure.)

As many of you know, wolves like to eat, and they like to eat elk, coyotes, buffalo, and yes, cattle. So, plans were put in place to compensate ranchers for livestock loss. But let’s just say things got complicated. Ranchers hated the wolves, rednecks hated the wolves cause they hate pretty much everything except Budweiser, NASCAR, tobacco and sleeveless t-shirts from 1985 hair bands.(I also lived in Texas for 15-years.) Politicians want to make money, and want their constituents to make money on things like wolf tags(licenses) which people pay for when they hunt. I come from a hunting family but I don’t get shooting a wolf, or any “trophy” you don’t actually eat, but apparently many other people don’t feel the same.

Get it, read it and make sure you use your vote to try and keep partisan or corrupt people out of the US political system.(Good luck with that.) There are greed heads (HST) on both sides of the aisle. We need good people, people we can trust, which is why I think the wolf is, once again, in big trouble.