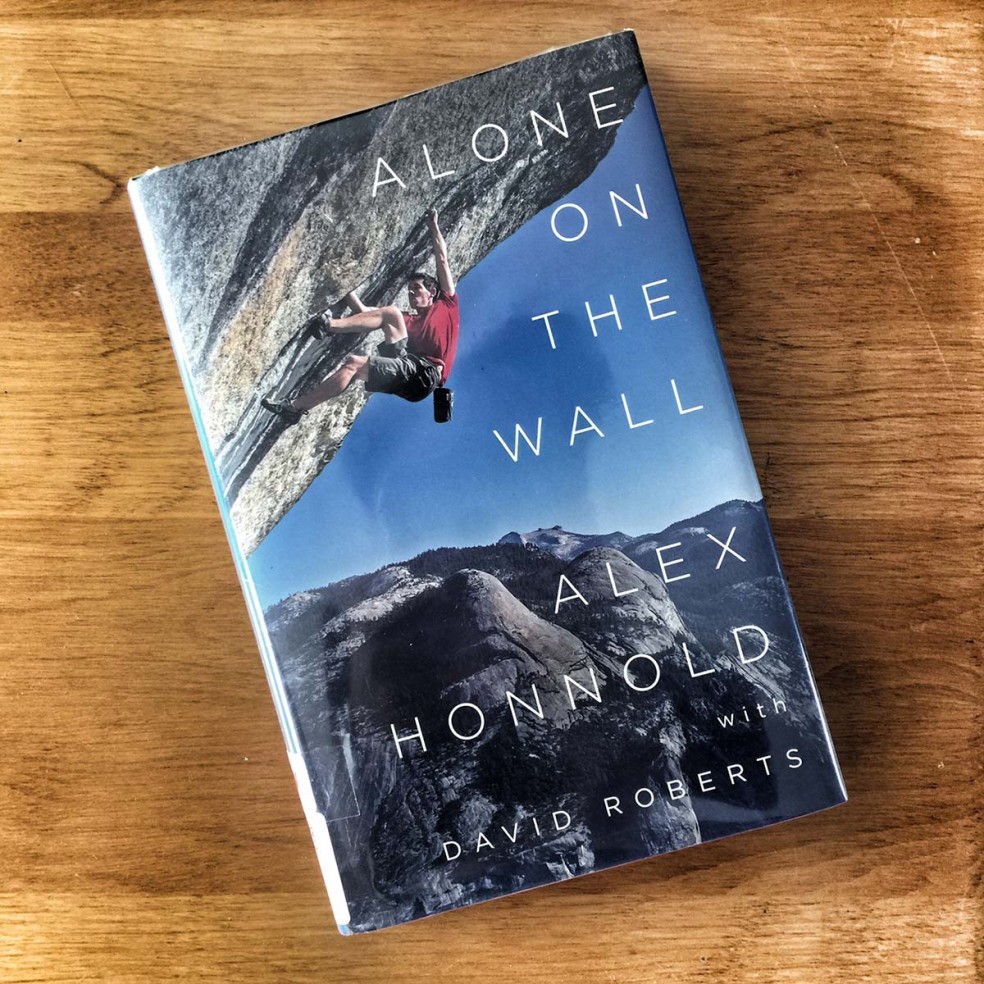 If you don’t know of Alex Honnold prepare to have your mind blown.

A little context. I made my first attempt at rock climbing in about 1990 while attending the University of Texas in Austin. I was assigned to make photographs of a graduate student named Rick. Didn’t know anything about him, asked what he was really like and he said “I’m a climber.” This meant nothing to me, so I asked to go along and see what climbing was about. It turns out Rick was climbing with a guy named Jeff who was not only a good climber but also a good writer. He’s still writing today, and from what I understand is a real part of the climbing industry. I’m not sure where Rick is, but I hope he’s still out on the rock.

When I first watched Rick and his friends climb I was so in awe all I could think about was trying it. Oh, did I mention I’m not cool with heights? Especially open heights…like say….climbing, or even worse…repelling. Horrified. Like arms go limp kind of thing. Anyway, Rick and his friends were game to let me try. I never got off the ground. I think the climb they started me on was a 5.10 called Crystal Blue……something I can’t remember. It might have been a 5.8 but for ego’s sake I’m going to stick with my 5.10 memory rating. I couldn’t solve the first move. On a top rope, ZERO fear of getting hurt. ZERO fear of being high off the ground and I just couldn’t do it. I’d never had climbing shoes on, so the idea of trusting my body weight to a tiny smear of rubber on rock was entirely foreign and felt all wrong. What I did end up with was bloody knuckles and knees as I slipped off over and over. Very quickly my arms were pumped and useless.

Fast forward to my photography career where early on I met another photographer who was also a climber. He asked if I wanted to give it another go and soon were were on predawn missions to the Superstition Mountains outside of Phoenix. He would climb lead and I would slog up behind him, often times needing help of whatever variety I could find. I hated repelling. Backing over the edge of a cliff with your life in your own hands is unsettling to me, especially when it required more than one belay to reach bottom. Freaked. I managed but was never happy. I did however love bouldering. Bouldering was what gave me my only semblance of technique. I could push myself to my limit without much equipment and without much risk of getting injured. (I wasn’t bouldering anything difficult.)

I first heard about Alex Honnold…..when……no idea. Don’t remember. One day I didn’t know about him and then suddenly I did. I’ve never met him but he’s an interesting person because he appears to be somewhat real, and I’m using the term “somewhat” because everyone has flaws. But in a world of phony people doing things for promotion and fame he seems anchored in his own world. (Yes, I snuck anchored in as super sleek climbing reference. I’m awesome.) I also like the fact he reads. I know, I know, this shouldn’t be a miraculous trait but in today’s world of everyone staring at the metal and plastic com device in their hand, ALL DAY LONG, those who read pop out as if they are 3D characters. Two minutes into most conversations I can detect who is a reader and who is not.

Honnold does things that no other human being has ever done. At times he comes across as aloof and arrogant, but I think it’s more awkwardness, and even if he is a bit cocky he is actually doing things that nobody else had ever done, so if someone deserves a bit of a break I’m going to say “cool.” I don’t want to ruin the surprise, but just read the book and if you want a sneak peak check out the films “Alone on the Wall,” or “Valley Uprising.”

This book is co-written by Honnold and writer David Roberts who has written a myriad of things including no less than 26-books about mountaineering, exploration, adventure, Western history and anthropology. Damn Roberts, leave some for the rest of us. I actually put these guys on equal footing. Honnold for his life and Roberts for his ability to produce in such epic fashion.

This book centers on some of Honnold’s most important climbs. Roberts fills in with outside information, background and other truths. My personal fav is Honnold’s solo(no ropes or protection, yes you read that correctly.) of Sendero Luminoso in Mexico. I showed the film, created my Sender, to my wife who watched about two minutes before screaming and running away. First off I just saying “Sendero Luminoso” because it makes me people think I can speak Spanish. I also always throw in “That’s Spanish for Shining Path” which makes people think that MAYBE I was in Peru when the Shining Path was ripping things up. I remain mysterious about it just to keep the intrigue rolling.

If you love nature, sport, adventure, philosophy, history and having your mind blown….read the book.