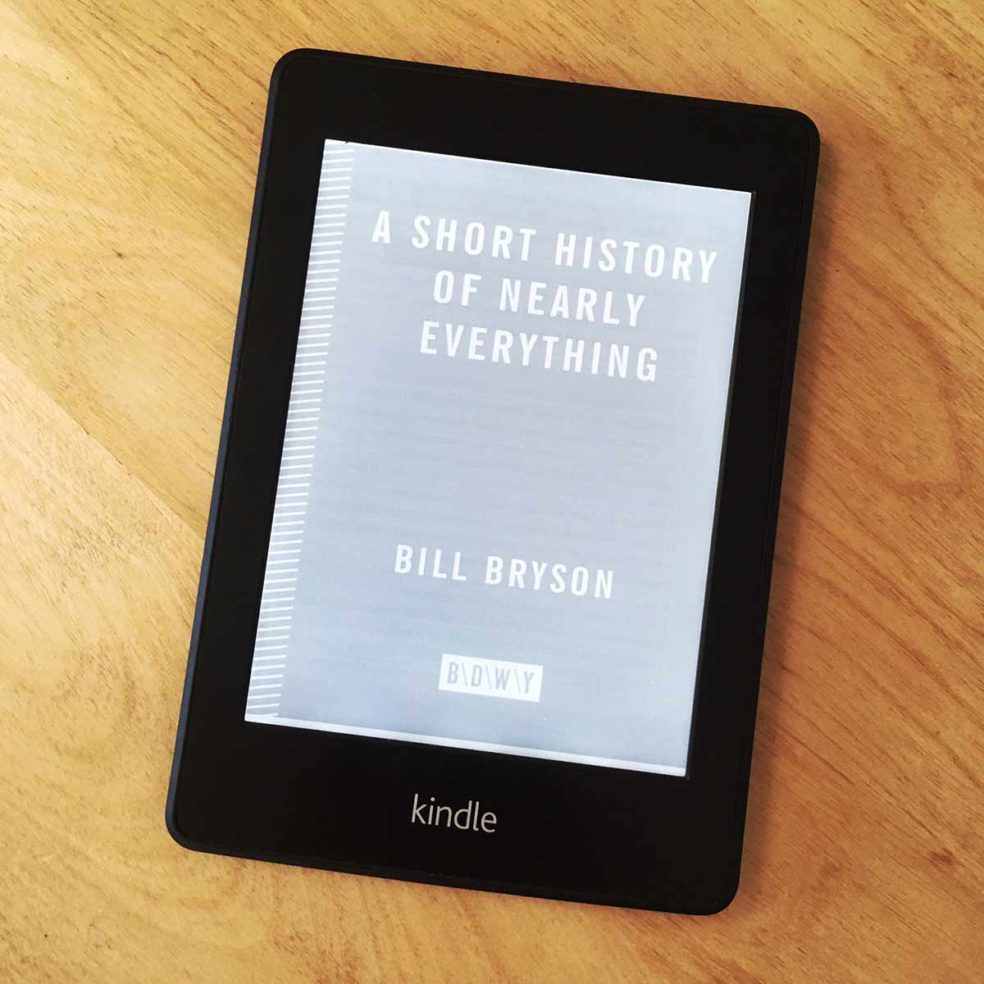 You thought I stopped reading? Nah. Just dug deep with some thicker books and also had both of my jobs ramp up significantly in the past few weeks. Just know I’m never far from at least one book. So Bill Bryson wrote “A Short History of Nearly Everything,” after coming to the realization he didn’t know a Hell of a lot about a Hell of a lot. I came to that conclusion four years ago after deleting social media. It was at that point I began to really read seriously for the first time in a long while. And now reading has become a top-five item in my life’s ranking of important endeavors. THERE IS SIMPLY SO MUCH TO LEARN.

Having said this I still don’t know a Hell of a lot about a Hell of a lot. I don’t. Not even close. So a book like this is impossible. Nobody can write it and write it well but Bryson makes a damn good attempt. And he’s funny which is something I have supreme admiration for. You can’t win with a book like this. First, each subject Bryson encounters could be broken out into fifty-volume detailed, factual, chemical, physical histories, so he’s trying to skip a stone across vast bodies of knowledge while making sure each impact has meaning. I’m sure anyone who is a full time chemist or geologist or physicist would find fault in SOMETHING or perhaps EVERYTHING in this, but those of you who know me know I’m pretty much a total dumbass. So I loved this book. Even if you aren’t a dumbass too you will probably enjoy it.

What did this book teach me? I HAVE A LIFETIME OF KNOWLEDGE TO ACQUIRE WITH LESS THAN HALF A LIFETIME REMAINING. No time like the now. Get it, read it.