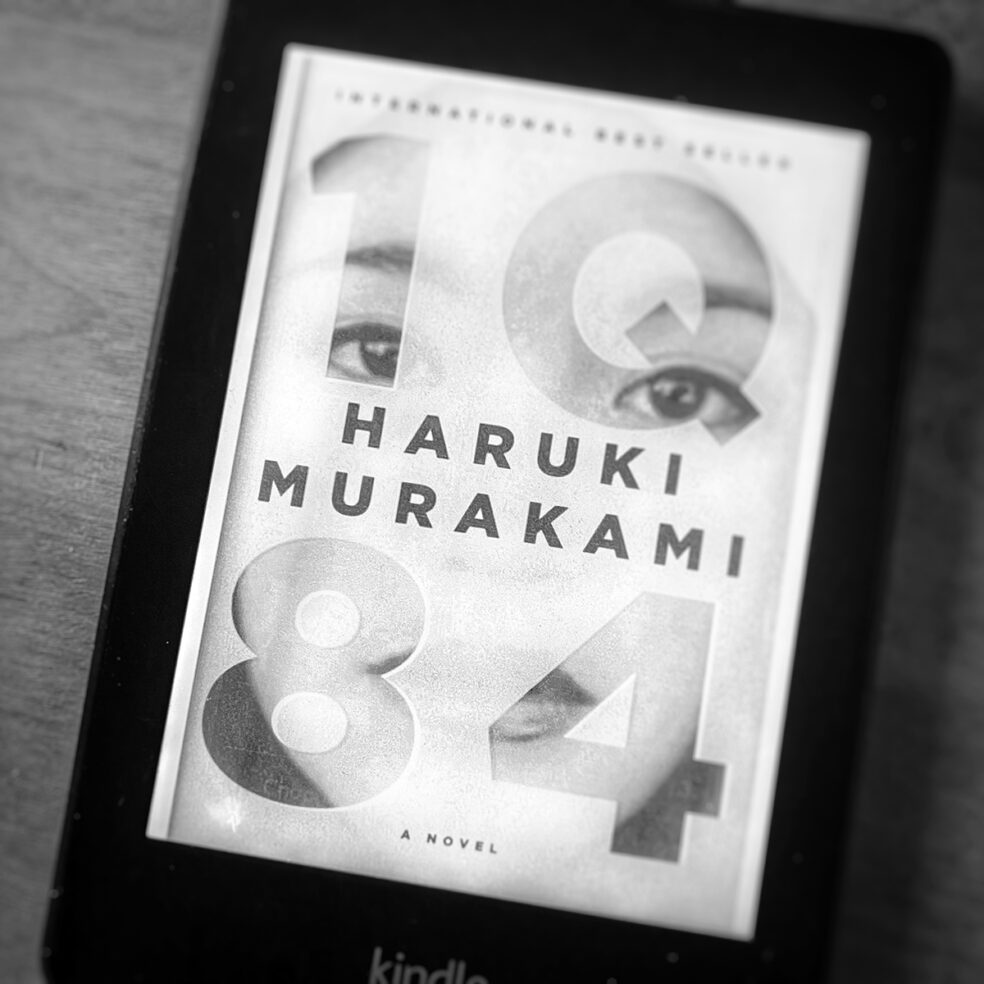 You know how I feel about Murakami. Well, he did it to me again. Murakami, and his style, hook me in each and every time. Things always start off so innocently. A woman in a taxi on an expressway. A simple suggestion by the driver and suddenly I’m in a world of the unknown.

The further along things go, the more they make sense. Or do they? And there are passages that are somewhat uncomfortable to read. And you know they are coming and you end up reading them anyway.

I spent several weeks on this book, which should tell you a lot, and I was not waiting for the end. I was dreading it. Don’t worry, it wasn’t that bad. I just didn’t want the book to end.

You will see I’m giving you nothing about the storytelling, or next to nothing, but that is purposeful. It would do no good. You will either go along with it or you won’t. 1Q84 is considered a masterpiece and was hugely successful in Japan. There are reasons for this.