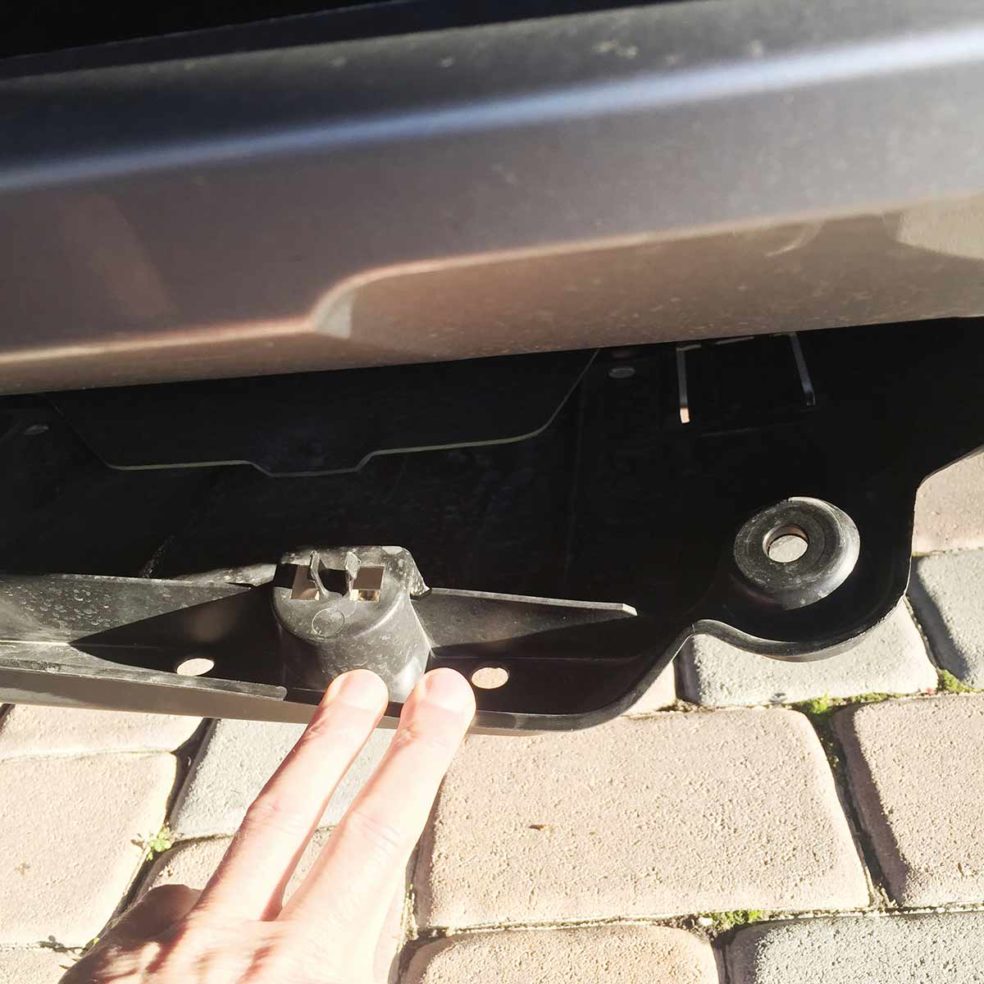 Hey, you’ve had my car for two weeks. Why bother reattaching the front skid plate? It makes such a great noise banging around at highway speed……..

In the past twenty four hours I’ve spoken with TWO friends who were on their way to Subaru to buy Foresters. Both of them said “Glad I read your post first.” One was going due to his wife being pregnant and he wanted to upsize from his Crosstrek. The second was already researching skid plates and lift kits when he came across my post. Both were entirely puzzled by why Subaru would think a brand new car being in an oil burning protocol was remotely acceptable. Neither is going to acquire a new Subaru.

It’s Friday morning here in California and I just came from my local dealership. This was my first visit to this dealer as I realized I can’t trust the original dealership AT ALL. The new dealer reinstalled my front skid plate/splash guard, which the previous dealership only halfway bolted back on after having the car for nearly two weeks. When I got in the car this morning I thought to myself, “Okay, this is it.” “This is the drive when the car feels normal.” And then the engine cutout over over again as I drove to the dealership.

There is a ray of hope, at least to some degree, as this new dealership is just that, new. I told my sob story to three different people. Two service folks and one manager who I’m guessing is a sales guy. I can only imagine being in their shoes and seeing someone like me walk in. They don’t want to hear this stuff, I get it. What I did like hearing was “Our service manager is a master mechanic and can diagnose anything.” That was the ONLY positive thing I’ve heard from Subaru in the last two months. This dealership did seem surprised that I’m in an oil burning protocol. I got confused looks. I also got a “Why didn’t they just replace the motor?” I also found out a motor replacement is somewhere between two weeks and two months. But I don’t want a new motor. I simply want what I’m paying for, a fully functional, new car. The new dealership people at least humored me and were pleasant overall.

By the way, I told three different people the entire history of this debacle because I need translators. I need people to help me help those who are attempting to fix my car. Did I really just have to write that??????????

I describe the engine cutting out at highway speeds, and on the paperwork it says “engine dies.” And I’m like….“No, no, no, it doesn’t die, it cuts out!” Arrrrrgh. I’ve been thinking about what Subaru service first told me. If two quarts of oil in 4000 miles is “normal,” then I should be carrying THREE QUARTS between oil changes. Just one question. How does a car that burns this much oil pass emissions? How do I pass smog check with this car? And if my car is burning this much, and other people are having the same issue, how do ANY of these cars pass emissions?

So far Subaru has had two chances to do the right thing and every time they have chosen to abandon the owner.

A friend said to me, “Subaru has NO idea what a fan they would have had if they had just delivered a functioning vehicle.” What is truly strange is when one division of a dealership is telling me “things are totally normal” and other divisions of the SAME dealership are telling me “Subaru needs to buy back this vehicle.”

On a funny side note, in the middle of all this I’m getting my new owner packages from Subaru and my online travels have assured me a relentless barrage of Subaru advertising every step of my internet way.