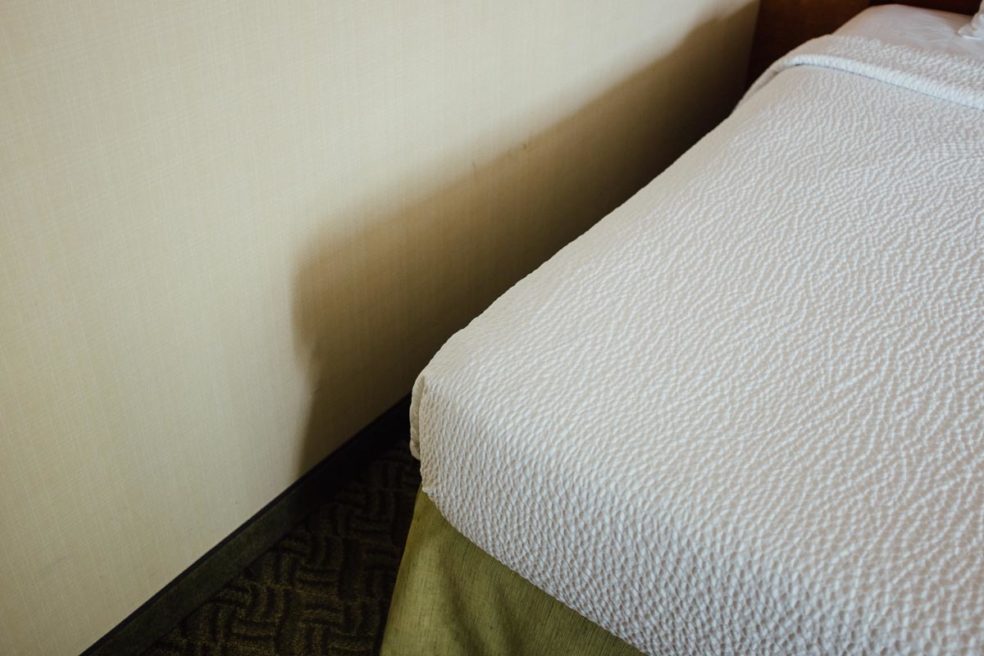 The driver was high. Very high.

The back door of the cab wouldn’t open, and when I asked about sitting in the front the driver said the passenger seat was covered in coffee ice cream. It was 5:30AM. The airport was less than two miles from where I stood outside of the impenetrable cab, but the driver was lost. His GPS wouldn’t work and he was having trouble focusing. “I’ll get you there,” I said as he began creeping forward like someone who is so high they don’t know they are moving in slow motion.

Why not take another cab? Or Uber? What fun would that be? This was only getting better by the moment.

Time to pay. The credit card machine won’t work. Nor does the software on his phone, but he probably now has my credit card data. Cash. Cash money. He has no receipts. And he has no change. He’s managed to park the car at an alarming angle in front of terminal three. I walk away and don’t look back. Don’t want to curse him, but I hope he gets an uptight Newporter for his next fare. That would be worth watching.

Full flight. Asleep before we take off. Dreaming of somewhere else, another life, but when I wake I can’t remember the details. In the bubble. The travel bubble where the stupidity and selfishness around me, heightened by everyone on their phone, is just background noise. These days my eyes are open, when I’m not actually asleep. You never know. Might want to know your sight lines and exit points. Or not.

Nothing works. Escalators, ticket machines, intercom. Broken, failing systems. When this place goes it’s gonna be brutal. And go it will, at some point. Hopefully a long time from now. This exact moment. The train is packed. Sweat. I watch a guy take ten hits from a bomber joint before getting on the train. I love the smell of weed. He’s got his Niners jersey and is so high by the time he gets on he switches from this strange dance where he is tapping his elbows like a cheerleader to begging the train to stop so he can get off. People try to move away, but that’s the beauty of the train. You can’t move. Just endure.

The office is quiet. Dark in parts. The pace here isn’t normal. Nothing about San Francisco, Tech or what we do is normal unless you work in one of these areas, and then everything seems normal. Even the guy sleeping on the escalator or the fact that you might have to dodge a Ho Ho wrapper as it comes down the street in the San Francisco wind, covered in just enough residue to cause a problem if it hits and sticks. Goddamn Ho Hos. As a species we are powerless against them.

“Are you here to make photos?” “No.” Even as the question is aimed in my direction I wonder where my camera actually is. Luckily I brought one. The battery is stone cold dead. And one of my three batteries is missing. Gone. Donated to the unknown. No recollection of where it went. Guess I’ll work with two now. I’ve never needed a second battery but for some reason it feels good to know it’s there.

Meetings. Shown this and that. Feels good. New things. I think of what these will mean to you and you and you, and also what you will ask for next. There is always the next, even when you haven’t explored the this, that or now. It’s what we do now. Ask. For more. Thankfully, someone out there is listening. Making. Scheming and designing.

Wind wipes the flags. I study the map for later.

InDesign open. Create a new master, but the spark is gone. It’s just gone. I can’t look at the same shapes and lines and composition and rehash it ever again. So I sit and think about words. Just words. Can I get the same feeling without the visual. It sure would be nice, but I’m not sure I’ve got the chops. Gary Clark Jr. on the headphones. He plays electric. Mostly. Can you play this on an acoustic. Ya, probably. But will it sound the same? Not even close. This is what I face now.

How do I remedy this? I think I have to go out and do. Make. Or maybe I have to turn inward and just sit in front of this little machine. Imagine. Or get out of my own head for once and forget it all. I dream about how I want you to feel when you see something, but to complete the dream I have to have the goods. I don’t have them. And I know what it will take to get them and I know it won’t happen. So if I change up am I just foolin? Me, you?