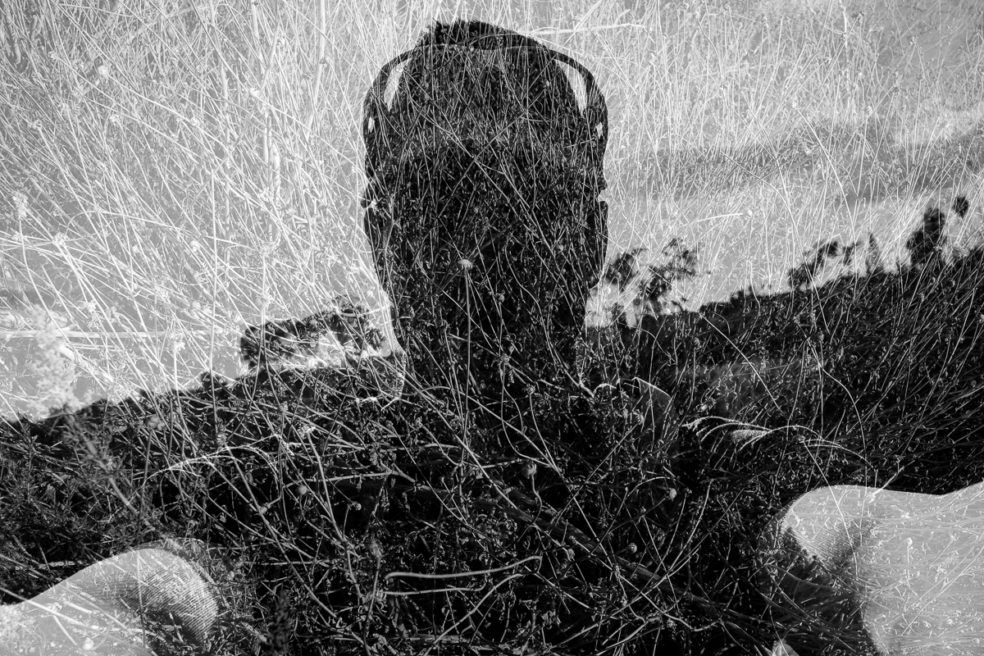 Yep, I took a selfie. In my own defense it was during test mode. Trying to figure out what all the buttons on the XT2 are actually for. Do you know this camera has autofocus? Wow, news to me. So I was making my way through the buttons and wheels and knobs and gears and came across the multiple exposure dial. Who knew? And due to my dedication you are graced with this image. Probably the best image of all time. You’re welcome.

In the past I’ve done audio to accompany these posts but this one really didn’t require much explanation. Two exposures, handheld. DONE. This is titled “The Fuji File,” so let me provide a bit more info on that angle. The XT2 is the first digital camera I’ve had that I don’t feel is holding me back, making me mad or is too big to carry as a system. I’ve had dozens of digital cameras over the years, including things like the Canon 5DIII I still have, and all the lenses. The Canon system is what I would call a more robust all around system, but it all depends on what you do. If I was working full time as a photographer and needed to shoot everything under the sun I would never get rid of that Canon system. However, that’s not me anymore. Photographically I’m back to where I want to be which is shooting what I want, traveling and doing stories, and for this the XT2 and my three lenses are nearly perfect.(23,35,56) Coming from so many years with Leica the Fuji feels normal to me. Size, weight, lens options and responsiveness are very close to what I had with my old, German friends but the autofocus and low light abilities of the Fuji are a good addition. And the color out of the Fuji is maybe the best of any camera I’ve used. One final thought, the price. Fuji isn’t going to kill you on the prices. Just compared a f/2 Leica lens to the price of an f/2 “Fujichron” and you will probably poop your pants.

I need to add one more thing here. Embracing the Fuji is also about lifestyle. This often gets overlooked in the gear talk but it’s probably the most important aspect. For the first time ever I don’t miss the lifestyle of film. It is SO much easier to travel and move with the Fuji system, or any digital system for that matter. Before, when I was using a digital system I didn’t like, I would gladly carry four different film bodies and matching film stocks. I can remember MANY trips with Polaroid(Impossible), Hasselblad, Leica x2 and Canon and all my audio kit. I had my bags sorted and my system in place, but it got more and more difficult.

Do I get the same images with the Fuji I got with all these other systems? No. But what I get is something new, or at least new to me, and the trade off of ease of operation frees me to do other things. Just to give you an example let me give you a case in point. You are traveling in Australia and you have to do an interview and portrait. You have a roller bag and two backpacks to carry your film systems, film, audio kit, Blurb stuff, snacks, water, etc. You leave the hotel and have to take a taxi as there is no way to take public transport, or ride a bike, skateboard, etc. You arrive, unpack, shoot four systems, do interview and then the person you are interviewing says “Hey, do you know so and and so, we should go over and see them.” “Ahhhh, well, I’ve got all this gear.” You either take it all with, which means you can’t go anywhere out of line of sight of the equipment and it means you can’t move quickly and easily. Again, this might not seem like anything major but it changes everything. Now, I have one small, Atlas pack. Light, mobile, easy. Now, diehards will say “Oh, that’s stupid, just take one system,” but that doesn’t work. Gonna shoot street with your Blad? No. Gonna shoot a square negative portrait with your Leica? No. I built twenty year histories with these systems, and they don’t cross pollinate. And matching my audio files with instant film isn’t going to happen without the Roid. I guess you could say I’m finally embracing a digital lifestyle. This doesn’t mean I have ANYTHING against film or that I won’t use film again. These are simply two very different modes of operation. I find it fantastic to see so many people doubling down on the film life. It is, however, really funny to see hipsters approaching film as if it was just discovered, and let me be the first to say there is a TON, and I mean a TON of work being promoted simply because it’s film based, and the vast majority of it isn’t good by ANY standard. Just because you shoot with a Contax 645 and TRI-X doesn’t mean your work is good. I think the entire photo community needs some tough love when it comes to being able to understand what makes a great photograph, and more importantly, understanding how rare truly great images actually are.

The only thing missing for me is a second body. When I’m shooting, for real, I just don’t have the time to change lenses, and my sensor is already getting dirty. Yesterday I was emailing with someone about a potential trip through remote Northern Argentina, Southern Bolivia and Chile and my first thought was “Oh man, so dusty.” “If I have to change lenses I’m hosed.” With a second body the 23mm and 35mm would be stapled on. And traveling anywhere with only one body is a risky, risky move regardless of how good the cameras are. I have fielded MANY panicked calls over the years from photographers in remote areas with one, broken camera.(My wife works for Canon.) My first thought is always “You went to such and such a place with ONE camera?”

To wrap this mess up, the key here is USING the camera not talking about it. So get out there.