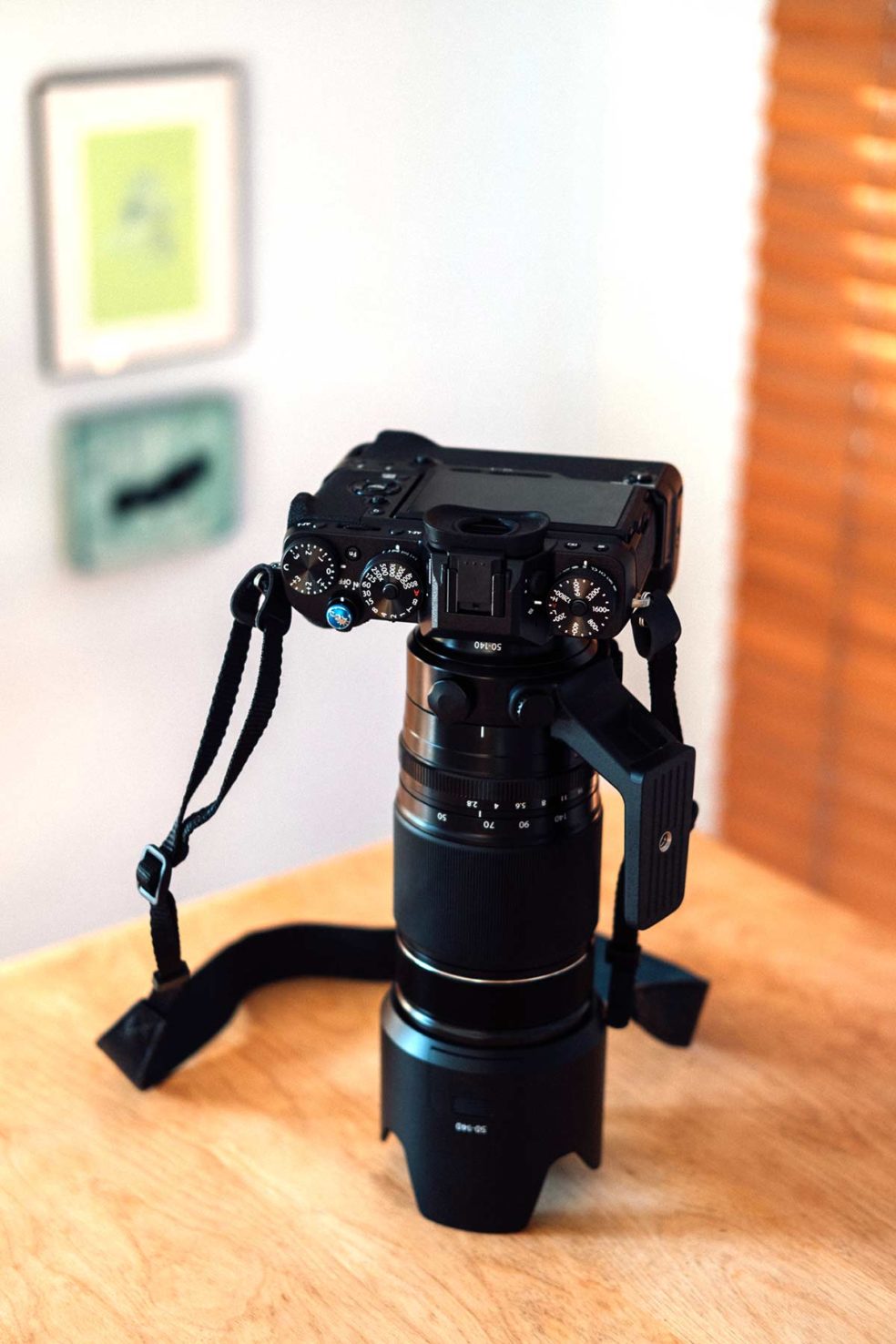 Bought a second XT2 and 50-140 2.8. A little background. The Fuji XT2 is the first digital camera I’ve had that I actually really like. I got my first digital camera in 1997 and was shooting assignments with it within days. And even before I got my own digital camera I was using other people’s, going back to 1993, which is the timeframe I shot my first digital photograph.(A professional basketball game.) I’m known as a film guy, which I was until very recently, but I’ve also used digital a lot longer than many others, something that gets lots in the race to draw lines in the sand and because I don’t love the lifestyle of digital and I’m a total dumbass when it comes to anything tech. And my body gives off a death ray.

Back in the early 1990’s Canon released two lenses that forever changed the photography world. The 20-35 2.8 and the 70-200 2.8, fixed aperture, L-series zooms. Until this moment zooms sucked. Soft, lots of flair, etc. Then Canon blew everyone’s mind. Now, the other half of this equation was the Canon EOS 1 which brought REAL autofocus, 5fps drive, UBER tough pro body that caught the rest of the photography world by what appeared to be total surprise. The shift from the industry being 80% Nikon to 80% Canon happened quickly and without mercy. Couple this with Nikon countering with a first gen F4 which was super buggy.(I had two of them so I know.)

So my new zoom isn’t anything new it’s just the latest version and from Fuji no less. I bought this lens for a specific kind of photograph I now find myself needing to make. Something outside the bounds of the 35mm, 50mm world I’ve been living in for so many years. And there is no way to get this kind of photograph without a longer lens. I know because I’ve tried and failed, most recently on a trip to Houston where I found myself holding the XT2 to my eye, with an 85mm, and thinking “Shit, I can’t make what I need.”

Now, this lens is 4x larger than any other lens I own, so it’s not going with me on backpacking trips, or even foreign travel trips where I’m simply exploring and shooting.(Planning one of these now actually.) On these trips I’ll be streamlined with XT2 x 2 and my 35mm and 50mm. Batteries, cards and fresh stack of 8×10 glossy, self portraits I’ll be handing out to unsuspecting cultures worldwide. “Dan Milnor, damn glad to meet ya, here take one of these for the wall at home.”

Okay, here is where the geeks will curse me and sign off. I don’t know anything about these cameras and lenses. They work. They are small, quiet, tough, light and when I press the button it goes off. The lens has that stabilizer thing and there is a button on the side that does something when I flick it back and forth, I just don’t really know what. What you will NOT see on this post is photographs of something like a deck chair or bush in the garden with enlargements showing resolving power and resolution. I’d rather eat a lightbulb. The lens is sharp. There, my tech review is complete.

The camera is set to Aperture priority, so in essence it’s a point-and-shoot with a real viewfinder and real response time. The camera isn’t full frame but 99% of the photographers I know don’t really need full frame they just think they do, and most are lazy and want full frame ONLY because they want to shoot EVERY SINGLE PICTURE THEY MAKE at 1.2, which not only looks ridiculous but also makes their work LOOK LIKE EVERYONE ELSE. If you didn’t shoot this way with your Leica or Blad then why would you do it now? Why? I also hear feeble arguments about needing full frame for print sizes….PLEASE. If you are Ed Burtynsky, SURE, you actually need large files, but for everyone else you don’t and you are doing nothing more than burning hard drive space or better yet……you are deleting everything but the selects because your drives are filling up…….this just kills me and I hear about people doing it all the time.(If you are a pseudo photographer than yes, go ahead, but if you investing your life in become a REAL photographer and you are truly attempting for photography to be something you will continue to learn and expand upon then don’t you dare even think of deleting images. What would Magnum be without those contact sheets? You know what they would be? They would be GONE. Out of business.)

The vast majority of us don’t make work good enough to print at 40×60 or larger, and even if we did, with printing tech now you could probably still do it with the XT2. (And oh by the way, larger prints aren’t viewed from six inches away like photographers like to do. They are viewed from a distance. Think highway billboards, ever seen one of those up close?) Also, the Fuji gear is priced so awesomely. Yes, I said awesomely. I bought body, booster and two lenses for what I would have paid for a body only from other companies, and I get almost precisely what I had in my beloved Leica cameras. Two f/2, weather sealed lenses and two lightweight, metal bodies that fit in the palm of my hand. The image quality and color are superb.

Wait for it. I don’t miss film. Not at all. I will at some point, and my freezer of film isn’t going anywhere, but for now I’ll be lugging my new ZUPPERFLEX 10,000 lens around with me complaining about back pain and failing vision. I won’t miss the airport hassles, the extra weight, the lead bags, the expense and the time spend shipping and receiving to and from the lab.(Again, I’ll be back doing this at some point.)

2018 is going to see my return to photography in a big way. Not AS a photographer mind you, just as an enthusiast with a track record. I’m going to start a new series on this site, about specific images, where I’ll mark up images and show why I think they are goood or bad. Then I’m going to monetize it all, get rich, get crazy, hit my peak, quickly collapse and hit rock bottom, then write a book about it and get rich again.

Hope to see you out there.